There are different mechanisms of governance that help aid and protect the well-being of the American public. Learn the definition of national ideals, the importance of having a national mission, the value of protecting the national interest, and the meaning of collision and balance in foreign policy. Updated: 10/07/2021
Create an account

When formulating your recommendations to the President, you need to take into account the nation's ideals, its mission and its interests. These three factors help guide foreign policy decision-making by providing a foundation from which to make sound decisions. Sometimes these considerations are aspirational, like ideals and the national mission, and sometimes they are based on simple pragmatism, like considerations of the national interest. Let's take a look at each in some detail. 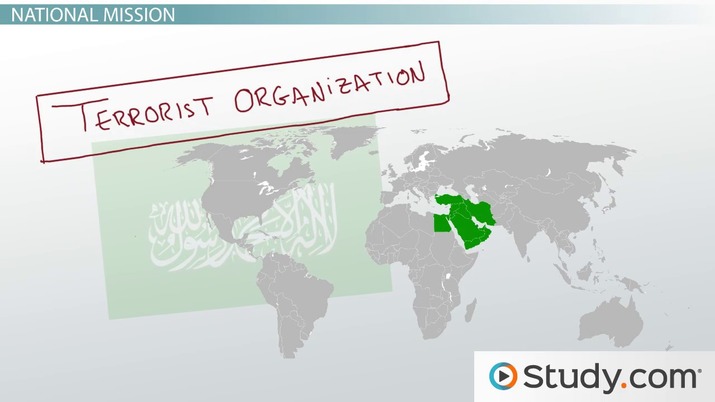 Try it now
Back
Coming up next: The Economics of National Security Policy

When making any recommendation to your boss, you need to consider whether your proposed recommendation aligns with the nation's ideals. Ideals are beliefs, values and principles that guide conduct. Fundamental principles of the United States include:

In an ideal world, all foreign policy actions are seamlessly in sync with the values and principles of the United States and applied consistently in both domestic and foreign policy matters. But this is not always the case. For example, the U.S. has a long history of supporting undemocratic regimes around the world.

As Secretary of State, you also must keep in mind the overall U.S. mission abroad when making your recommendations to the President. A foreign policy mission is the long-term objectives that a country wants to pursue abroad. A country's foreign mission usually closely aligns with its values.

The current mission statement of the U.S. Department of State in 2014 explains that its mission is to 'Create a more secure, democratic and prosperous world for the benefit of the American people and the international community.' You should note that this mission is stated in broad, even grandiose terms with little specifics. This isn't necessarily a bad thing because it gives policymakers and leaders room to maneuver in the chaotic sea of international relations.

An example of the U.S. national mission is 'spreading democracy.' You can see that this mission ties in nicely with our national value of representative democracy. However, pragmatism may dictate that we don't support all democratically elected governments. Hamas, for example, was democratically placed into power in the Gaza strip and held the majority of seats in the Palestine Parliament after the 2006 elections. However, it is considered a terrorist organization by the United States and a threat to Middle East stability.

Let's say that a country has decided to start a nuclear weapons program in violation of its treaty commitments under the Treaty for Nonproliferation of Nuclear Weapons. A state that violates such a treaty obligation threatens the national security of the United States for fairly obvious reasons.

After spending a few weeks in office, it will be clear that the ideals, mission and national interests of the United States sometimes conflict and make execution of foreign policy hard. Values and interests sometimes collide. Sometimes it's in the security interest of the United States not to support democratic governments and even support dictators. Even individual national-interest objectives can conflict.

We may have to sacrifice some economic security to provide for a strong defense, such as prohibiting the export of certain defense technologies. Likewise, we may turn a blind eye to human rights violations to keep from antagonizing a trade partner vital to our economic interests. At the end of the day, it's the job of policymakers to balance our national values and mission against our day-to-day pragmatic national interests.

Let's review what we've learned. Policymakers should be cognizant of our national ideals, mission and interests when developing and implementing foreign policy. National ideals are the beliefs, values and principles that help form the basis and justification for a nation's course of action in the world. A nation's mission involves long-term broad and often grandiose objectives that a nation wishes to achieve in light of its ideals, while a nation's interests involve its pragmatic political, security, economic and ideological objectives. While these three components are sometimes perfectly aligned, sometimes there are conflicts and policymakers must balance them to achieve the best policy for the country given the circumstances.

Shifting Power From Majority to Only a Few: Factors & Process

Shifting Power From Majority to Only a Few: Factors & Process