Tawnya has a master's degree in early childhood education and teaches all subjects at an elementary school.

If you ever think about who's telling the story, you're trying to figure out the narrator. In this lesson, you'll learn about the three different point of views in which a story can be told. So, let's search for ways to find the narrator's identity. Updated: 06/13/2022
Create an account

Let's examine an excerpt from The Call of the Wild by Jack London and think about who could be telling the story:

''Buck was neither house-dog nor kennel-dog. The whole realm was his. He plunged into the swimming tank or went hunting with the Judge's sons; he escorted Mollie and Alice, the Judge's daughters, on long twilight or early morning rambles; on wintry nights he lay at the Judge's feet before the roaring library fire; he carried the Judge's grandsons on his back, or rolled them in the grass, and guarded their footsteps through wild adventures down to the fountain in the stable yard, and even beyond, where the paddocks were, and the berry patches.''

You can identify these by looking for pronouns. A pronoun is a word that replaces a noun. In the previous example, the narrator isn't a character in the story. The pronouns ''I'' and ''we'' aren't used. Instead, the narrator uses ''he'' and ''his.'' Let's now investigate how to determine narrators! 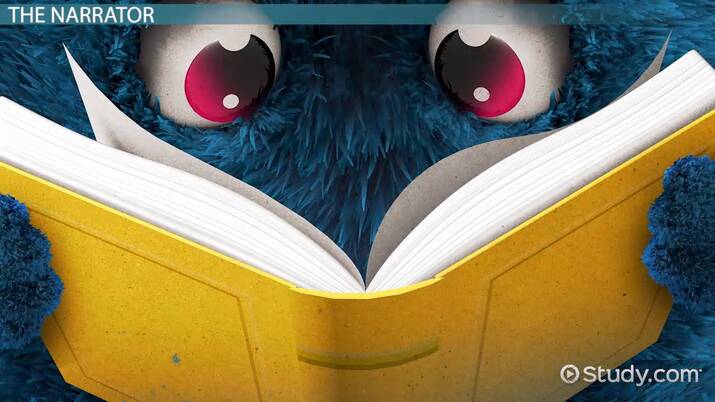 Coming up next: Identifying & Decoding Technical Words: Lesson for Kids

You know a story is in first person when the character himself or herself is telling the story. The narrator is often, but not always, the main character. This chart on first person gives you more information:

Let's look at another example:

''It was the first time I ever performed on stage. Our school was having a talent show. My talent was juggling five, large, plastic rings at a time. My heart felt like it was going to sink as the announcer said my name.''

There are three different ways a narrator can use third person point of view: objective, limited, and omniscient, depending on how much of the story they are aware of. This chart can be used to learn more:

''It wasn't easy being trapped in a cabin during a blizzard. Kara and her family had been overjoyed going on a holiday trip. Little did they know an enormous blizzard was brewing! Her brother asked, 'How will we get more food?'''

A narrator is a person telling a story and those stories can be told from different points of view, or ways of telling a story based on pronouns and amount of information known. By searching carefully for pronouns (words that replace nouns) in a story, you can figure out which point of view is used. Knowing if the story is first person, second person, or third person tells you who the narrator is.

Identifying the Narrator of a Text: Lesson for Kids
Related Study Materials

Analyzing Multiple Accounts of the Same Event or Topic: Lesson for Kids

Determining the Problem and Solution of Text Read Aloud

Making Real-Life Connections Between Words & Their Use: Lesson for Kids

Clarifying While Reading: Lesson for Kids

Using the 5 Ws to Find Details in a Passage

Using Illustrations & Words to Understand a Text: Lesson for Kids