Identity achievement refers to when someone has a well-defined sense of what their values and goals in life are and is highly committed to making them come true. Learn about James Marcia's identity theory, explore the definition of the four identity statuses, and take a closer look at an example of identity achievement. Updated: 09/07/2021
Create an account 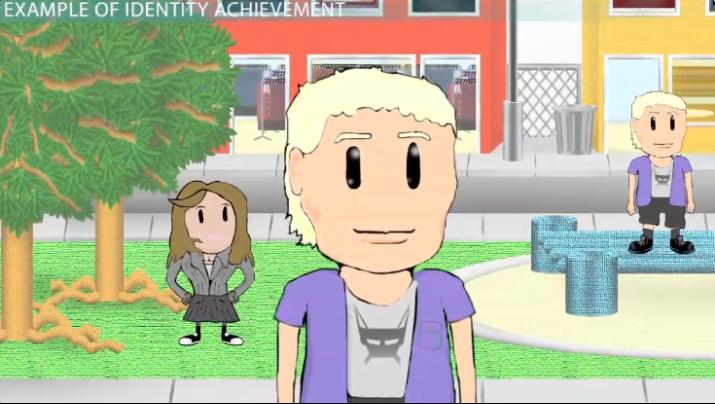 Adolescents at the identity achievement stage have actively explored and examined different values and beliefs and have finally chosen those that are most important to them. They are able to sort out who they want to be and what their life's purpose is. They realize what their priorities are. These adolescents are also confident and positive that they chose the right values and beliefs.

Let's take Sally, for example. Sally's parents and grandparents are both medical doctors, and as college students they all went to the same medical school. Ever since she can remember, Sally's parents have always told her that she was going to be a surgeon. Although Sally thought the world of her parents, she did not think that she wanted to spend all of her time caring for sick people.

In middle school, Sally joined the science club and took field trips to different science centers around the country. One particular field trip sparked Sally's interest in neurobiology. Sally figured out that neurobiology was more than just helping sick individuals; it also involved working in a laboratory and doing research that can help sick and healthy individuals. On her 18th birthday, right before she began applying to college, Sally informed her family and her school counselor that she had decided to become a neurobiologist.

The concept of identity achievement was developed by developmental psychologist James Marcia. Marcia believed that there are four processes that adolescents can go through as they develop their identity, which he called identity statuses. An adolescent's identity status depends on two conditions:

Senescence & the Biology of Aging