Mary works at an airplane manufacturing plant. She's a member of a union, which is an organization of workers who act as a unit to advance their mutual interests and improve the terms and conditions of their employment. One of the most important tools in a union's toolbox is the right to collectively bargain with the company. 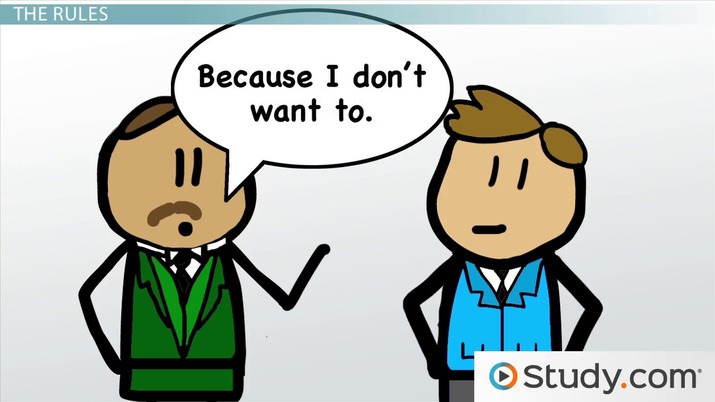 Coming up next: Roles and Duties of Union Members and Leadership

There are some important restrictions to collective bargaining. First, the company and union cannot enter into an agreement about something that is illegal under federal or state law. For example, a union cannot bargain away Mary's rights under workers compensation law or under the Civil Rights Act of 1964.

Second, rights and duties imposed by law cannot be waived. For example, Mary's union rep cannot agree to waive an employer's obligations under relevant Occupational Safety and Health Administration regulations and standards. Mary has a right to the safety and health regulations under OSHA, and those protections cannot be bargained away.

The union representative and the negotiator for management must follow some basic rules while engaged in the collective bargaining process. Let's take a look.

The law does not require that an agreement be reached, but it does require that each side negotiate in good faith over the mandatory subject of bargaining until they reach a deadlock. You can think of acting in good faith as acting with sincerity and dealing with the other side fairly.

Collective bargaining can be time consuming and complicated, so you may wonder why the heck anyone would want to bother? It's all about bargaining power, which is the ability of a party to compel an agreement from the other side on his own terms. In other words, if one side has greater bargaining power than the other, the side with more power can force the weaker side into an agreement that favors the stronger party.

Collective bargaining gives employees, like Mary, leverage to improve their bargaining power. Mary will find it exceedingly difficult, if not impossible, to move an employer to a concession because it's pretty hard for little old Mary to negatively affect an employer. For example, if Mary decides to quit if she doesn't get a wage increase, Mary is pretty much replaceable at a modest cost. Likewise, if a job applicant wants more pay than an employer is willing to pay, there is usually a line of applicants outside willing to take the wage - especially in times of economic hardship.

Collective bargaining balances the scale and gives employers and employees relatively equal bargaining positions. When parties have equal bargaining power, no one can take advantage of the other, and the chance of a fair agreement for all is much more likely.

There are legal limitations to the collective bargaining process. First, the parties cannot agree to something that is illegal under state or federal law. Second, rights and duties imposed by law cannot be waived by agreement. Third, an employer must bargain with, and only with, the duly selected collective bargaining unit representative.

What Is Collective Bargaining? - Definition & Process

A Historical Outline of Organized Labor in the United States