In the Odyssey by Homer, we're thrown headfirst into Odysseus' trials as he tries desperately to make his way back to his beloved wife, Penelope. We'll look at the concept of fate and justice and the important role each plays in the Odyssey. Updated: 06/04/2020
Create an account

Would you be willing to suffer the anger of the gods, fight battles, travel to Hades, and have your homecoming trip to your family take ten years, after having fought in the Trojan war? In the first lines of the Odyssey by Homer, we are introduced to Odysseus, the hero, who did just that. ''Tell me, Muse, of the man of many devices, who wandered far and wide after he had sacked Troy's sacred city, and saw the towns of many men and knew their mind.'' For ten years Odysseus traveled, leaving his wife, Penelope, to hope for his return while fighting off suitors who have come to take her and his land. The gods on Mount Olympus soon get involved in his return. 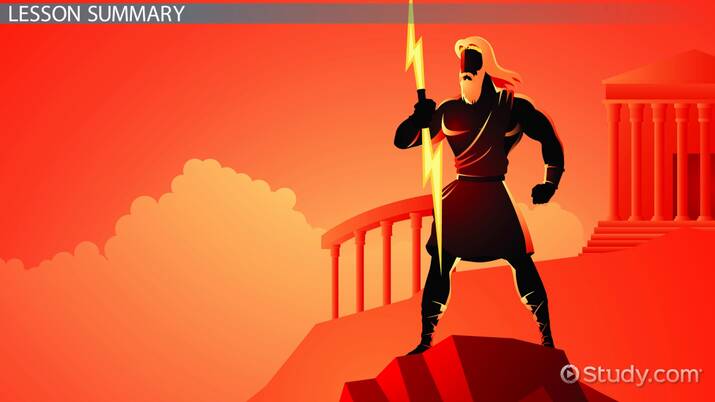 Coming up next: The Odyssey Discussion Questions

Zeus agrees to send Hermes to get Odysseus released from the island of Calypso, while Athena, disguised as a man, goes to Ithaca to warn the suitors of Odysseus's return. The gods on Mt. Olympus are aware of the difficulties Odysseus is having and the frailties of man. Zeus is not pleased with how men blame the gods for their troubles. ''Ah how shameless -- the way these mortals blame the gods. From us alone, they say, come all their miseries, yes, but they themselves, with their own reckless ways, compound their pains beyond their proper share.'' Here, we're reminded that it's important to assume responsibility for our own actions, even if we don't want to. We can never move forward until we accept the error of our ways.

Poseidon is angry with Odysseus, and we can see the concept of fate, or destiny, in the way he carries out Zeus's will. ''For his sake Poseidon, shaker of the earth, although he does not kill Odysseus, yet drives him back from the land of his fathers. But come, let all of us who are here work out his homecoming and see to it that he returns. Poseidon shall put away his anger; for all alone and against the will of the other immortal gods united he can accomplish nothing.'' Poseidon must allow Odysseus to return home in order to fulfill Zeus' orders, but there is nothing in that order that says how long it must take, how many obstacles can be thrown in Odysseus' way, or whether he can make Odysseus suffer. We're left to consider the concept of fate versus free will and then ultimately whether our path to an eventual end matters at all.

The seer predicts that things will not go well for the suitors who have come to Ithaca to steal Penelope from Odysseus. ''Poor wretches, what evil has come on you? Your heads and faces and the knees underneath you are shrouded in night and darkness; a sound of wailing has broken out, your cheeks are covered with tears, and the walls bleed, and the fine supporting pillars.'' We should not be surprised when the seer's prediction proves right, and everything goes terribly wrong for those who came to take everything Odysseus treasured.

Odysseus' son, Telemachus, calls out to Themis, the Greek goddess of Divine Law, asking for help with the suitors who are threatening his family and their land. He says, ''. . .fear also the gods' anger, lest they, astonished by evil actions, turn against you.'' Telemachus is putting the suitors on notice that what they're doing is offensive to the gods and telling them to beware, for those who anger the gods will be dealt with harshly. The gods will see that justice is done.

Alcinous, King of the Phaeacians, offers Odysseus a way to get home, believing he has suffered too much for too long, and it's time that justice is served. He offers this: l'Let us man by man each one of us give a great tripod and a cauldron, and we will make it good to us by a collection among the people. It is hard for a single man to be generous.''

When Odysseus finally makes it back to Ithaca and his beloved Penelope, he must deal with the suitors who have destroyed his land and tried to take his family away from him. ''You dogs, you never thought I would any more come back from the land of Troy, and because of that you despoiled my household, and forcibly took my serving women to sleep beside you, and sought to win my wife while I was still alive, fearing neither the immortal gods who hold the wide heaven, nor any resentment sprung from men to be yours in the future. Now upon you all the terms of destruction are fastened.'' Odysseus believes that justice will be served if the power of the gods falls upon the suitors. They deserve pain and suffering and destruction; anything less would be a disservice and an injustice.

In the Odyssey by Homer, we can see the importance of the concepts of fate, or destiny, and justice. Free will versus fate must be considered when considering the trials Odysseus faces. As human beings, we must assume responsibility for our own actions; we cannot blame everything on external forces.

Justice triumphs when Telemachus asks Themis, the Greek goddess of divine law, for help, and he lets the suitors know that angering the gods is a dangerous business. We are witness to his exhilaration when the gods intervene to help Odysseus finds his way home, and when the power of the gods falls upon the suitors for the pain they have inflicted on our hero, we feel justice has been served.

Poseidon in The Odyssey

Penelope in the Odyssey: Quotes & Weaving

Who Is Eumaeus in The Odyssey?

Themes of The Odyssey

Who Are the Suitors in The Odyssey?

Ogygia: An Island in The Odyssey

Achilles Quotations from The Iliad

Phaeacians in The Odyssey

Is Odysseus a Hero? - Character Analysis

Hades' Underworld in The Odyssey

The Nurse & Comic Relief in Romeo and Juliet