Rachel holds a PhD in English Literature and Creative Nonfiction and has written for numerous literary publications. She has taught courses in fiction, nonfiction, poetry, and composition courses at the community college and university level.

In this lesson we will learn about Jhumpa Lahiri, Mulk Raj Anand, R. K. Narayan, and Anita Desai as well as their works, influences, and writing inspiration. We will also learn the names of additional important Indian creative writers. Updated: 09/13/2021
Create an account

Anyone interested in short stories will be advised not to exclude the works of Indian writers. The social diversity, history, and languages of this subcontinent is celebrated worldwide and often explored in the succinct and powerful short story form. Let's explore just a few of the well-known Indian authors that are known for their short story work, as well as other formats. 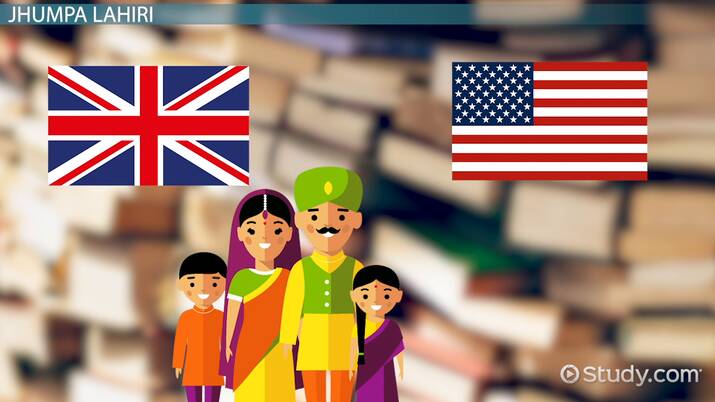 Coming up next: Short Story Writers from Spain

Jhumpa Lahiri is one of the most famous literary writers today. She was born in England but relocated to the United States with her family when she was a child. Her entry into the publishing world was not easy. In fact, for many years her work was rejected before she finally took off in the literary scene.

Mulk Raj Anand was born in Pakistan just after the turn of the 20th century. He had a long life and wrote not only short stories but novels and nonfiction works as well. Born into the working class, he witnessed much suffering rooted in the problems of a cruel caste system, a system that divides people by the economic and social rank they were born to, throughout his earlier years.

This frustration certainly influenced his work, which became nationally recognized when he won the Padma Bhushan in the field of literature and education, an extremely high award in India. For his novel The Morning Face, Anand won the Sahitya Akademi Award, an extremely prestigious international literary award that recognizes works translated into or from the many languages of India. Receiving this honor brought even more attention to all his work, including his short stories. Anand was politically active and always seeking ways to fight social injustice, which he was imprisoned for while attending college in London in 1924. He also fought in the Spanish Civil war in 1937 in order to oppose fascism.

R. K. Narayan is often credited with bringing international attention to literature of India, widely publishing both novels and short stories. Narayan was also born at the turn of the 20th century in 1906. Narayan's work highlights Indian culture and characters that represented the working class, much as John Steinbeck and William Faulkner highlighted American culture and the working class in their works.

Interestingly, it wasn't until after Narayan published numerous novels that he began publishing short stories. In fact, his first short story collection, Gods, Demons and Others, wasn't published until 1964. Like Mulk Raj Anand, he also won the Sahitya Akademi Award and received the Padma Bhushan award. He was awarded the AC Benson Medal by the British Royal Society of Literature nearly two decades before his death in 2001.

Anita Desai is another famous contemporary Indian writer, authoring children's literature, nonfiction works, and short stories. Her most recent work, three connected novellas titled The Artist of Disappearance, was published in 2011. Born in India in 1937, Desai didn't write during the heyday of the American modernist writers like Djuna Barnes and Mina Loy.

Desai's work is often compared to other modernist authors such as T.S. Elliot and Virginia Woolf. Her style of work is, at times, in the vein of the avant-garde , an experimental and highly artistic-driven form of literature. Her work has garnered several prestigious awards such as the Man Booker Prize, Neil Gunn Prize, National Academy of Letters Award, and the Winifred Holtby Memorial Prize, among others.

In this lesson, we learned about four very important Indian short story writers, the awards they won, and their influences and inspiration. Jhumpa Lahiri is known for The Interpreter of Maladies, a collection of short stories that won a Pulitzer Prize. Mulk Raj Anand was a writer and political activist. His works were often influenced by the caste system, which divides people by economic and social rank. R.K. Narayan brought international attention to literature of India and his work highlights Indian culture and characters representing the working class. Anita Desai is known for her avant-garde style, an experimental and highly artistic-driven form of literature.

A Passage to India: Themes & Analysis