Ever wonder what makes a criminal mind different from yours? In this lesson, we'll delve into the individual trait theory of criminology, which tries to explain and treat criminal behavior based on personality traits.
Create an account

Rob's brother Adam is in jail for robbing a store and hurting someone in the process. Rob is sad about this, but also curious about why Adam would turn to a life of crime. They're brothers, so why would Adam end up a criminal, while Rob remained a law-abiding citizen?

Criminology is the study of crime and punishment. It tries to answer questions like the one Rob is asking, about why some people commit crimes and others don't. There's no easy answer to that question, but there are many different theories about what causes crime. Let's take a look at one such theory, the individual trait theory of criminology, and how it influences social policy in America. 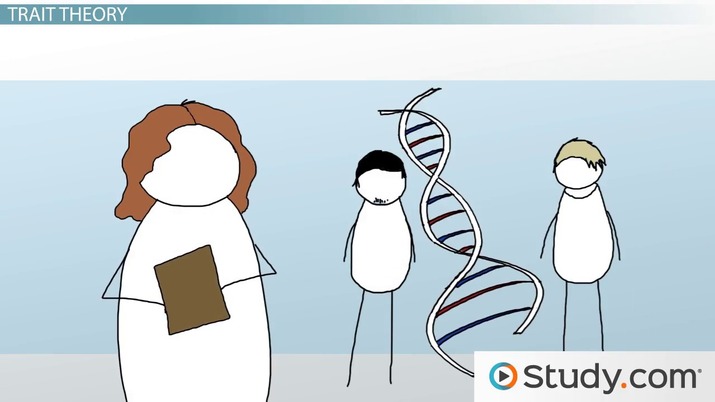 Coming up next: Psychological Theories of Crime: Assumptions & Weaknesses

Rob is confused as to why his brother Adam would end up a criminal, while Rob is a nice, non-criminal guy. What's different about the two of them?

Rob has definitely noticed that there are some differences in his personality and Adam's. For example, Rob is much more calm and laid-back than Adam is. Adam also tends to seek out danger and excitement more than Rob does: while Adam likes to go skydiving and surfing, Rob likes to hang out on the couch with a book.

Usually, criminologists look at personality traits like psychosis or neuroticism or danger seeking behaviors. But in theory, any personality trait may be the cause of criminal behavior, according to trait theory. The point is that there is something that is a stable part of personality that predisposes a person to become a criminal.

But what causes those traits to manifest in a person? Adam and Rob grew up in the same house, ate the same food, and have a lot of the same genes. So why would their personalities be so different?

In psychology, personality (and many other things) is a combination of a person's genetics and biology (often referred to as nature) and a person's environment (often referred to as nurture). For example, though Adam and Rob have a lot of the same genetics, they don't have exactly the same DNA, so perhaps Adam just inherited a gene that makes him more uptight and danger seeking. In addition, though they grew up in the same house, they have slightly different relationships with their parents, which could have affected Adam's personality. So his nature (the genes) and his nurture (his relationship with his parents) could combine in complex ways to make Adam different from Rob.

Rob is starting to realize that he and his brother Adam might live different lives because they have such different personalities. But he now wonders, is there anything that could have been done to help Adam stay on the right side of the law?

The individual trait theory has had an influence on the American criminal justice system. Specifically, our social policy focuses on two approaches to personality traits in the context of criminal justice. They are:

1. Primary Prevention - which seeks to treat psychological and personality problems before they manifest as criminal behavior. For example, if someone had worked with Adam as a kid, his tendency to be uptight and to seek out danger and excitement might have been either contained or, at the very least, channeled into more productive activities than robbing a store.

2. Secondary Prevention - which seeks to treat offenders to help them avoid future criminal behavior. This is often called rehabilitation, and is a major cornerstone of our judicial system. For example, Adam is seeing a therapist in prison, who is working with him to try to change his behaviors and become a more productive member of society.

Criminology is the study of crime and punishment. The individual trait theory of criminology says that certain personality traits make people more likely to become criminals. Personality traits are influenced by both nature, or biological and genetic factors, and nurture, or environmental factors. The individual trait theory has had an influence on social policy, with a focus on primary prevention, or treating psychological and personality problems before they become criminal behavior, and secondary prevention, which treats offenders to help them avoid future criminal behavior, and is sometimes called rehabilitation.

The Effect of Trait Theory on Public Policies