A range of factors must be considered for an industrial landscape to function adequately, including land use, labor, and the amount of capital it will make or use. Learn more about industrial parks and the factors that go into their construction and operation. Updated: 10/28/2021
Create an account

In today's lesson, we're going to take some time to figure out what factors go into deciding where to set up industry. For instance, my neighborhood has a rather large industrial park, an area of land developed as a site for factories and other industrial businesses. It includes companies that turn out everything from railroad ties, to airplane parts, to decals, to cosmetics.

There've been many times when I've driven by it and wondered why all these industries decided to set up shop in what is usually considered rather rural Pennsylvania. To answer my question, a social scientist would most likely point to land, labor, and capital.

For starters, we need to nail down that maximization of profits is the most important factor when it comes to where to place an industry. Yes, many companies are interested in the welfare of the community or helping to strengthen the national economy, but when push comes to shove, they want to see their dollar stacks rising. 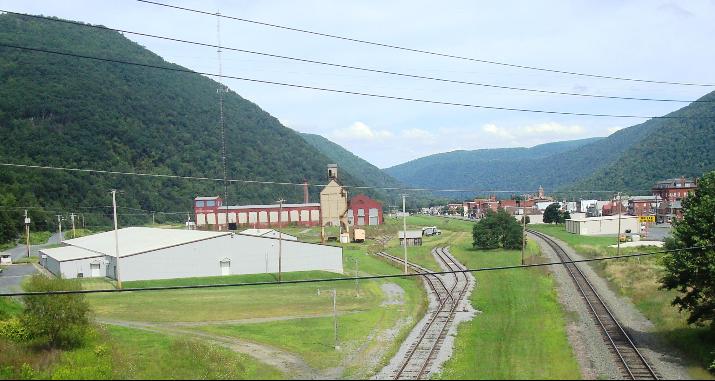 Coming up next: Service Industries: Origin and Types

One of the main ways to do this is to choose the correct land on which to build your industrial site. When discussing land, most industries want to be situated near the raw materials needed to produce their products. This is simply called proximity to inputs. For example, the forests of the Northeastern US supply some pretty good wood for lumber. This is probably one of the reasons the railroad tie facility located in our industrial park chose Pennsylvania over places like the plains of the Midwest.

Also, most industries want land that offers ease of transportation. The closer you are to transportation services, the cheaper shipping will be. Stated simply, what good is it to be close to raw materials if you can't get your finished products shipped off to customers without paying an arm or a leg?

Another simple fact is that industries look for land that is cheap. That's probably another reason the industries of my area chose to locate here. Land in rural Pennsylvania is a much cheaper than land surrounding New York City.

Of course, manufacturing industries don't usually venture too far into the countryside. After all, they need access to public utility services and some conveniences. In other words, infrastructure, or buildings, roads, and power supplies, are very important in site consideration.

Leaving our discussion on land, let's move onto labor. For our purposes, labor will denote a body of wage earners.

When deciding on a site, industry will take into account the supply of skilled, yet cheap labor within the area. This idea of finding cheap yet skilled labor has been the cause of much capital flight, a large-scale departure of financial assets and capital from a nation due to political or economic reasons. In other words, when an industry leaves a nation because it can find cheaper skilled labor in another nation, this is referred to as capital flight.

Speaking of capital flight, we come to our last topic: capital, or wealth in the form of money or other assets. When speaking of site location, industries often look for areas that offer the cheapest capital. An example of this could be a bank which offers very low interests rates.

Another example of capital consideration in site location is the availability of investors. This sort of capital is often known as venture capital, capital invested in a project in which there is a considerable amount of risk. These projects are usually new or expanding.

For instance, about a year or so ago, a group of winemakers in our area were able to get a group of wealthy business owners to invest in their production. Thanks to these venture capitalists, some skilled winemakers, and some grapes, our area now has a thriving winery.

An industrial park is an area of land developed as a site for factories and other industrial businesses. When choosing where to place these parks or individual industrial sites, the factors of land, labor, and capital are usually taken into account.

When considering the actual land, industries often seek to be near the raw materials needed to produce their products. This is referred to as proximity to inputs. Industries also look for land that is cheap but also offers a working and effective infrastructure, or things like buildings, roads, and power supplies.

Labor is a factor that also goes into site consideration. When speaking of labor, or a body of wage earners, industries often look for labor that is skilled yet cheap. This search for cheap yet skilled labor sometimes causes capital flight, a large-scale departure of financial assets and capital from a nation due to political or economic reasons.

Capital, or wealth in the form of money or other assets, is also another factor that affects site consideration. Things like low interest loans or the availability of venture capital, or capital invested in a project in which there is a considerable amount of risk, are considered.

Time Periods Overview & Facts | What are the Eras in World History?

Types of Land Use Overview & Examples | What is Land Use?