Kallie has a B.S. in Agribusiness and minor in Statistics from California Polytechnic State University, San Luis Obispo and M.S. in Agricultural and Resource Economics from University of California, Davis. She has extensive experience designing and performing economic analysis of wholesale energy markets and investigations of market participant behavior within these markets.

Inelastic demand means that there is little to no change in the quantity demanded by the consumers even if the price of a good or service changes. Learn about the definition of inelastic demand, the different ways to calculate the price elasticity of demand, such as through using the arc price elasticity formula or the price point elasticity formula, and review some examples illustrating how to use these two formulas. Updated: 09/05/2021
Create an account

Since demand for most goods is downward sloping, the elasticity of demand will always be negative. Sometimes the negative sign is ignored by taking an absolute value. In that event, an elastic demand will have price elasticity greater than one. In this lesson, the negative sign will be represented. Elasticity of demand is evaluated in terms of percent change in quantity relative to a percent change in price. 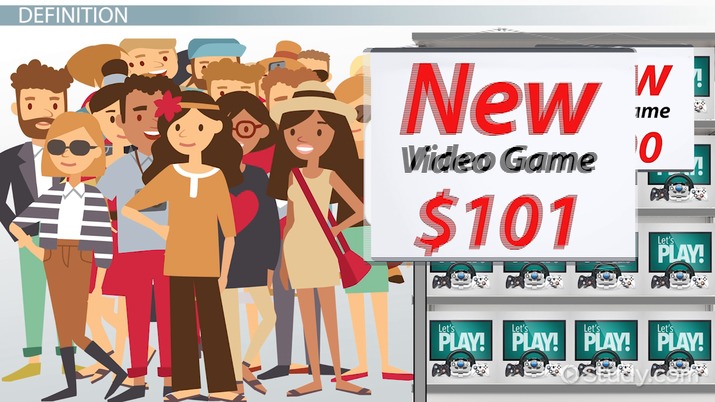 Coming up next: Circular Flow of Economic Activity: The Flow of Goods, Services & Resources

Price elasticity of demand can be calculated using the arc or price point method. The arc price formula is Ed equals P1 plus P2 over Qd1 plus Qd2, multiplied by the change in Qd over the change in P, where P1 and P2 are two price points on the demand curve and Qd1 and Qd2 are the quantity demanded given P1 and P2.

This method is used primarily when you either don't have a mathematical formula for the demand curve, or you aren't familiar with taking derivatives of equations. The arc method essentially assumes a linear demand curve between the two points when estimating the price elasticity. Therefore, the more curved the demand is between the two points, the more inaccurate the estimate.

The price point elasticity formula is where elasticity of demand equals P over Qd multiplied by d Qd over d P.

P is the price at which you are evaluating the elasticity of demand.

Qd is the quantity demanded at the point you are evaluating elasticity of demand.

dQd/dP is the first derivative of quantity demanded with respect to price.

Using the arc method, determine the price elasticity at $4/smoothie. Given the demand equation, first determine the quantity demanded at $4/bottle.

Now choose a second price to use as the end point to the arc and determine the quantity demanded at that point. The closer the second point is to the original price point, the less inaccurate the estimate will be. Let's pick $4.50/smoothie as P2.

At $4/bottle, Jamba Juice in summer, given this demand curve, is considered inelastic. Quantity demanded will decrease only by 0.092 percent - that's less than a tenth of a percent - with a one percent increase in price.

The first derivative of the demand curve with respect to price is -2.

An inelastic demand is one that is not very sensitive to price change, such that the percent change in quantity demanded will be less than the percent change in price. As seen in the price point elasticity of demand example, inelastic demand has a price elasticity between zero and negative one, not inclusive. The two examples also illustrate the slight difference in results when using the two methods. The arc elasticity of demand is a less precise estimation, especially when the curve is not exactly linear.

What is Elasticity in Economics? - Definition, Theory & Formula

Marginal Propensity to Consume: Definition and Formula of the MPC

What is Team Effectiveness in Organizations? - Definition, Models & Assessment

Factors that Affect Elasticity of Supply

How Changes in Supply and Demand Affect Market Equilibrium