Let's imagine a child of about five years old taking a typical standard intelligence test. He's presented with new information and asked to retain it. He's asked to retrieve useful information from memory and to categorize items presented to him. Is this something that can be done with an infant? Is it even possible to measure an infant's intelligence?

Researchers have found different ways to measure intelligence in infants. For example, advances in our understanding of visual perception and memory have made it possible to demonstrate that an infant is capable of the same skills measured in the previous example with the five year old. In fact, measurement of these skills can even be predictive of later intellectual performance.

Why would intelligence testing be performed at such an early age? A couple of good reasons exist for infant intelligence testing. One reason is that infants who are considered high-risk can be identified as either having or not having potential intellectual difficulties. This can relieve years of anxiety for parents of these children and allow those who are identified with potential intellectual difficulties to receive the earliest possible intervention.

Next, we will briefly examine five different tests that can measure infant intelligence: Gesell Developmental Schedules, the Fagan Test, the Bayley Scale of Infant Development, the Mullen Scales of Early Learning and the Cattell Infant Intelligence Scale. 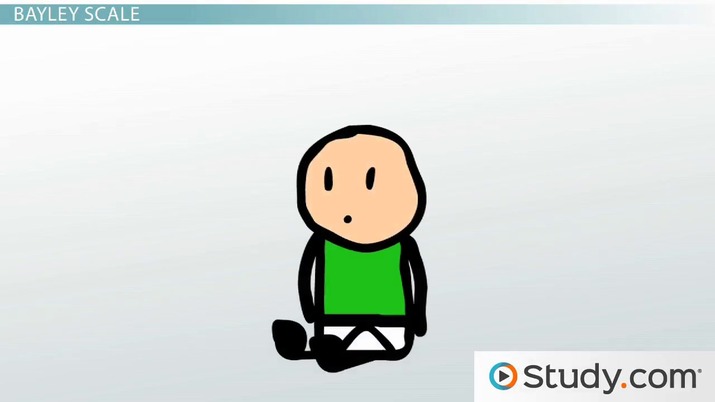 Coming up next: Child Creativity and Intelligence

Let's imagine an infant being given this test. The child is observed to see how well he can perform tasks, such as rolling over from his back to his stomach or pulling at a string to obtain a desired object. The information that is obtained is then compared to other children of the same age to determine if the actions are developmentally appropriate for the child's age. The Gesell Developmental Schedules are meant to catch neurological impairments that may exist.

The Fagan Test of Infant Intelligence was developed by Joseph F. Fagan III and typically tests children up to about 12 months of age. It evaluates an infant's intelligence through his or her visual perception skills and was the first available test that predicts later intellectual performance for infants with an acceptable level of accuracy.

The Bayley Scale of Infant Development was developed by Nancy Bayley and can assess infants from one month old to 3 years and 6 months old. The Bayley Scale is used to evaluate infant development in three main areas:

In other words, it looks at how an infant behaves, thinks and moves. Let's imagine an infant being given this test. First, toys are used to assess the child's perceptual abilities and problem-solving skills. Next, engaging activities are used to see how they interact physically with the world around them. A questionnaire that allows the child's parent to report on social and emotional behaviors is also used.

All of this information is combined to assess the child's overall developmental progress compared to other children the same age. The Bayley Scales are designed to identify developmental delays and to provide information for planning intervention.

The Mullen Scales of Early Learning were developed by Eileen Mullen and are administered to children from birth to 5 years and 8 months of age. There are five areas that are examined to provide an overall picture of a child's early intellectual and motor development:

Let's imagine a child who is being given the Mullen Scales. The test administrator can observe the child and her reaction to various tasks. The administrator may note things, such as whether or not the child recognized someone as a stranger or if she can grasp an object. After the child is given various visual, language and physical tasks, the information will be scored.

The child will be given a developmental age equivalent and will be ranked by where she falls within an age range of scores by percentage. The Mullen Scales of Early Learning permits early, targeted educational intervention because it pinpoints areas of strengths and weaknesses.

Psyche Cattell introduced the Cattell Infant Intelligence Scale in 1950. It is used on children from 3 to 30 months old and is considered a downward extension of the traditional Stanford Binet Intelligence Test for Younger Children. Like traditional IQ tests, the Cattell Scale focuses on mental development rather than motor development and provides numerical data for analysis rather than descriptive assessments of intelligence.

Let's imagine an infant being given the Cattell Infant Intelligence Scale. The infant may be given a cup to see if he will lift it or given a bell and see if he rings it. The child could also be given a crayon to see what he does with it. The child's responses to the tasks are then scored and the child is given an IQ score. The Cattell Infant Intelligence Scale is recommended for use in clinical or research settings.

Five different tests that can measure infant intelligence are the Gesell Developmental Schedules, the Fagan Test, the Bayley Scale of Infant Development, the Mullen Scales of Early Learning and the Cattell Infant Intelligence Scale. The Gesell Developmental Schedules are used to discover any neurological impairments that may exist. The Fagan Test is usually used for the early identification of children who may have intellectual deficits.

The Bayley Scale of Infant Development is designed to identify developmental delay and to provide information that will assist with intervention. The Mullen Scales of Early Learning pinpoint areas of strengths and weaknesses. The Cattell Scale is considered a downward extension of the traditional Stanford Binet Intelligence Test for Younger Children.

When you're done with this lesson, you should be able to identify and describe each of the five different infant intelligence tests covered.

Theories of Aging and Death: Programmed Theories vs. Damage Theories