People leave town and don't plan on coming back for a variety of reasons. In this lesson, we'll look at internal migration, as well as some of the consequences of people leaving home.
Create an account

When you think of migration, chances are you think of people leaving their homes to start a new life overseas. Images of green cards and the Statue of Liberty probably pop into your head. However, many migrants never leave their country of origin. For whatever reason, they remain within those borders. Migrants who do not cross an international boundary are known as internal migrants, and as this lesson shows, leave home for reasons as varied as migrants who fly around the world. 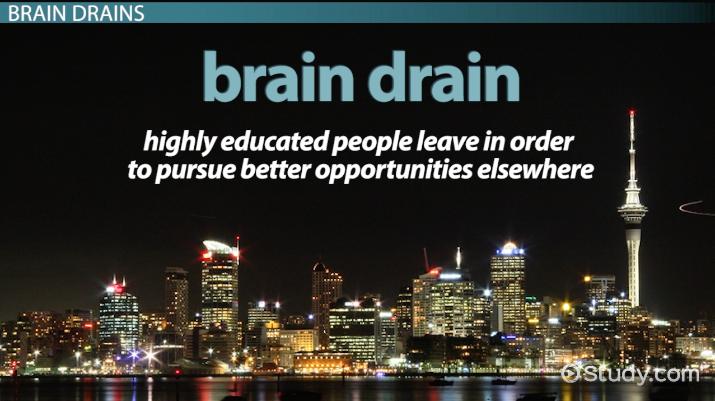 Coming up next: Role of Demographic Rates & Population Distribution on Population Health

The most tragic form of internal migration is often as a result of conflict and violence. While soldiers and warriors often capture the minds of people reading and learning about these conflicts, the truth of the matter is that there are millions of people who never pick up a weapon but are nonetheless affected by conflict. However, it is not always just conflict; severe famine and disease can also produce the conditions for people to want to leave their home regions. Once these individuals cross an international border, they are called refugees. However, millions of people want to leave but never actually make it out of the country and they are known as internally-displaced persons.

Such internally-displaced persons may move only a few miles away from home for a few weeks while fighting calms down or they may end up shifting hundreds of miles away for quite some time. For example, Somalia has been in a state of civil war for more than 25 years. Much of this fighting is in the South and East parts of the country, especially around the capital of Mogadishu. However, to the north and west, there is practically no fighting. As a result, many internally-displaced people from southern Somalia end up in this northern region.

Let's say you've just graduated from college. You have a shiny new degree in something very specialized, whether it's Chinese language or computer engineering. Where are you going to move? If you're like many people, chances are you won't be taking that degree back to a small farm. Instead, and especially if you get offers from multiple companies, you are going to want to move someplace exciting with other like-minded people. Whether it's Silicon Valley; Washington, DC; Austin, Texas; or Portland, Oregon, some places are just more exciting than others.

As a result, parts of the country are experiencing a brain drain, in which highly educated people leave in order to pursue better opportunities elsewhere. While many countries experience this, it is also a fact of life for some states and countries within the United States. To counteract this, they often offer extreme incentives for both companies and workers.

Still, some forms of migration are not motivated by a desire for better services or safety, or even for a better economic outlook. Instead, they are motivated by something as simple as the weather. For some people, the draw of warm weather is enough to cause them to gather up their belongings and head to new areas. For the retired, this is especially easy because they have no full-time jobs to hold them down. Such movement has been especially true since the advent of modern air conditioning. As a result, areas like Arizona, California, and Florida have experienced large rates of growth, especially of the elderly.

It hasn't only been those states that have seen record numbers of people moving in. Over the past 40 years, the South and Southwest of the United States have both grown rapidly. These areas make up what is called the Sunbelt.

In addition to the weather, many demographers point to labor laws that allow corporations to set up operations in those states with less red tape than was traditionally possible elsewhere. Detractors, however, point to the fact that those regulations were largely in place to protect workers.

In this lesson, we look at the motivations of internal migrants, or migrants who do not cross an international boundary. We start by examining internally-displaced persons, which are people who want to leave but never actually make it out of the country. We then examine the phenomenon of a brain drain, by which highly educated people leave in order to pursue better opportunities elsewhere. Finally, we see how climate changes migration, as evidenced by the rise of the Sunbelt located in the South and Southwest of the United States.

After you are done here, you should be ready to:

Geographic Influences on Migration Patterns in Australia & the Pacific Islands

What Is Demography? - Definition & Significance

Migration from Rural to Urban Settings in Europe and the U.S.: History and Effects