Kelly has taught English in four different countries, mostly recently at Dongguk University in South Korea. She has a master's degree in teaching English as a second language.

Musicians are often inspired by and incorporate elements of other works into their own. Explore the concept of intertextuality in music, the difference between deliberate and latent intertextuality, and examples of several intertextuality types. Updated: 01/11/2022
Create an account

''Nothing is original. Steal from anywhere that resonates with inspiration or fuels your imagination. . . And don't bother concealing your thievery—celebrate it if you feel like it.'' So says film director Jim Jarmusch. Although Jarmusch was talking about films, he could easily have been talking about the fuzzy, overlapping barriers that define intertextuality in music.

Intertextuality refers to the interconnection that occurs naturally or purposefully in works of art. Because no art is created in a vacuum, it is natural for writers, filmmakers, musicians, and other artists to include references to other people's art in their own art. It helps them create connections with their audience or to illustrate a larger point they are trying to make by creating a parallel to other art their audience is already familiar with. Sometimes, intertextuality slips in without the creator directly noticing. Let us explore how this affects the music we listen to. 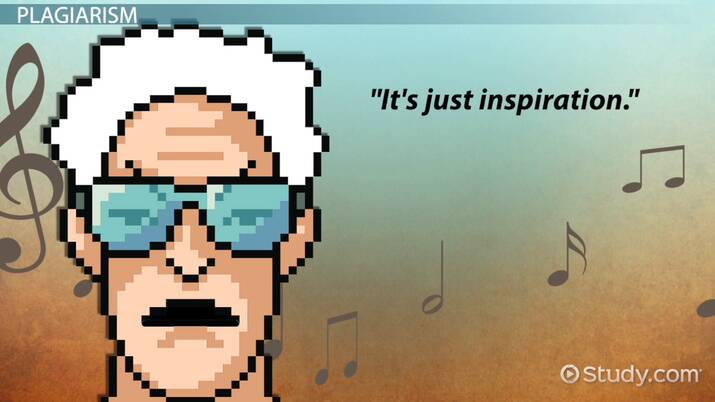 Try it now
Back
Coming up next: Nikolai Rimsky-Korsakov: Flight of the Bumblebee & Scheherazade

When a musician or other artist knowingly references another artist's work in their own, it's called deliberate intertextuality. If you're a fan of classic rock, you might be aware that Led Zeppelin included a lot of references to J.R.R. Tolkien's The Lord of the Rings trilogy in their music. The song ''Ramble On'' includes a verse in which singer Robert Plant meets a beautiful girl in the dark kingdom of Mordor, who is ultimately stolen away by the villainous Gollum. While it's not exactly true to the source material, no one ever said intertextuality had to be precise.

Latent intertextuality, on the other hand, involves outside influences that unconsciously affect an artist. Some argue that any art we consume influences us in some small way. It is common also to hear a song or see a movie and then remember details but forget where they came from. Maybe you've had a guitar riff or a distinctive beat suddenly pop into your head but were unable to remember where you first heard it.

Returning to our Led Zeppelin example, latent intertextuality in the band's music could be described by its influences. The band combined rock and blues music to create its unique sound, so it can be assumed that the band members listened to a lot of both genres. For example, while blues legend Muddy Waters' singing influenced Led Zeppelin singer Robert Plant's vocal style, both musicians have very different individual musical styles. Plant might not have been thinking of Waters while he was singing, but the influence is still there.

An allusion is a brief and sometimes indirect reference to another work of art and a very common form of deliberate intertextuality. For example, in the opening lines of his classic hip hop song ''Gangsta's Paradise,'' Coolio raps, ''As I walk through the valley of the shadow of death.'' The line is a reference to Psalm 23 in the Bible. ''Gangsta's Paradise'' doesn't go on to explain this reference. It just leaves it there for listeners to understand or not. However, catching the reference can add a little depth to one's understanding of the lyrics.

A pastiche is a work of art that imitates the style of another artist or period of art. The difference between the two terms is in the artist's intention. An homage is a work in which an artist honors another work of art while still incorporating an original style, whereas a pastiche is only an imitation of a particular style. Think of a pastiche as a cookie cutter copy of a style rather than an adaptation.

Meghan Trainor's song ''All About That Bass'' could be considered an homage because it picks and chooses styles common in early 1960s pop, while addressing more modern topics like self-esteem in one's body image. On the other hand, Daft Punk's ''Get Lucky'' might be considered a pastiche because it is a throwback to 1970s disco since it imitates the rhythm and sound of that era without the modern twist. Of course, much of this has to do with an individual listener's opinion. Homage is generally neutral or complimentary, while pastiche is used to point out shallowness or unoriginality.

A parody may seem similar to pastiche since it's also anchored in imitating another artist's style. The difference is that parody imitates another artist in an exaggerated way for comedic effect or to point out absurdities in the original. One of the most famous musical parodists today is ''Weird Al'' Yankovic, who has been spoofing pop songs since the mid-seventies. His take on the aforementioned ''Gangsta's Paradise'' was 1996's ''Amish Paradise.'' Rather than describing the life of an inner-city gang member like Coolio, Yankovic details the comparatively chaste life of an Amish man but uses the same backing music, melody, and rhythm of the original.

Plagiarism is the darkest of the intertextuality examples listed in this lesson since it's the outright stealing of another artist's work and passing it off as one's own. Generally, countries have passed copyright laws that protect an artist's work from plagiarism. Plagiarism cases get a lot of attention in the media because they are scandalous, and there are often millions of dollars at stake. For example, a court ordered Robin Thicke and Pharrell Williams to pay out millions after their hit ''Blurred Lines'' was accused of violating copyright laws by mimicking Marvin Gaye's ''Got to Give it Up.''

Plagiarism seems to be an open and shut case, but some argue it may be more latent intertextuality than deliberate. Musicians constantly listen to music to keep their ideas fresh, and it is possible that a melody or rhythm may get caught in their memory without them realizing it. Perhaps as Mr. Jarmusch says, it's just inspiration.

All right, let's take a moment or two to review. As we learned, intertextuality is the interconnection that occurs naturally or purposefully in works of art. We also learned that when a musician or other artist knowingly references another artist's work in their own it's called deliberate intertextuality, while latent intertextuality involves outside influences that unconsciously affect an artist. We then learned about the major examples of intertextuality that include the following:

In the end, we saw how intertextuality is common in the pop songs of artists including Coolio, Led Zeppelin, and ''Weird Al'' Yankovich.

Try it now
Back
Create an account
Intertextuality in Music: Definition & Examples
Start today. Try it now
Art, Music, and Architecture Around the World

What is Magmatism? - Definition, Process & Types

Argumentative Writing Overview & Facts | How to Write A Claim & Counterclaim