Erica teaches college Humanities, Literature, and Writing classes and has a Master's degree in Humanities.

In 1869, John Stuart Mills published an influential book called 'The Subjection of Women,' which explored Victorian-era gender roles and societal values. Explore a summary and analysis of the impact of Mill's work on feminist and suffragist movements in England and America. Updated: 09/21/2021
Create an account

The question of women's roles and rights in society has been a hotly debated topic for centuries. The Victorian Age of 19th-century England is no exception. In Victorian England, women gradually gained more legal rights, like the right to divorce, but they were still lacking in contrast to men when it came to opportunities for education, political rights, and social status.

Many thinkers, politicians, activists, and writers contributed to this debate on gender roles in the Victorian Age, aptly named the Woman Question. One of those individuals was John Stuart Mill (1806-1873), a British philosopher and writer who was fed up with women being treated as subordinate and disempowered. So, in 1869, Mill published his book, The Subjection of Women, which analyzed women's status and advocated for women's equality in Victorian society. 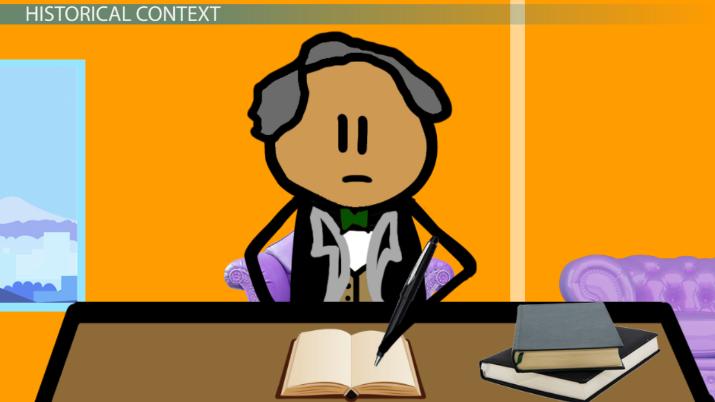 Try it now
Back
Coming up next: Summary of the Haymarket Square Riot of 1886

According to Mill, custom, by which he means Victorian culture or society, insists that a woman's primary duty is to please and serve others and to put her own desires on hold. That means women were expected and taught to attract a suitable husband, and, once married, to stay home, raise the children, submit to her husband, and attend to household affairs. This concept of female gender roles was also referred to as the cult of domesticity. Mill rejected all of this and instead argued that such custom kept women from reaching their full potential. Instead, Mill argued that women should be granted more political and legal rights, as well as given more social and economic opportunities.

Mill's Opinion on Women and Marriage

In Victorian society, women had to rely on their husbands for everything. Mill argued that this reliance of a wife on a husband created a type of slavery. Just as a slave is fearful of displeasing his master because the master is the only way the slave gets fed and clothed, a wife is also fearful of displeasing her husband because her husband is her only means of food, shelter, and social status. This unequal relationship between husband and wife cannot possibly make for a truly open, supportive, and affectionate marriage and home life. Therefore, Mill argued that marriages and families would actually be healthier if women were better educated and socially empowered. Slaves had already been freed from bondage by this time, why not women, too?

Mill's Opinion on Women and Work

In Victorian society, women were gradually entering the workforce, though they were still excluded from many fields and were not paid the same as men because Victorian society did not think working women could contribute to the good of the whole society. Thus, Mill showed that granting women individual rights did in fact serve the good of society.

For example, if a doctor is needed in a town, wouldn't it be best for the town to have the best doctor, regardless of gender? Wouldn't the knowledge and skill of the doctor be more important than the doctor's gender? Besides, Mill said that competition would weed out those doctors - whether male or female - who could not work efficiently. Again, Mill argued that allowing women into fields like medicine would not only improve the status of women but would improve society as a whole, because there will be more capable workers available.

Perfect Equality between the Genders

The answer to these injustices in marriage, the workforce, and culture in general is what Mill calls perfect equality between the genders, in which neither gender has any special legal or social privilege or hindrance. Mill confronts and refutes several arguments against such gender equality in his book.

Some people argued that women were inferior to men in physical, intellectual, moral, and psychological ability. Therefore, in their view, it would be dangerous to give women the right to vote or the opportunity to work outside the home because they, supposedly, did not have the skills necessary to make informed, rational decisions. But Mill rejects this argument. In contrast, Mill argues that women are just as intelligent, ethical, and hard-working as men. It's just that women haven't been given a chance to make anything of themselves. According to Mill, we will not know a woman's potential until she is free to pursue her own desires.

Other opponents of gender equality argued that history shows that women should be subordinate to men. But Mill responds that history actually shows that a society thrives better when its women are respected and free. Furthermore, Mill argued that history was entering a modern age that required that all people be free to pursue their own desires. According to Mill, the inferiority of women is the last vestige of an outdated, unfair system that cannot be sustained in modern times.

John Stuart Mill's 1869 book, The Subjection of Women, was an important contribution to the Victorian Woman Question (the debate over female gender roles). His book understandably ruffled some feathers because he was criticizing a core component of Victorian society: the cult of domesticity, which confined female gender roles to the household. However, his book became very popular, because an increasing number of Victorians agreed that perfect equality between the genders, in which neither gender has any special political or social advantages or disadvantages over the other, was necessary for society to advance.

Mill's book was quickly embraced by feminists and suffragists in both England and America as the best analysis and articulation of their views. And even though women wouldn't get to vote in England until 1918, Mill's book did much to advance the conversation in the direction towards gender equality.

Following this lesson, you'll have the ability to:

Simone de Beauvoir's Critique of Woman as Other

The Rape of the Lock by Alexander Pope | Summary & Analysis

Simone de Beauvoir's Critique of Woman as Other

The Rape of the Lock by Alexander Pope | Summary & Analysis