The juvenile court system exists to rehabilitate offenders, and the disposition of the defendant often influences the judge's discretion. Read how the sentencing process, its structure, risk, recidivism, and exclusion all need to be considered in rendering juvenile justice. Updated: 01/12/2022
Create an account

The public often has the mindset of 'do the crime, do the time.' However, when dealing with juvenile offenders several factors must be considered. The age of the offender must first be considered. Many states do not have a set age at which a juvenile can be sentenced to a correctional facility. It is often at the sole discretion of the judge who is trying the case. Therefore, there are disparities in sentencing, which are differences that exist in similar cases that yield different punishments. The public may or may not be generally aware of these disparities.

Another factor to consider is the development of the child. A young child may not truly understand the seriousness of the crime. When this happens, sentencing the child to a correctional facility may do more harm than good. Lastly, the degree of crime committed must be considered. A child who committed a violent act, such as homicide, should be treated differently than a child who committed an act of theft. Again, the public has an expectation and the judge has a duty to protect the public. 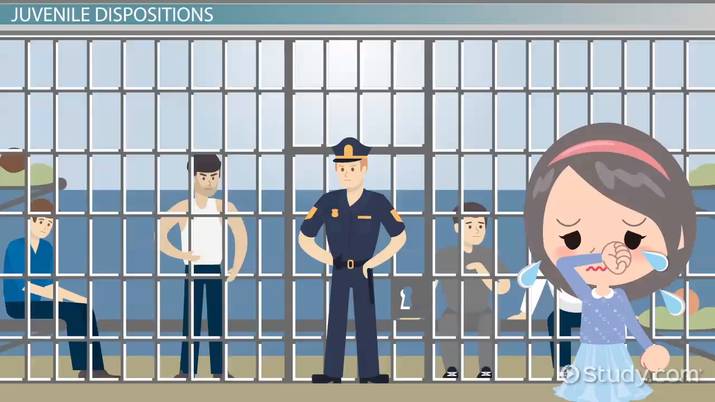 There are several ways that a case involving a juvenile can be completed. The first is judicial transfer. A judge looks at several factors when making a decision to try the case, or to transfer to adult court. The age of the child, the offense committed, and the criminal history of the child are all considered. The decision to transfer the child to an adult court solely rests with the judge. This can be an efficient way to move cases to criminal court, but it may not be in the best interest of the juvenile.

Prosecutorial transfer is similar but this method leaves the discretion to hear a case in juvenile court in the hands of the prosecutor. The prosecutor has the option of filing the charge in juvenile court or in the adult court. There are defined eligibility criteria that the prosecutor must follow, but this method is viewed as a way of simply clearing the docket, and it also may not have the best interests of the youth at heart.

Statutory exclusion is a method of sentencing that focuses on age, offense, and criminal history. This method removes the control of the judge and the prosecutor. The judge's role in this method is after the fact. The type of sentencing is mandated based upon the degree of offense. These mandates are set by statute and there is no discretion allowed on the part of the judge. A judge under this form of sentencing would be directed as to how to sentence.

In any of these methods, a child's case could be adjudicated, or completed, by the assessment of a fine, detention, or probation. Juvenile sentencing is similar to adult sentencing for particularity violent crimes and a child could face life in prison without the possibility of parole, or even the death penalty. Like adults, juveniles do have the right to appeal their case; that is, to ask a higher court to review the judge's decision and possibly reverse it.

Each of the sentencing structures must take into account several factors. One is the chance of recidivism, which is repeated offending. The model of the juvenile justice system is one of rehabilitation, not punishment. If the court is doing its job, the persons it sentences should not come back again for similar crimes. When dealing with juveniles, the decision made in the sentencing process could make all the difference. Factors mentioned earlier, such as age, type of crime, and development of the child should be considered.

Taking into account these factors should not only weigh in during the sentencing phase, but also during the incarceration phase. If a juvenile is sent to an adult prison, it is more likely that they will re-offend, as well as be subject to assault or other forms of mistreatment while incarcerated. The courts should take the time to consider all the factors present. This is not an easy task, but it is one which the community expects will be carried out diligently.

Let's review. The purpose and goal of the juvenile justice system is to rehabilitate youthful offenders. The courts do not want to see juveniles continue to come before the court for repeat offenses. Judges have discretion in sentencing and have to weigh in a variety of factors such as the seriousness of the offense, the age of the child, and the duty to protect the public. Judicial transfer is a method where a judge has the sole discretion to transfer a juvenile offender to an adult court. The criminal history of the child is taken into consideration but this is not always in the best interest of the child. Prosecutorial transfer leaves the decision to transfer for sentencing in the hands of the prosecutor. There are a set of defined eligibility requirements that must be met, but this is looked at as a way of clearing the caseload. Statutory exclusion takes the decision making away from the judge and prosecutor and is solely based on the degree of crime. A child may face a fine, probation, or prison for an offense in any of these circumstances. There is normally an appeal process available to juveniles, where they can petition a higher court to review their case.

Each method has its strengths and weaknesses. The goal in sentencing is to protect the public and reduce recidivism. However, when dealing with juvenile offenders, several factors such as age, type of crime, and development of the child must be considered in order to keep in line with the model of the juvenile court system.