Laertes is a minor character who plays a major role in William Shakespeare's play 'Hamlet.' Analyze the character, temper, traits, and actions of Laertes as he attempts to protect his sister from heartache and avenge the death of his father, Polonius. Updated: 08/25/2021
Create an account

Many young men feel responsible for protecting their family, but sometimes they might do so in irresponsible ways. It is difficult to act in a rational and responsible way if you are hot-tempered and impulsive. Laertes, a character in the play Hamlet by William Shakespeare, is a young man who wants to protect his sister from heartache and avenge the death of his father, Polonius. Laertes is impulsive and irrational in his quest to avenge his father's death, which ultimately leads to his own demise. 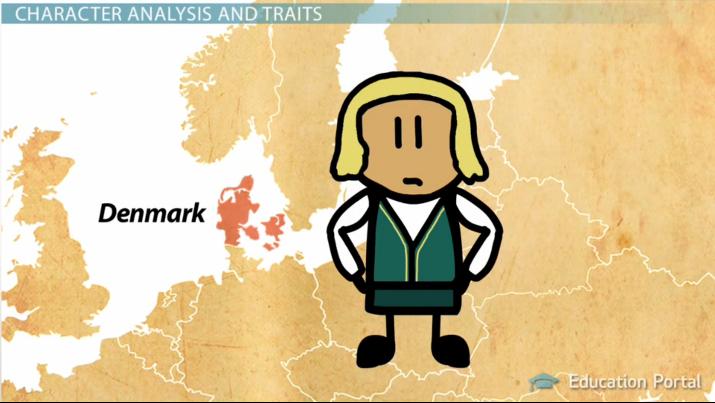 Coming up next: The Fool in King Lear: Quotes & Analysis

Laertes is the son of Polonius and brother of Ophelia in William Shakespeare's popular play Hamlet. Laertes spends most of his time away at college but is first introduced in the play when he goes to Denmark for King Claudius's coronation. Before returning to school, he warns his sister Ophelia about her relationship with prince Hamlet. Laertes does not believe Hamlet will love Ophelia and warns her to protect her virtue.

Shortly after the burial of his sister, Laertes duels with Hamlet. After Laertes is wounded by Hamlet, he informs Hamlet of Claudius' plot to kill him and asks Hamlet for his forgiveness. He also forgives Hamlet for his role in Polonius' death. In the end, Laertes dies trying to avenge his father's death and protect his family's name.

Laertes is a minor character who plays a major role in William Shakespeare's play Hamlet. Laertes is a young man who wants to protect his family, including his sister and father. After the death of his father, he immediately returns home to seek revenge for his father's death. He does not hesitate to ask questions to find the person responsible for his father's death. He quickly develops a plan, planted in his ear by Claudius, to kill Hamlet - the person he was led to believe was responsible for the death of his father. In battle with Hamlet, Laertes is mortally wounded. Before his death, he apologizes to Hamlet and warns him of his uncle's plan to kill him.

After you have finished with this lesson, you'll be able to:

The Theme of Friendship in Hamlet