While we may be tempted to think that police departments have always existed, the truth is that they are a relatively new idea. Back in England, the law enforcement officials existed to maintain the following ideals and in this order: First, they protected the property of the monarch, the nobility, and the Church. Second, they protected public order. Protecting public order was a pretty good way to make sure rioters did not destroy anything that belonged to the king, nobility, or Church. Finally, they enforced the various warrants of the courts. These could be very varied - some dealt with things like property rights and claims of murder - but they were just as likely to be sent out to clarify property lines between peaceful neighbors.

Here we've got to look at an idea that is pretty strange for us today. People who lived under the protection of the law had all of these restrictions, but they also had some guarantees. For example, they couldn't just have their head chopped off for no good reason. Also, other people couldn't pursue their own vendettas - in theory, they were supposed to go through the courts. If you were not under the protection of the law, then you were an outlaw. It didn't necessarily mean that you were a criminal, but it meant that your rights to life and property were not exactly concrete. 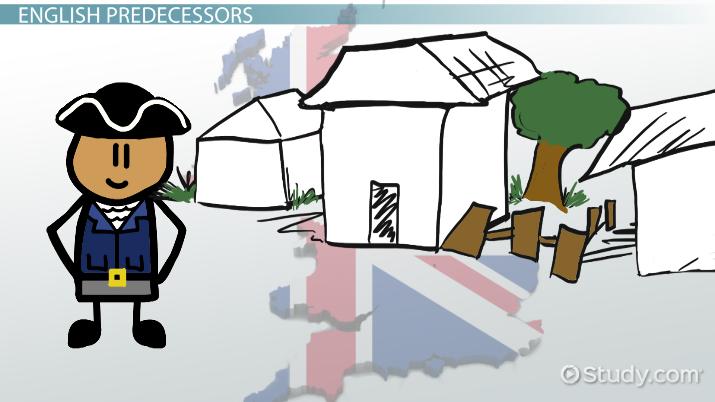 Coming up next: The Establishment of Modern Police Forces in 19th Century U.S.

The American colonies provided a natural continuation of this state of affairs. If you didn't like the way things were being done in your colony, you were often free to go off and do your own thing. Just don't complain when you suddenly find your farm being raided by natives. As such, the law enforcement of the early colonies was focused on maintaining both internal and external order. The rule of the courts and the governors was very important, and law enforcement officials were often sent out to make sure those rules were respected. However, they were also posted to watch for a native attack.

In either case, they could find themselves doing a large number of missions that we wouldn't associate with police work today. Marking the boundary between two plots of land may come before delivering a warrant for arrest, for example. Also, these officials were often paid by the job, so that meant that they were more likely to take the higher paying jobs, like surveying, than unpaid work, like patrolling the streets for thieves.

In fact, many colonies took the approach that such thievery only needed to be guarded against at night. Also, this is when native attacks had the highest chance of happening. To that end, watchmen were appointed. Their job was simple - keep a look out for anything happening and start screaming if they saw something.

In the South, the social construct was very different. Here, the people who made up the government were all very wealthy, and due to that wealth, had worked to clear out many native settlements. Instead, they lived in constant fear of a slave revolt. As such, the overwhelming amount of emphasis was placed on slave hunting patrols to find escaped slaves and to limit the ability of the slaves to organize.

The richest city in the South, Charleston, South Carolina, had more than 100 paid people in its slave patrol. That was a huge expense for any colony and larger than any other police force, but the constant fear of revolt, combined with the economic value of the crops that the slaves grew, made many feel that it was mandatory.

In this lesson, we took a look at the development of law enforcement in colonial America. We start by examining the English predecessors of law enforcement as something to maintain order rather than pursue criminals. We especially focused on the idea of an outlaw living outside of the protection of the law rather than being a criminal. Then we took a look at the development of sheriffs, constables, and watchmen in the North. Finally, we looked at the largest pre-Revolution law enforcement forces in the colonies, the slave patrols of the South.

While you study the lesson, set goals to do the following:

The 3 Levels of the Federal Court System: Structure and Organization