Ethical decision making is the process of reviewing options and considering the consequences to make a decision that maximizes a positive outcome for the greater good. Learn about the legal aspects of ethical decision making, and explore models, steps, and frameworks for different approaches. Review the Golden Rule, public disclosure test, and universalization test for examples of how to practice ethical decision making. Updated: 09/30/2021
Create an account

As CEO of a company, your decisions could have far-stretching consequences. Any decision you make could affect many people. How do you know the right thing to do? We have an app for that! Not exactly, but there are several decision-making models that can steer your decision making in the right direction.

Ethical decision making is merely making decisions based on what ought to be done to benefit the maximum amount of people. It should include society as well as the environment. Three popular ethical decision-making models include: 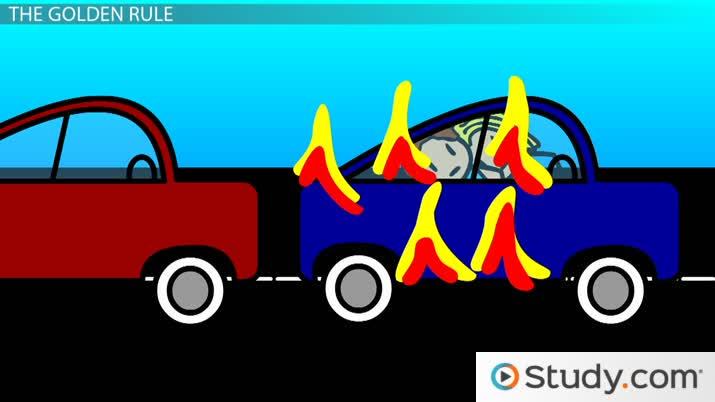 Try it now
Back
Coming up next: Theories of Ethics: Rights & Natural Laws

The Golden Rule is simple. It asks that you treat people the way you want to be treated. This is a lesson many of us learned in kindergarten. It involves taking the feelings of others into consideration when making decisions that affect them. Respect people in all of your exchanges. Although the concept is simple, applying it to business decisions can be challenging. Not every business decision can be made with the interest of others in mind.

This brings us to corporate social responsibility, and it means a corporation's responsibility to be aware of the environment and society when making decisions. Think accountability, integrity and honesty.

Back in 1968, the Ford Motor Company quickly designed and manufactured the Ford Pinto to compete with the newly emerging Japanese subcompact cars that were taking over United States highways. In their haste, an unnoticed problem with the fuel tank was looming that would eventually lead to 180 deaths, numerous serious burn injuries and thousands of burned cars.

Let's put the pieces together. In Grimshaw v. Ford Motor Company, Lily Gray and Richard Grimshaw, who was a teenage boy at the time, were traveling in their vehicle when they were hit from behind. Upon impact, the car burst into flames. Gray was killed instantly, and Grimshaw was left with debilitating burns. The family sued and was awarded millions in punitive and compensatory damages.

Within months of this case, the Pinto was in the headlines again. This time, it was discovered that there was a problem with the fuel tank. The original fuel tank could not withstand a direct hit, even at low speeds, without bursting into flames. The question of ethics becomes pivotal in the Pinto case as we learn Ford's response to the deaths and injuries. Ford was made aware of the vehicle's safety glitch sometime in the mid-70s but refused to make any changes to the design.

Similar to the Golden Rule is the public disclosure test. This test asks that a business decision be something a company would be so proud of that it would not mind if the decision were to be broadcast on public television for the whole world to see.

Let's look at an example of how one Chinese baby milk producer was not mindful of the public disclosure test. Sanlu Group, a large milk distributor in China, produced baby milk powder that they knowingly fortified with melamine, an ingredient commonly used in making plastics. Human consumption of melamine can cause kidney and liver failure, especially in babies. As a result, several babies died from drinking the milk.

After an investigation, it was revealed that the company was aware of the added ingredient. It was claimed that they added melamine to boost the protein count, making the milk more attractive to mothers. In the end, several key people at Sanlu were arrested along with some government officials. The cover-up extended far beyond just a few corporate executives. Sanlu Group is one example of how the public disclosure test may have saved lives.

Finally, the universalization test prods us to think about how the world would be if everyone made the same decision. In other words, if a decision you make in business was replicated by every other business, what would happen? Would it benefit society? Would people get hurt?

How would it affect the economy if companies made universal hiring decisions? Let's look at an employment discrimination case to get a better idea of how an employment suit could have devastating consequences if everyone believed in the same principles.

In EEOC v. Rock-Tenn Services Co., a manufacturing company in Atlanta was sued because of discriminatory practices against several black and African employees. In the lawsuit, it was alleged that the management of Rock-Tenn created a hostile work environment. This included using racial slurs and even threats. There were Confederate flags and even nooses used to send their message of hate. The Equal Employment Opportunity Commission brought suit and won, costing this company tens of thousands of dollars in damages.

Imagine if all companies mimicked the decisions of Rock-Tenn. What a negative impact this decision would have on our culture-rich workforce!

As you can see, managers face difficult decisions every day. These decisions don't always balance what is right and the right thing to do. Ethical decision making is merely making decisions based on what ought to be done to benefit the maximum amount of people. With this comes corporate social responsibility, and it means a corporation's enterprise to be cognizant of the environment and society when making decisions.

Three popular ethical decision-making models include the Golden Rule; that is, doing to others as you'd like have done to you. There is also the public disclosure test, which proposes whether a decision made by management is worthy to appear on television for all of society to see. Finally, the universalization test forces us to think about whether a decision we make, if replicated by everyone else, would benefit society. Each decision-making model really asks the same question. Are the decisions I make of great benefit to society and the environment?

Following your completion of this video lesson, you may be prepared to:

Overview of the AMA Code of Ethics

Landlord & Tenant Rights After a Breach of Lease

The Difference Between Workplace Ethics and the Law

Activity-Based Costing Methods & Benefits | How to Use ABC