In the life sciences there are many theories that explain how life works. However, before these theories became widely accepted, they had to be put to the test. In this lesson, you will learn how ideas become theories. Updated: 02/05/2020
Create an account

Do you ever wonder what happened to the dinosaurs? Dinosaurs became extinct about 65 million years ago. Over the years, scientists have come up with a number of ideas to explain their disappearance. Some proposed that an asteroid struck the earth, and the impact caused a massive cloud of dust that blocked out the sun. Other scientists think that an ice age occurred that made it impossible for the dinosaurs to live.

Because dinosaurs died out so long ago, we might never know for sure what happened to them, but that doesn't stop scientists from developing theories, like the Asteroid Impact Theory and the Ice Age Theory. Theories are tested explanations that have been generally accepted by the scientific community. In this lesson, we will learn how theories get developed. We will also discuss a couple of theories that are important to life sciences, namely The Cell Theory and The Theory of Evolution. 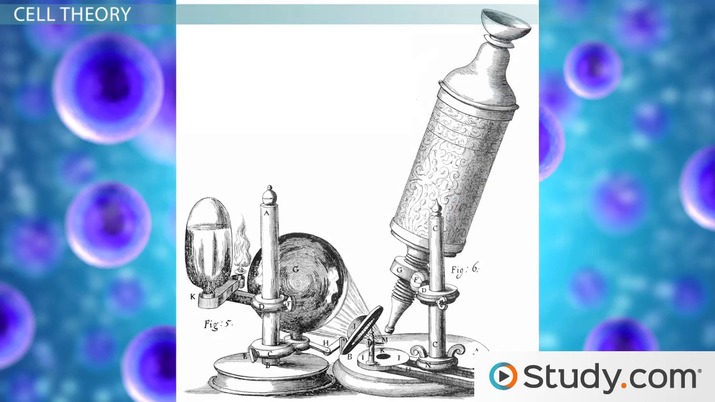 Coming up next: The Scientific Method: Steps, Terms & Examples

When scientists are curious about something, they use the scientific method to come up with plausible ideas. The scientific method is useful because it's an organized way of studying something. This process always starts with the first steps, which are asking questions and making observations. Let's say you were the first people to stumble upon the fossils of a huge dinosaur. You know that an animal that big no longer exists. This could raise the question: why do dinosaurs no longer walk on the earth?

Your curiosity would lead you to the next step of the scientific method, which is forming a hypothesis. A hypothesis is an idea that can be tested. For example, a scientist that believes dinosaurs were wiped out by an ice age could develop a hypothesis that states: if an ice age occurred 65 million years ago, then it could have caused the extinction of dinosaurs. The scientist could then look for evidence to test the hypothesis by doing things like analyzing samples of the layers of the earth. After the data was collected and studied, the scientist would form a conclusion. If he found evidence that supported his hypothesis, then his hypothesis is said to be correct.

Now this is where we get into the difference between a hypothesis and a theory. You see, the conclusion of one scientist might be enough for him to say that his hypothesis is correct; however, theories require widespread acceptance from the scientific community. For a hypothesis to become a theory, other scientists would need to test the same hypothesis and come up with the same results. This is how we got the Ice Age Theory to explain the demise of the dinosaurs. Many scientists have found evidence that an ice age occurred around the time that dinosaurs became extinct, so the scientific community accepts this as a valid theory.

Now that you understand how a theory gets developed, let's take a look at a theory that is very important to the life sciences. It's called the Cell Theory, and it actually has three parts. The theory states that all living things are made of cells, cells are the basic organizational units of living things and cells come only from other living cells.

Now, chances are you have used a microscope to look at a cell. In fact, cells might seem a bit boring nowadays. But remember that the earliest versions of the modern-day microscopes didn't come into existence until the 1600s. Can you image the questions that would be popping into your mind if you were one of the first scientists to see cells under a microscope?

Anton Van Leeuwenhoek was one of these early microscope-using scientists. When he first saw cells, he thought they looked like tiny animals. As the years went on, other scientists, like Hooke, Schleiden and Schwann, started studying cells. The questions and observations of these early scientists were turned into hypotheses. These hypotheses were tested by not only them, but many more scientists who came after them. Now, it would be naïve to say that each one of these scientists was in complete agreement, but enough of them came to the same conclusion for us to now have the Cell Theory.

As you can tell, theories, like the Cell Theory, have the ability to change the way people think about the world around them. That's why before we leave this lesson, I want to discuss another life science theory that changed the way we look at life on Earth; it's called the Theory of Evolution. It was proposed back in the 19th century by a famous scientist by the name of Charles Darwin.

The theory of evolution is a theory that explains how animal and plant species develop. It has two parts. First, it states that evolution occurs. In other words, animals and plants go through change as time passes. The second part states that evolution occurs by natural selection. Natural selection is a process by which organisms that are best adapted to their environment will be the ones that survive and reproduce. In other words, the strong survive. This allows the strong traits of a species to get passed down to future generations. Darwin's ideas revolutionized science. Over the years, his ideas were supported by evidence gathered by many other scientists. This allowed his ideas to develop into the Theory of Evolution.

This lesson introduced you to two important life science theories. The first one we learned about was the Cell Theory. The theory states that all living things are made of cells. Cells are the basic organizational units of living things, and cells come only from other living cells. The second one we learned about was the Theory of Evolution by Charles Darwin. The Theory of Evolution is a theory that explains how animal and plant species develop. It states that evolution occurs and that evolution occurs by natural selection. Natural selection is a process by which strong organisms that are best adapted to their environment will be the ones that survive and reproduce.

The Defining Characteristics of Living Organisms

The Origin of Life on Earth: Theories and Explanations