Local governments have learned to set their regions with boundaries, formally known as delimitation, which is affected by cultural or economic activity. Learn more about local government boundaries and their cultural and political influences. Updated: 10/28/2021
Create an account

Many of the modern boundaries of the world's nations were set by things like war and colonization. For instance, after the World Wars, the national boundaries of parts of Europe really shifted. Also, during the era of colonization, much of Africa was parceled out by European powers.

Unlike these national boundaries, local boundaries aren't usually set under such dramatic circumstances and at such high levels. Instead, they are decided through what we call more homegrown politics. With this in mind, today's lesson will discuss some of the terminology surrounding boundary setting and its role at the local level.

For starters, local boundaries can take on many different names. In the United States, we have towns, townships, cities, counties, and even some remaining villages. France also has some of these but they also add communes and departments, while China adds prefectures. In other words, local governments take on different names and shapes all around the globe. For this reason, today's lesson will dig into some terms that go along with boundary making, rather than all the different names of the world's local governments. In doing this, we'll need to keep in mind that most of the lesson will center on local governments that exist in countries where citizens have the power of the vote. 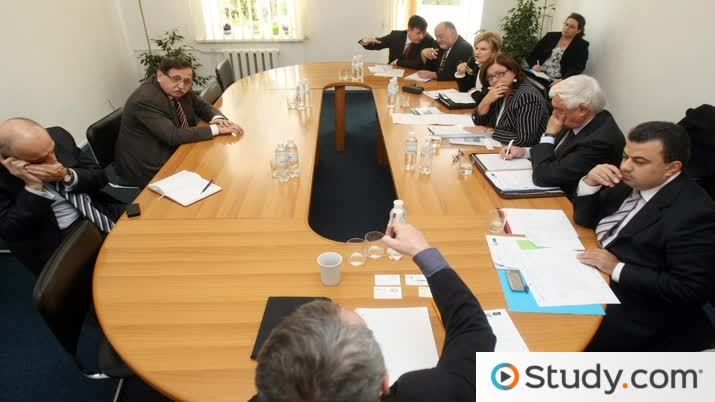 Coming up next: Cooperation Among States: Political, Military & Economic Alliances

Speaking of voting, we'll nail down our first term: constituency. A constituency is a body of voters in a specific area who elect a representative to a legislative body. In other words, it's voters who elect the people who will make their laws and maintain order within their community. Remember this term is important because we are dealing with areas where citizens have the right to vote.

At the local level, this constituency can be rather small. For instance, I've spent the majority of my life in a small town in America where about only 1,500 people live and vote for our town mayor. Due to the small size of many local governments, local officials are often voted into office for personal reasons rather than political ones. For instance, our town mayor and her family have been living in the town almost since its founding. For this reason, her family name carries lots of swing when it comes time to pull the lever. This doesn't mean she isn't good at her job, it just means her family name might have had more to do with her installment than did her stance on things like gun control, environmental issues, or even taxation. Although this can definitely also occur at the higher levels, it is very common in local government.

When dealing with local governments, boundary setting is also affected by more personal or cultural factors. To explain, the official political term for boundary setting is known as delimitation. Now, at the national and global level, boundaries are often set by physical things. For instance, the Rio Grande separates the U.S. from Mexico, and the Alps separate Italy from Switzerland. However, at the local level, this is not very often the case.

At the local level, boundary setting is often based on ethnicity. For instance, I live in an area that is very heavily populated by those of German descent. However, we also have a high population of those descending from more Eastern Europe, specifically Poland. For this reason, two of our very small neighboring town's boundary lines were actually set around these two ethnic groups. To this day, as soon as you move from one town to the other, you can hear a switch in accents and taste the differences in the food of the local diners.

On a larger scale, a great example of local boundary setting occurs in the microcosms of New York City's Chinatown and to a lesser extent, Little Italy.

When speaking of local government boundaries, it must be mentioned that they are highly susceptible to the practice known as gerrymandering, manipulating political boundaries to favor one party or class. In other words, manipulating the boundaries to get the constituency you desire. The official name for the process of revising the geographic boundaries in which people elect their representatives is known as redistricting. However, gerrymandering, getting its name from an early 19th century governor accused of redistricting for personal gain, is definitely considered to be a bit sinister. Unfortunately, it often occurs at the local level of government.

For example, a few years ago, one of the wealthiest businessmen in our area built a large shopping complex a few miles outside of his town. This local businessman also just so happened to be a local school board member. Unfortunately, the new shopping complex he built and all its tax revenue, sat about ½ a mile outside of the school district that he helped to run and that his children attended. Interestingly, about six months after the shopping complex was up and running, lines were redistricted. When this occurred, the new shopping complex just so happened to fall within his school district. Now, since I wasn't privy to any of the political meetings, I can't really say what occurred there. However, I can tell you that all of our local papers had no problem splashing the word 'gerrymandering' all over their front pages.

Speaking more historically, gerrymandering was used in the post-Civil War era of the Southern U.S. as local governments unfairly sought to curb the power of the African American vote.

A constituency is a body of voters in a specified area who elect a representative to a legislative body. Unlike at the national level, constituencies at the local level can be very small.

Adding to this, the process of revising the geographic boundaries in which people elect their representatives is known as redistricting. Local redistricting is often affected by gerrymandering, manipulating political boundaries to favor one party or class.