Have you ever been told that you are a very logical person? Maybe you enjoy completing puzzles and solving complex algorithms. Are you good with numbers and mathematical equations? If so, you have demonstrated logical/mathematical intelligence. 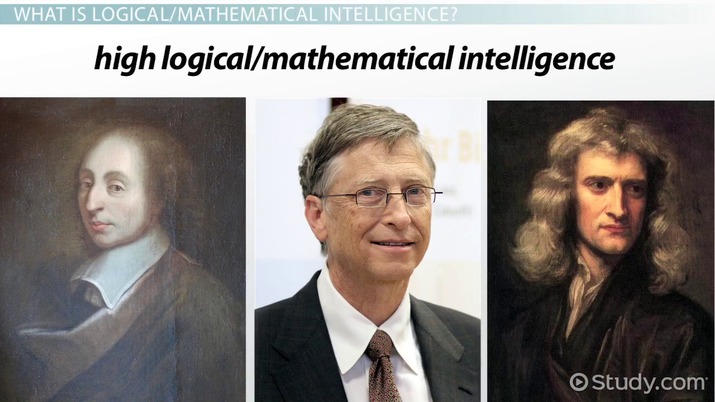 Coming up next: Theories of Motivation: Instinct, Drive Reduction & Arousal

Traditionally, intelligence has been thought of as a single trait. The idea of multiple intelligences was introduced in 1983 by Howard Gardner, an American developmental psychologist. Gardner proposed that there are eight types of intelligences, each one being independent of the other.

What Is Logical/Mathematical Intelligence?

Blaise Pascal, Bill Gates, and Sir Isaac Newton are famous people who have high logical/mathematical intelligence. In other words, they are skilled at deductive reasoning, detecting patterns, and logical thinking. People with logical/mathematical intelligence are good at scientific investigations and identifying relationships between different things. They are also good at understanding complex and abstract ideas.

Specifically, people with logical/mathematical intelligence are known to:

Business executives rely on their logical/mathematical intelligence to stay ahead of the competition and improve their companies. Computer and technology entrepreneurs, such as Mark Zuckerberg and Bill Gates, used their logical thinking, reasoning, and understanding of complex business and technological concepts to become pioneers in their fields.

Mathematicians use their logical/mathematical intelligence to manipulate numbers, solve complex numerical equations, and understand complex algorithms as required in their careers.

What Is the Naturalistic Learning Style?

Using Multiple Intelligences in the Classroom