Mexico is one of the most populous nations in the world, with a long history of population growth and change. Explore the trends of the past, present and future, and test your understanding with a brief quiz.
Create an account

Bienvenido, and welcome to Mexico! This nation, located at the bottom of North America and the top of Latin America, is the fifth largest country in the Western hemisphere, in terms of pure size at least. And historically, well, Mexico is one of the centers of civilization in the Americas, housing ancient cultures from the Maya to Olmecs to Aztecs and the oldest writing system originating in the Western hemisphere. It was the first major center of European colonization in the Americas and the crossroads of trade between Europe and Asia for centuries. So, with so much happening in Mexico across the centuries, Mexico's population has seen a lot of change. In fact, Mexico's population was so diverse that in the 1920s, the Mexican intellectual José Vasconcelos claimed that the Mexican race was the race of the future, since it was the combination of all the world's people. So, where is Mexico's population today? Growing and changing as ever. Want to see? All right, vamos. 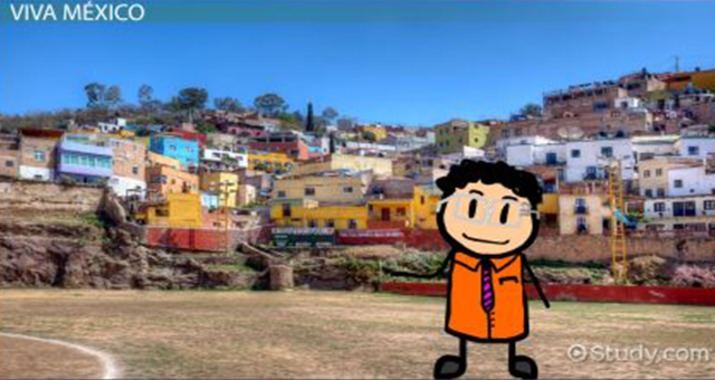 The Mexican population has been through several periods of ups and downs since it became a nation in 1821. Several periods of rapid industrial development, most significantly in the 1890s, increased population. Periods of rebellion, such as the Mexican Revolution that started in 1910, well, those tended to last a long time, destroyed resources and reduced the population. After the end of the revolution, or at least after the end of the violent stages, Mexican population was more consistent. Before the revolution, the Mexican government had quickly industrialized, introducing new technologies and improvements in sanitation. However, the government was often oppressive and ignored the common people. After the revolution, those technologies were still in place, but the government became more concerned with the welfare of the people, improving healthcare and other social programs. Life expectancy increased and death rate decreased, all while the rate of births stayed the same.

So, who's good at math? What happens when the number of births stays consistent, but people live longer and fewer people die of disease? Population increases - fast. Over the 30-year period from 1940-1970, the Mexican population grew at an impressive rate, thanks largely to an extended period of economic growth that was so consistent historians call it the Mexican Miracle. Since then, the economy and population have stabilized, with people having less children on average, but those children still living long, healthy lives. This is actually a consistent trend observed in many nations developing industrial technologies. So, where is Mexico today? The population is roughly 120 million and growing at a rate of 1.12% per year, leading the Mexican government to predict a population of 123 million by the year 2042.

As you've seen, Mexico has an interesting history, and this has meant some interesting challenges in terms of measuring Mexico's population. Traditionally, Mexico was very agricultural, with the majority of Mexican people living in rural areas. And when we say rural, we don't mean a little bit outside of the city. We're talking way, way out in the desert. This means that collecting statistics on rural populations was difficult throughout much of 20th Century. Not to mention, getting healthcare and education to rural Mexico was hard, so people in these areas tended to have very different life expectancies than urban Mexico. Today, 78% of Mexicans live in cities, with only 22% living in rural areas. Mexico is changing. Traditional industries and ways of life are being replaced by more urban values, and this can be a difficult adjustment. Mexico City is now the second most populous in the Western hemisphere, but as urban populations are starting to have less children on average, rural populations are still growing, so Mexican demographics just keep changing.

There is one other factor that really influences the overall population of Mexico: immigration and emigration. Mexico has attracted immigrants from around the world, but during the late 20th century, the Mexican government opened up the nation to immigrants from other parts of Latin America, so Mexico maintains strong populations from Argentina, Chile, Peru and Colombia. Many of these people were escaping from dictatorships in their own countries. Mexico is also home to more Americans than any other nation in the world, besides the United States of course. And, as we all know, there are quite a few Mexicans in the United States as well. The shifting values away from agricultural life, the generally poor economy of Mexico's Northern, rural states and the demand for labor north of the border has encouraged many Mexicans to seek opportunities in the United States. There are an estimated 9.9 million Mexicans currently residing in the USA. The high rate of emigration is one reason that the rural population of Mexico seems to be growing slower than the city. So, what's the future look like for Mexico? Changing, always changing.

Mexico is one of the most historic and diverse nations in the world and also one that has experienced some of the most dramatic changes in industry, culture and population. Historically, Mexico was a very agricultural nation, but has been continually industrializing since the 20th century and more people now live in the cities than the country. Mexico City today is the second most populous in the Western hemisphere, and Mexico's urban population continues to grow, although it is predicted to stabilize in the future. Emigration and immigration are both major influences on Mexico's population, which is as dramatic today as ever before.

After reviewing this lesson, you should be able to