Montresor is the murderous, vengeful narrator in Edgar Allan Poe's short story, 'The Cask of Amontillado.' In this lesson, you'll analyze this complex character, and you'll have the chance to test your understanding with a quiz.
Create an account

Horror movies have been around almost as long as movies themselves. And scary stories have been around even longer. People get a thrill from a mysterious and dark tale of murder, and it doesn't get much darker than 'The Cask of Amontillado', which was written by the Stephen King of his time, Edgar Allan Poe.

In 'The Cask of Amontillado,' the narrator, Montresor, lures his former friend - we might call him a frenemy today - Fortunato, to an underground maze of tunnels and tombs. There he gets Fortunato drunk, locks him in chains, and walls him up before leaving him to die slowly. The story is being told 50 years later by Montresor, who says he's never been caught. 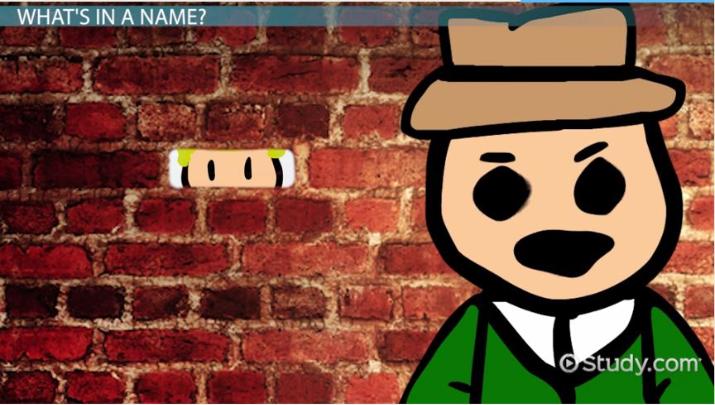 Unreliable Narrator - Or Is He?

An unreliable narrator is a character who tells a story in such a way that we can't trust whether what he's saying is true. Sometimes these narrators have a mental illness, as is the case with the narrator of one of Poe's most famous stories, 'The Tell-Tale Heart.' The main character in that story believes that he hears a loud heartbeat coming from beneath the floor where he buried an old man he killed. The police who come to the door can't hear a thing, though, leading the reader to understand that the narrator can't be trusted.

So, is Montresor an unreliable narrator? He is a cold, unrepentant murderer, telling the story 50 years after the fact. Except for one tiny moment in the story, he shows no remorse for what he's done. After he has only one brick left to complete the wall that will seal off Fortunato forever, he says, 'My heart grew sick...' but he immediately blames that twinge of guilt on the dampness of his surroundings.

Well, if Montresor is the kind of guy who walls up his former friend and leaves him to die with little to no remorse, then he's probably not entirely sane, and that's why he's often considered an unreliable narrator. However, he tells the story in a cold, matter-of-fact way that doesn't hint at the insanity seen in 'The Tell-Tale Heart.' Imagine Hannibal Lecter, only at least 150 years ago. Like Lecter, Montresor is incredibly smart, shows no remorse, and is willing to kill someone just because he's been insulted. So, is Montresor unreliable as a narrator? Probably not.

What's In a Name?

Montresor and Fortunato have strange, but telling, names. Fortunato's name is probably an ironic play on 'fortunate' - something he's not. Their odd names might hint at the fact that Poe was obsessed with mysteries and clues. After all, Poe is the guy who invented detective stories. He's credited with writing the first one ever published.

Poe was more interested in exploring the dark side of the human mind than he was in creating realistic characters, and Montresor is a great study in evil. He not only gets away with murder and lives with the guilt, but he kills his former friend in a particularly gruesome way - by sealing him behind a wall and leaving him to die. Poe was especially afraid of being prematurely buried alive, and he may have used this story to explore his own fear and to peek inside the mind of a killer.

Even though what Montresor has done is horrible, there's something universally intriguing about it. Everyone has been insulted and wants to get revenge, and there's a part of us that cheers for Montresor, who goes through with his vengeance in a way that most of us (hopefully!) would never do.

Montresor, gravely insulted by Fortunato, gets his friend drunk and lures him into a burial chamber, where he walls him up and leaves him to die. Although he's evil, Montresor also appeals to the reader's sense of justice. He's attractive and repulsive at the same time. Poe, the master of horror and student of the human mind, used Montresor to explore the tug of war that we all face, whether to follow the rules or cross the line.

Figurative Language in The Cask of Amontillado

The Cask of Amontillado: Setting & Tone

The Most Dangerous Game Quotes

The Cask of Amontillado: Plot Diagram

The Most Dangerous Game Setting

A Rose for Emily: Characters & Symbolism

The Lady or the Tiger Characters

Personification in The Necklace