The island of Montserrat has an active volcano and is part of a group of volcanic islands in the Caribbean Sea. Come learn about this volcano, where you can find it on a map, what city it destroyed, and some other interesting facts about it. Updated: 02/08/2022
Create an account

What Is the Montserrat Volcano?

Imagine visiting a Caribbean island with golden sand and blue water. You aren't paying attention to the mountains in the distance, but suddenly you hear rumbling. You look around and see a cloud of ash billowing toward you. You'd better get out of there fast because one of those mountains is a volcano!

The Soufriere Hills volcano is an active volcano on the southern part of the island of Montserrat. For a long time, it was dormant, meaning it did not erupt. In fact, it had been dormant since the 1600s before it erupted in 1995. And it still erupts today.

To find Montserrat on a map, we need to look southeast from Puerto Rico in the Caribbean Sea. 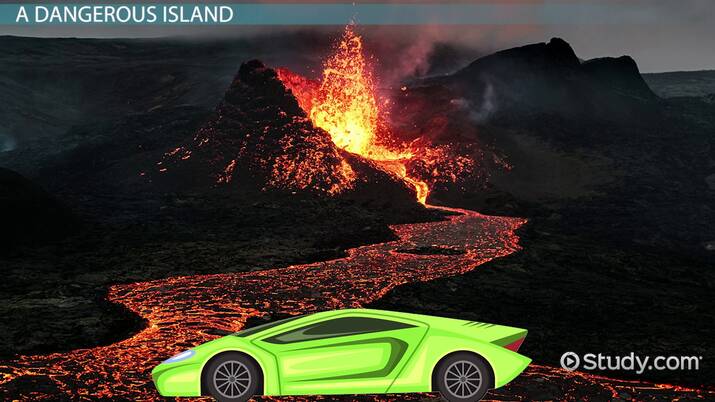 Coming up next: The Tornado Fujita Scale: Lesson for Kids

Though Monserrat looks like a beautiful island, its volcano destroyed the capital city of Plymouth and the southern part of the island during a huge, terrible eruption in 1997. The city was covered in stinky, gritty ash that belched out of the volcano and is not good to breathe.

Pyroclastic flows poured through the city. They are a very hot mix of ash, rocks, dust, and gas, and can move as fast as 450 miles per hour. That's more than twice as fast as a race car, so you can't outrun it! The flow caught trees and buildings on fire as it moved toward the sea. Plymouth was destroyed and people still haven't moved back. More than half of the people who lived on Montserrat decided to get off the island after the big eruption. Imagine how empty your town would be if more than half the people suddenly left.

Since then, people have slowly returned and started to rebuild. Because the volcano is still active today, people now live only on the northern part of the island where it's safer, but they still have to be aware of what the volcano is doing.

Soufriere Hills is a stratovolcano, which means it's made up of many layers of rocks, hardened ash, and solid lava that have been burped up by the volcano. It's like a cake, with many layers. These kinds of volcanoes have a large lake of blazing hot, thick, liquid rock inside them. Their forceful eruptions are powerful enough to affect Earth's weather and environment.

If you went to school in Montserrat, you wouldn't just have fire drills. You'd also need to know how to stay safe during a volcano eruption.

Just like you, students on Monserrat have to listen to their teacher during an emergency. For a volcano eruption, it's best to stay inside unless ordered to evacuate, or leave. People living on Monserrat also have a special kind of mask called an ash mask, which helps you to breathe after an eruption by filtering out the dangerous ash from the air.

The Soufriere Hills volcano is a stratovolcano on the island of Monserrat in the Caribbean Sea. It is a very powerful volcano that became active in 1995 and which had a huge eruption in 1997, destroying the southern part of the island and the capital city of Plymouth with volcanic ash and hot pyroclastic flows, a hot mix of ash, rocks, dust, and gas. Though many people left the island, some have moved back and started to rebuild, but only on the northern part of the island where it's safer.

Factors That Determine the Impact of an Earthquake

What is Sublimation in Chemistry?

Dreams in Of Mice and Men by John Steinbeck | Overview, Quotes & Significance

Sperm Cell Function & Structure | What is a Sperm?

Private Limited Company Advantages & Disadvantages | What is an LTD?

There Will Come Soft Rains by Ray Bradbury | Themes & Summary