(Scene: Two small boys, Jim and Andrew, are in a classroom. Jim holds a toy car, but he notices that Andrew is looking at it with interest. Jim offers the truck to Andrew, who takes it and walks away.)

Teacher: 'Jim, what nice sharing. Thank you for setting a good example! Andrew, please try to demonstrate nicer behavior. Say thank you when Jim offers you his toy.'

Teacher (to herself): 'I wish Andrew would demonstrate better behavior. I wonder how I can help him learn appropriate prosocial behaviors in class.' 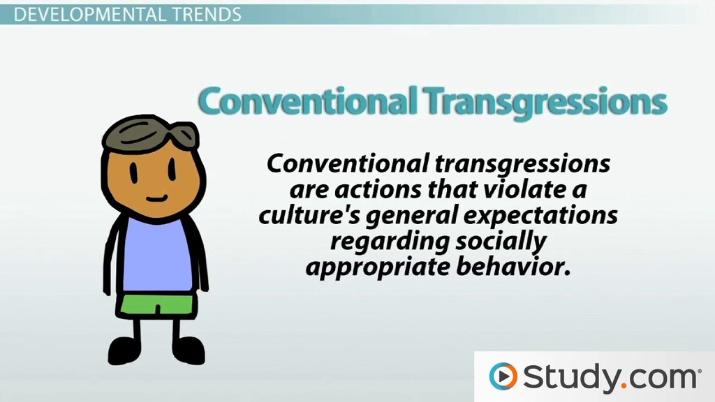 Coming up next: Kohlberg's Stages of Moral Development

Prosocial behavior is defined as behavior directed toward promoting the well-being of another. Behaviors such as caring, helping, sharing and volunteering are encompassed under the category of prosocial behavior. Prosocial behavior may originate and be motivated by concern about the welfare of others and the rights of others.

Morality is defined as one's general standards and beliefs about right and wrong. Traits such as honesty, fairness and responsibility for one's own actions fall under the category of morality. Additionally, the students' beliefs about moral and immoral behavior affect their behavior at school, which makes the understanding of this topic critical for current and future educators.

Researchers have found that children begin using internal standards to evaluate behavior at an early age. These standards may have been formed by observing others engaging in prosocial behavior or being told at some point what is right and wrong.

Let's take a look at Jim and Andrew when they were two years old. We see that Jim is learning how to share and his parents are encouraging prosocial behavior. On the other hand, Andrew is learning from his older brother that snatching is how you get a toy.

Children's understanding of fairness evolves through early and middle childhood. This is sometimes referred to as distributive justice, which is a set of beliefs about what constitutes people's fair share of a commodity.

Jim and Andrew are still playing. Andrew is taking all of Jim's toys and won't allow him to play with anything. Jim knows this isn't fair but Andrew doesn't seem to understand why Jim is angry.

Children's capacity to respond emotionally to others' harm and distress increases over the school years. Traits such as guilt, shame and empathy develop as a child ages.

Jim is crying now and Andrew realizes something might be wrong. Maybe the teacher can help Andrew understand why Jim is upset and promote prosocial and moral behaviors for him to start demonstrating.

Prosocial behavior involves caring, helping, sharing and volunteering. Morality refers to one's beliefs about right and wrong and involves traits such as honesty, fairness and responsibility.

Children internalize the prosocial and moral behaviors they observe from others. Their understanding of fairness and justice evolves as they age. Finally, a child's capacity to respond to emotional situations also increases over time.

Think about prosocial behavior in terms of nature versus nurture, or biology versus environment. The lesson you read emphasized the environmental influences on prosocial behavior. Could there be a biological component? Could a tendency toward prosocial behavior be genetic? Are some people innately more altruistic than others? State your position on this topic, and provide at least three reasons or examples to support your view.

For this activity you are a counselor who has been hired by a school system to teach moral and prosocial behavior to children at various developmental levels. You will have a class with preschoolers, with elementary school students, with middle school students, and with high school students. Develop an intervention with each age group designed to teach them how to be more helpful, prosocial, empathic, and moral. Remember to keep in mind the different cognitive levels of each group and factor that awareness into your intervention for each group.

Students Who Are Deaf or Hard of Hearing

What is Emergent Curriculum in Early Childhood?

Benefits of Parent Volunteers in the Classroom