Benjamin has his master's degree in literature and has taught writing in and out of academia.

'My Lute, Awake!' by Sir Thomas Wyatt is a poem where a suitor expresses his bitterness at being rejected. Study the poem summary and analysis, the symbolism, and historical context of the poem. Updated: 10/16/2021
Create an account

''My Lute, Awake!'' is a poem by Sir Thomas Wyatt that relates the thoughts of a scorned suitor who is bitter at his rejection. It begins with the speaker addressing his lute, calling for it to awaken and join him in performing one last labor before they are done. That labor is to sing of his failed attempts to capture the heart of a woman he loves.

He goes on to speak of how cruelly his beloved has repelled his advances. The speaker repeats his claims that he has given up, and both he and his lute are done with this. This heartbreak turns to accusation in the fourth stanza, where he begins to address his love directly, rather than his lute. He accuses the unnamed woman of being ''proud of the spoil'' of hearts that she has won. ''Spoil,'' in this case, means captured treasure or profits.

He goes on to warn her the day will come when she is no longer young and beautiful, and on that lonely day, she may wish she'd accepted his love. After that, he concludes his poem as he began, saying that both he and his lute are done. 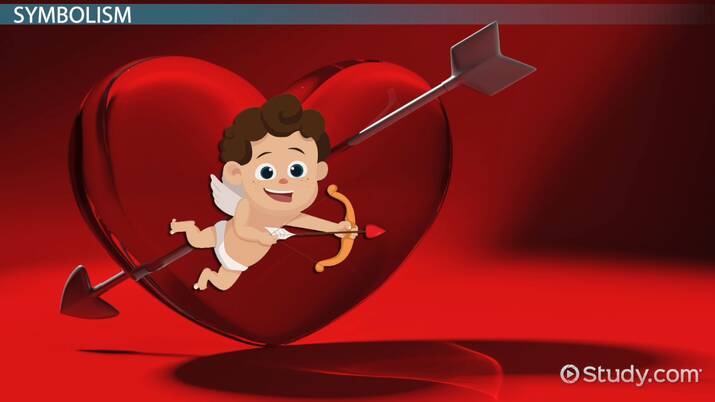 Try it now
Back
Coming up next: What Are Nouns? - Definition, Types & Examples

The speaker's lute fills several functions in this poem. By addressing the lute first, the speaker avoids having to directly address the poem's real target (his unrequited love) until he is ready. This serves to hide his real intention: a last message to a woman who spurned him. By making his address to her a digression on a monologue to his instrument, the speaker diminishes her power and importance to him.

The lute is also an example of metonymy, or using a part or attribute of something to represent the whole thing. Some common examples are terms like ''the crown'' to refer to a monarch or ''the pen'' to refer to the act of writing. In this case, the speaker's lute symbolizes his creative passions and skills. When he calls on his lute to awake, he is calling on all his creative faculties.

Likewise, when he tells his love that both he and his lute are done with her, he is saying that he is giving up on focusing his creative talents on wooing her. This claim is somewhat undercut by the fact that he continues reciting stanzas about her, despite ending each one with some variant of the claim ''I have done,'' meaning ''I am done.''

The speaker uses a variety of metaphors to describe his situation. In the second stanza, he likens his chances of piercing her heart to the chances of being heard by someone without ears or etching a hard substance like marble with a soft substance like lead.

The poet goes on to personify love itself as ''Love,'' evoking images of cupid with his arrows. The speaker claims that his love is ''Proud of the spoil that thou hast got / Of simple hearts thorough Love's shot,'' in effect collecting hearts like trophies with the aid of Love. He warns her, though, to ''Think not he hath his bow forgot.'' Cupid still has his arrows, and they could strike her as they've struck the narrator.

The speaker's bitterness comes across even more vividly when he accuses her of making ''game on earnest pain,'' in effect making sport of his suffering. He imagines his revenge, with her ''wethered and old,'' realizing too late that her looks were ''beauty but lent.'' Her looks are a temporary loan rather than a permanent feature. She will ''wish and want'' in the same way that he has.

This resentment lies at the center of the poem's meaning. Over and over, the narrator insists that he is done with the unnamed woman who rejected him, and time and time again, he has just one more thing to say to her. Between the accusations of cruelty and the images of her old age, the narrator still holds out hope that this last appeal will break down her resolve, and she will yield to his advances.

''My Lute, Awake!'' exists as a counterpoint (intentional or not) to the idea of courtly love. Courtly love existed in medieval literature and culture as a form of passionate, idealized love. It embraced the idea of a man idealizing and worshipping an often distant, perfect lover. Chivalry, courtesy, and abject adoration were all parts of the courtly love tradition.

The men in these stories and poems performed services in the hopes of winning the affections of the lady they adored. They expressed unwavering respect and courtesy to the often aloof or reserved women they were pursuing.

In this context, ''My Lute, Awake!'' can be seen as an example of courtly love gone wrong. The speaker, frustrated by rejection, has abandoned the respect and adoration in favor of threats and accusations. The chivalry and courtesy have disappeared behind a wall of increasingly aggressive anger. This anger and resentment show the speaker as a man unfit to pursue the art of courtship in this tradition.

On the other hand, this could be seen as a dark reflection of courtly love. The idea of earning his love's affections through his creative labors has given him a sense that he is entitled to her love. When she refuses, he sees it as her cheating him of his rightful due. In this way, the poem would depict not courtly love gone wrong, but the natural outcome of that tradition.

''My Lute, Awake!'' is a poem that chronicles a rejected suitor's complaints of his would-be lover's cruelty to him. The poem is punctuated by claims that he's done with her, and that she'll regret rejecting him when she's old and alone. The titular lute itself is a symbol of his creative endeavors, and it serves as a stand-in for him to address at the beginning of the poem. The lute is an example of metonymy, the use of part or attribute of something to represent the whole thing. This comparatively angry and resentful poem contrasts with some of the more optimistic tales of courtly love (a form of passionate, idealized love) found in other poetry.

The Doubt of Future Foes by Queen Elizabeth I | Summary & Analysis

On My First Son by Ben Jonson: Summary, Theme & Analysis

Speech to the Troops at Tilbury by Elizabeth I | Context & Analysis

The Mysteries of Udolpho by Ann Radcliffe | Summary & Analysis

A Description of a City Shower by Jonathan Swift | Summary & Analysis

The Passionate Shepherd to His Love by Christopher Marlowe | Summary & Analysis

The Doubt of Future Foes by Queen Elizabeth I | Summary & Analysis

On My First Son by Ben Jonson: Summary, Theme & Analysis

Speech to the Troops at Tilbury by Elizabeth I | Context & Analysis

The Mysteries of Udolpho by Ann Radcliffe | Summary & Analysis

A Description of a City Shower by Jonathan Swift | Summary & Analysis

The Passionate Shepherd to His Love by Christopher Marlowe | Summary & Analysis