Andrea is currently a social studies middle school and high school world teacher in Ohio. She has been a part of the teaching community for 9 years. She has a BA in history from Wright State University, as well as a MEd in education from the University of Dayton. In the education field, Andrea has taught workshops including OGT Success and Writing for Life. Andrea has also been a middle school debate team coach for several years. In the history field, Andrea is currently working towards a Public History Certification in Archival Studies at Wright State University.

View bio
Before the Civil War in the United States, there were a lot of differences between the North and the South. These social, economic, and educational differences would not only worsen the war but also define its outcome. In this lesson, you will learn about these differences. Updated: 10/09/2020
Create an account 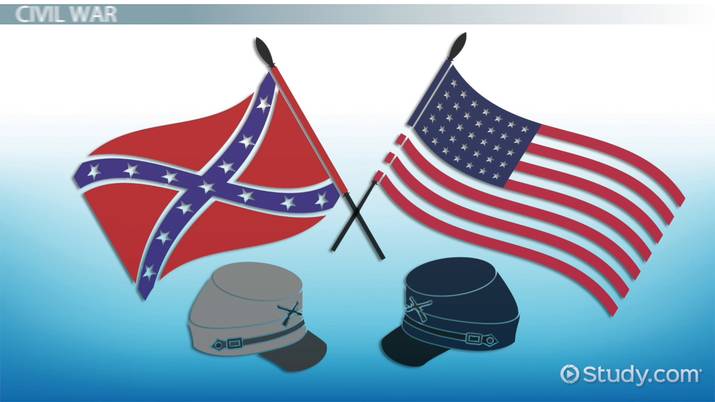 Coming up next: Children During the Civil War Lesson for Kids

By the 1820s, people all throughout America were attending religious gatherings. A lot of these gatherings focused on social reform. This was called the Second Great Awakening. Many were thinking about how they could live a better, more moral life. This is when the abolition movement was born in the North. Abolitionists were people who believed in abolishing or getting rid of slavery.

In the North, the abolitionist movement took hold of many different people. All around the region, newspapers, speeches, and books were being written about bringing slavery to an end in the South. In the South, the Southerners were very concerned. Their economy and way of life were dependent upon slavery.

In the South, life revolved around the cultivation of cash crops. The production of these raw materials was dependent on the hard work of slaves. Raw material production on that scale required a lot of labor. If farmers had to pay for that labor, they wouldn't have made much profit at all. Indigo, tobacco, rice, and cotton were grown in the South and sent all over the world, including the factories that dominated the northern region.

In the North, the economy was based primarily on urban, factory lifestyles. The heavily populated cities of the North, like Boston, New York, and Cincinnati, were brimming with textile mills and other early manufacturing plants. As a result, in the North, women and children were typically in the workplace as well as the men.

In the North, the heavily populated cities provided easier access to schools. Education and religion had always gone hand in hand due to the importance of reading the bible. As the 1800s progressed, many communities in the North had a church and a small school house. Also, by the 1830s, public schools began to crop up in the major cities of the North. In the North, more railroads, roads, and canals provided better access to travel. Therefore, going distances to school was also much easier.

The geographical set up of the South provided a very different experience, however. Due to the agricultural lifestyle that most people in the South lived, education was not the same. Large farms left communities separated by a lot of land. Access to public centers like churches and schools were limited. Travel was also limited, causing parents to be more hesitant about sending children long distances to school. In addition, a lot of Southerners believed that school was a private matter to be dealt with in the home, and most homeschooling fell to the wayside as it was operated around the daily tasks of upkeeping the farm.

A civil war is a war fought between citizens of the same country. The regions of the North and South were very different leading up to the American Civil War. The North began to harbor social change and the abolitionist movement, where abolitionists believed in abolishing (getting rid of) slavery.

In economics, the North was all about big cities and factories, whereas the South lived a farming lifestyle heavily dependent on slaves. When it came to education, the South was less involved in school, while the North was already developing a public-school system. These differences would play a large role in the divide, that would inevitably lead to the war and its outcome.

Prompts About Differences Between North and South in the Civil War for Kids:

In two to three sentences and in your own words, provide the definitions of a civil war in general and the specific United States Civil War.

Example: A civil war is a war inside of a country itself between people who live in that country.

Write an essay of one paragraph that explains who abolitionists were and what they wanted. Also answer the following questions: How did abolitionists spread their word? Why were Southerners concerned about abolition?

Example: Abolitionists were from the North and they wanted to end slavery.

Example: The North had more roads than the South, so it was easier for Northern kids to get to school.

Create a chart, poster, or some other type of graphic organizer that lists and describes the economic differences between the North and the South.

Example: Cash crops like cotton, tobacco, and rice were central to the South's economy, while factories like textile mills were major parts of the North's economy.

Why Was the Civil War Fought? - Lesson for Kids

General McClellan, the Army of Potomac & the Peninsula Campaign

Facts About The South During the Civil War: Lesson for Kids

African Americans in the Civil War: Lesson for Kids