Sophia has taught college French and composition. She has master's degrees in French and in creative writing.

'On Being Brought from Africa to America' is a poem by African-American poet Phillis Wheatley, who uses various literary elements to expose the hypocrisy of slavery. Learn about the summary, structure, and analysis of Wheatley's remarkable poem. Updated: 09/22/2021
Create an account

Who Was Phillis Wheatley?

Phillis Wheatley, who lived from 1753-1784, had a life story that would qualify her for her own adventure movie. Captured in Africa as a young girl, then brought to the United States of America, she was purchased and lived as a domestic slave in a wealthy Boston household. Most unusually, Wheatley's owners taught her to read and write, and as she displayed great talent and intelligence, they encouraged her creativity and studies.

Her poetry was published during her lifetime, which is very rare for any poet, let alone a Black woman, and she eventually became quite famous, touring and reading her work in Europe and the U.S. However, she remained a slave for a large part of her life, only freed at the death of her master and mistress. Wheatley's work explores the conflicting realities of being an educated, yet enslaved, African in America. 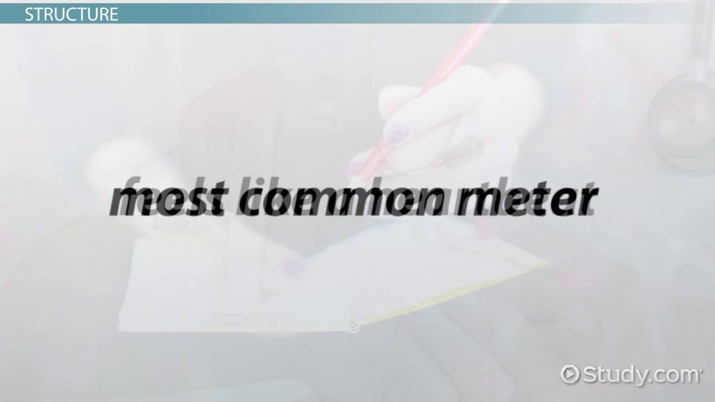 Coming up next: Song of Solomon by Toni Morrison: Summary & Characters

'On Being Brought from Africa to America' is only eight lines long. It's short enough that we can read the entire text here:

Twas mercy brought me from my 'Pagan' land,
Taught my benighted soul to understand
That there's a God, that there's a 'Saviour' too:
Once I redemption neither sought nor knew.
Some view our sable race with scornful eye,
Their colour is a diabolic die.
Remember, 'Christians', 'Negros', black as 'Cain',
May be refin'd, and join th' angelic train.

In line one, the speaker says that it was great luck that she was brought from Africa (the 'Pagan land') to America. In lines two through four, she says that coming to America introduced her to Christianity, which has brought her peace and salvation that she didn't even know she needed.

In lines five through six , the speaker says that some people scorn the African races, saying that their dark skin is a mark of inferiority or perhaps even evil - the 'diabolic die' refers to a taint by the devil. Lines seven through eight conclude the poem with a strong command for Christians to remember that Blacks can also become spiritual and educated ('refin'd') and that they are just as worthy of a place in society and in heaven ('th' angelic train') as whites.

The poem's structure is divided into two thematic parts. The first part speaks directly from the speaker's experience of coming to America as a slave. Notice that the author writes in the first person, using 'I' to tell her story.

There is a shift in the second part of the poem. Notice how the author is now using the third person, writing about 'some' people rather than herself. Notice also that she's using the imperative, the grammatical form for giving commands. She's using forceful language to give her readers a moral lesson: if they consider themselves good 'Christians,' they must remember that Africans can be educated, enlightened, and spiritual, too.

You probably noticed that 'On Being Brought from Africa to America' has an AABBCCDD rhyme scheme, with the last words in lines one through two, three through four, four through five, and seven through eight sounding alike. When a poet uses rhyme, we want to pay close attention to the words he or she links together. In the final couplet, for example, lines seven and eight link the words 'Cain' and 'train.' Cain, you may remember, was the Biblical character who slew his brother, the prototype of human evil in the Christian tradition. When Wheatley rhymes his name with 'angelic train,' she's setting up a quiet bond between the two ideas, suggesting that what appears evil may in fact be worthy of joining heaven.

In the 18th century, English was a lot more flexible in terms of spelling and capitals, something you've already likely noticed in your reading. Contemporary readers wouldn't have been jarred by Wheatley's use of capitals and italics to stress certain words. However, that doesn't mean that she did so at random. The words she stresses with italics often go together in pairs: 'Pagan' and 'Savior,' 'Christians' and 'Negros.' Notice how she's playing with opposites. These words seem to have completely different meanings, but by linking them with italics, she subtly encourages us to see that these groups actually have a lot in common.

The poem also uses irony. To modern readers, this poem can feel a bit hard to stomach on a first read. When Wheatley writes of the 'mercy' that brought her to America, or refers to Africa as a 'Pagan land,' is she really saying that it's a good thing that she became a slave?

In order to put these lines in perspective, we need to remember the historical context in which Wheatley was writing. She was living as a slave a good hundred years before the Civil War led to the emancipation of American Blacks. It would have been all but impossible for her to publish poems that came right out and accused her owners of the evils of slavery and that could also have made her life at home quite dangerous. She has to find a way in her poetry to show the evils of slavery and racism, while protecting her position and getting her work out to the public.

The overall message of 'On Being Brought from Africa to America' is to point out the hypocrisy of Christians who treat Blacks as inferior. Wheatley uses modesty, wittiness, and irony to show that many people who consider themselves upstanding members of society refuse to behave in a Christian manner. Once we reach the end of the poem, we begin to wonder if she's being completely serious when she speaks of the 'mercy' that brought her to America, given that many people who claim to be religious behave in quite unmerciful ways. Remember, in line five, she says that it's other people who scorn the African races - the speaker of the poem is, in fact, quite proud of who she is.

'On Being Brought from Africa to America' is a short but powerful poem that illustrates the complexity of Phillis Wheatley's life as an educated but enslaved African American woman. Her careful use of rhyme, meter, and irony help her point out the injustices she experiences.

On Being Brought from Africa to America by Phillis Wheatley: Summary & Analysis
Related Study Materials

The Author to Her Book by Anne Bradstreet | Summary & Analysis

The Philosophy of Composition by Edgar Allan Poe: Summary & Analysis

Countee Cullen's Role in the Harlem Renaissance: An Analysis of Heritage

The Interesting Narrative of the Life of Olaudah Equiano | Summary & Analysis