Persepolis is the graphic novel that tells of Marji, a young girl who is trying to live and be herself in Iran during the Islamic revolution, which resulted in religious oppression. Updated: 06/01/2021
Create an account

Persepolis is the true story of Marjane Satrapi as she grew up in Iran during one of the most volatile times in Iran's history, the Islamic Revolution, which was a religiously motivated revolution to overthrow the Western-allied shah, and the Iran-Iraq War, which was a protracted conflict between Saddam Hussein's Iraq and Ayatollah Khomeini's Iran from 1980 to 1988. The country was bombarded with new rules, requirements, and bombings while people fought for food at the grocery store. Marji, as she was called, writes the story of this time through her eyes and about her family. She seeks to show that the Iranian people were very similar to others; they were just oppressed and changed due to the new regime.

Marjane, an outspoken young girl brought up in a liberal household, learns how to wear a veil and deal with the separation of genders in schools. Marjane struggles with the new regime, but also struggles with the social inequality of her country and how her family plays a part in it. 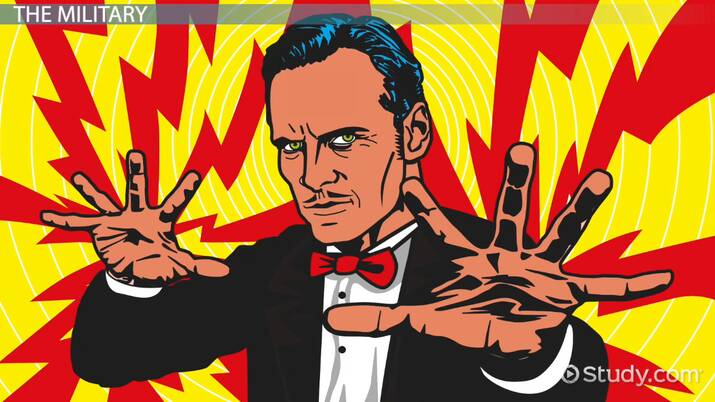 Coming up next: Power in Persepolis: Theme & Quotes

The veil was the largest oppressive symbol in Persepolis. It stood for the Islamic revolution and the religious oppression that it was forcing upon the Iranian people. ''We really didn't like to wear the veil, especially since we didn't understand why we had to.'' This seemed to also be tied into the closing of secular schools as well, at least in Marji's mind. ''We found ourselves veiled and separated from our friends.''

The veil was also oppressive for the women in Iran. Marji's mother experiences an even harder time when she chooses not to wear the veil. She gets accosted on the street by two men of the new fundamentalist regime. ''They insulted me, they said women like me should be pushed up against the wall and fucked. And then thrown in the garbage. . . and that if I didn't want that to happen, I should wear the veil.'' It was here in the story that the veil's oppression seemed to escalate.

The schools just got worse for the girls. They started daily self-flagellation to prove their faith and their suffering for their God. The girls' schools also went from teaching lessons for education to sewing hoods for soldiers and learning about their faith. Education was nearly eliminated.

For the boys and men in Iran, they suffered a different oppression that came in the form of sacrifice in the military. They started indoctrinating the boys early, usually around 14, giving the golden key to paradise. ''They gave this to my son at school. They told the boys that if they went to war and were lucky enough to die, this key would get them into heaven.'' The poorer boys are given the key to get them excited to go to war, and then they send them off, still at only 14.

According to Marji's cousin who was in the military, there were a mass of buses that showed up daily with young boys to be trained and sent to the front. ''It's nuts! They hypnotize them and toss them into battle. Absolute carnage.'' But the key was only for the poor. The higher class boys did not have to go to war; they were saved from death. ''The key to paradise was for poor people, thousands of young kids, promised a better life, exploded on the minefields with their keys around their necks.''

The Lack of Fun

Unfortunately, fun seemed to be outlawed. Marji's family started to put up black-out curtains, not only to stop glass from flying into their home because of the bombings, but because neighbors were turning on neighbors. The fundamentalists were everywhere and if they could see in your home and see what you were doing, you would be reported. ''The other night, two guardians of the revolution patrols paid them a visit. . . They found records and videocassettes at their place, a deck of cards, a chess set, in other words everything that's banned. . . it earned him 75 lashes.''

Marji's family also experienced a traffic stop where a fundamentalist of only 16 pulled them over and started to yell at Ebi, Marji's dad, because he could tell he had been drinking. The young man followed them home to see how much alcohol they had, yet when Ebi paid the kid off, he left. Money seemed to stop some of the oppression, just not all of it.

All right, let's now take a moment or two to review. As we learned, Persepolis shows the volatile state of Iran right after the Islamic revolution, which was a religiously motivated revolution to overthrow the Western-allied shah, and during the Iran-Iraq War, which was a protracted conflict between Saddam Hussein's Iraq and Ayatollah Khomeini's Iran from 1980 to 1988. The religious oppression started with veils for the women and the separation of boys and girls, and continued with asking the young, poor boys of Iran to sacrifice themselves on the battlefield. The oppression continued to escalate when they outlawed things like alcohol and games, because it was too much and too decadent for the new fundamentalist regime.

The Islamic Revolution in Persepolis

Marji's Relationship with God in Persepolis

Blackjack: Finding Expected Values of Games of Chance with Cards

Impact of the Great Depression on Latin America

Examples of Synesthesia in Literature

On the Pulse of Morning: Meaning & Analysis