The modern understanding of capitalism is the arrangement of economic activity in the form of a political system that offers and regulates free industry, trade, and production of services. Learn more about the modern origins and evolutions, Adam Smith, and 'Laissez-faire. Updated: 10/21/2021
Create an account

Ah, capitalism. It seems like people either love it or hate it. It can be a contentious issue. I can't tell you how many debates I've been involved in over it. But what exactly is capitalism, and how did it develop? In this lesson, we will be learning about the origins of modern capitalism. But first let's define the term. Capitalism is an economic system in which industry, trade, production, and other means of securing wealth are privately controlled for the purpose of making profit. This 'privately controlled' part is the key. An essential characteristic of capitalism is that trade, industry, and production are conducted by private owners, not the state. Just so we are clear here, the word 'state' means the government.

Let's say you decided to start a lawn-mowing service. You went out, purchased a lawnmower, and began charging $20 to mow people's lawns. The money you earn is yours; you can invest it in more equipment, in advertising, or you could just spend it on a new pair of jeans at the mall. The point is, you own the lawn-mowing service (not the government!), and you are free to spend your profit as you see fit. This, in a nutshell, is capitalism. Successful companies that have thrived under the capitalist system include Coca-Cola, Ford Motor Company, and Wal-Mart.

We need to understand that throughout history, and in many parts of the world even today, the exchange of goods and services are not run by private companies and individuals, but by the state. For example, under communism, the means of producing wealth are typically controlled by the state. Communism is often cited as the opposite of capitalism. 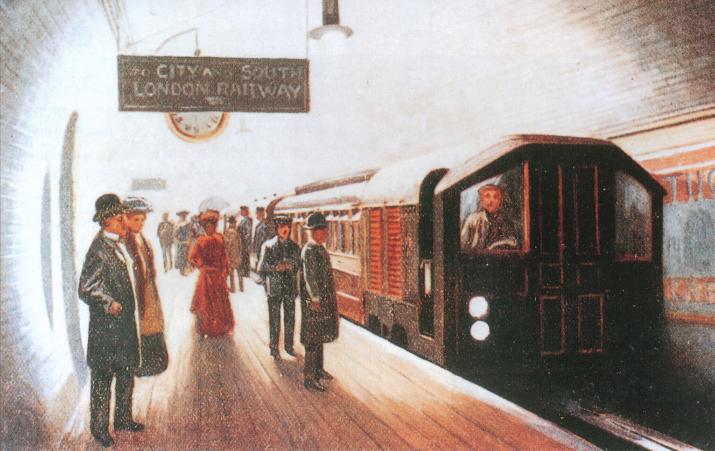 Coming up next: Influence of the Enlightenment on Democratic Thought

The Beginning of Modern Capitalism

Now that we know what capitalism is, let's find out how it came to be. In one sense, the concept behind capitalism is ancient. Capitalism operates according to laws of supply and demand. So, certainly even back in ancient times, there were elements of capitalism present in society. You know one guy has a lot of chickens, but not a lot of iron, so he sells some of his chickens in order to buy iron. Surely, this type of exchange has taken place since the beginning of time. But modern capitalism as we know it emerged primarily as a result of the breakdown of the feudal system, the impact of the Protestant Reformation, and the rise of the Industrial Revolution.

Now, please understand, the emergence of modern capitalism didn't take place overnight; it took decades, even centuries. Because of this, it is difficult to determine exact dates, not to mention, this issue is hotly debated by historians. That said it is relatively safe to say modern capitalism, as we know it, emerged between the 16th-19th centuries.

There are many different things that contributed to the emergence of modern capitalism, but for our purposes, we will quickly highlight a few of the most important. By the 16th century, feudalism was breaking down. What is feudalism, you may ask? Feudalism was a medieval system of social structuring based on land holdings. Basically, what you need to understand is that under the feudal system, peasants had no chance of bettering themselves. They were basically enslaved to the land and doomed to remain poor all their lives.

The Protestant Reformation, which was an anti-Catholic movement sparked by Martin Luther in 1517, also helped set the stage for the emergence of modern capitalism. Many Protestant Christians held to a revolutionary new view of work and wealth. They regarded hard work and thrift as traits, which pleased God, and they regarded material wealth not as an evil, but rather a gift from God. Finally, and possibly most importantly, the Industrial Revolution took place in Europe and the United States throughout the 18th and 19th centuries and was characterized by the emergence of advanced machinery and improved methods of manufacturing. The Industrial Revolution arguably brought modern capitalism into full bloom. With a moderate investment in machine tool technology, a person could build a warehouse or factory that was capable of reaping tremendous profit. With the rise of capitalism also came a rise in the quality of life.

We can't really talk about the birth of modern capitalism without mentioning a man named Adam Smith. Adam Smith was a Scottish Enlightenment philosopher and economist who is often considered the 'Father of Modern Economics.' He lived between 1723 and 1790. He believed capitalism was the best economic system, and he argued this view convincingly through his many writings. His book, An Inquiry into the Nature and Causes of the Wealth of Nations, which is usually just called The Wealth of Nations, is probably the most important book on economics ever written, and even today, it remains foundational. Adam Smith disagreed with the government trying to control economics; instead, he favored the free market, which was basically the flow of economic principles free of government interference. For this reason, sometimes capitalism is also called free market economics. They are often used interchangeably. Adam Smith often used the term 'invisible hand' to describe the way the free market self-regulates.

One more thing: the term laissez-faire is often used to describe free market economics and capitalism. Laissez-faire is French and means 'hands off' or 'leave it alone.' The idea here is that the government should leave the economic market alone, and not try to control it.

Let's review. Capitalism is an economic system in which industry, trade, production, and other means of securing wealth are privately controlled for the purpose of making profit. We identified three critical events that contributed to the growth of modern capitalism: the breakdown of feudal society, the Protestant Reformation, and the Industrial Revolution.

Feudalism was a medieval system of social structuring based on land holdings. It basically ensured that peasants remained peasants. The Protestant Reformation was an anti-Catholic movement sparked by Martin Luther in 1517. It helped give rise to new ways of thinking about work and wealth. The Industrial Revolution took place in Europe and the United States throughout the 18th and 19th centuries and was characterized by the emergence of advanced machinery and improved methods of manufacturing. Adam Smith was a Scottish Enlightenment philosopher and economist who is often considered the 'Father of Modern Economics.' His book Wealth of Nations was extremely influential. He also developed the concept of the 'invisible hand' of the market. Laissez-faire is a French word that means 'hands off' or 'leave it alone' and is used to describe free market economics free from government interference.

Watch this video lesson on modern capitalism and make sure that you can:

The Role of Religion in Modern Middle East Conflicts

Spread of Christianity in Medieval Europe

Geography and Climate: Effects on Civilizations