Jean Piaget's concrete operational stage of development is marked with the ability to understand how objects may change or be divided, but retain characteristics like mass or volume. Explore this concept through examples and consider how it fits alongside the other stages of development. Updated: 09/22/2021
Create an account

The famous developmental psychologist, Jean Piaget, proposed four distinct stages of human cognitive development. Based on his observations and research, he determined that each of these four stages of development was signified by the achievement of specific milestones.

The concrete operational stage is the third stage. According to Piaget, most children will enter this stage sometime around the age of seven and complete it sometime prior to age eleven. There are many factors at play in terms of the speed at which a child develops, so some children will reach this stage earlier than seven and exit it after eleven. 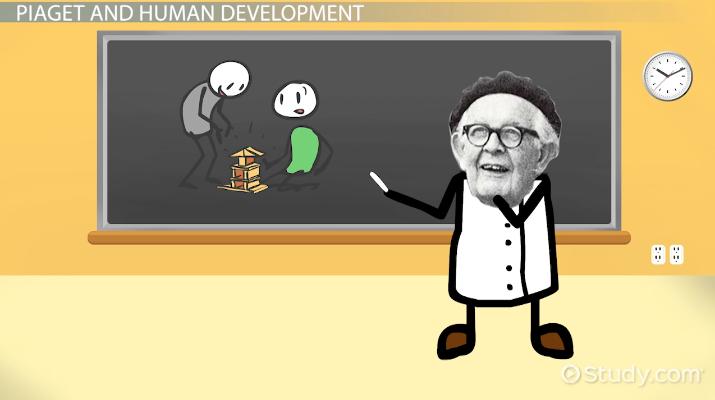 Coming up next: Compare & Contrast Exercises

As the name implies, the concrete operational stage of development can be defined as the stage of cognitive development in which a child is capable of performing a variety of mental operations and thoughts using concrete concepts. More specifically, children are able to understand that just because an object changes shape or is divided into pieces, the object still retains certain important characteristics, such as mass or volume. Let's look at a couple of examples to help you better understand the definition.

Start with two drinking glasses, which both hold eight ounces of fluid. Place them on a table in front of a child. Let's say that one of the glasses is three inches tall and the other one is six inches tall. Naturally, the glasses look very different from one another even though they are able to hold the same amount of fluid.

Next, fill the shorter glass to the brim with orange juice and then pour the juice from the shorter glass into the taller glass. The child is then asked which glass can hold more juice, the tall glass or the short glass. Any response other than 'they hold the same amount of orange juice' is incorrect and thus demonstrates a lack of concrete operational thought.

Here's another example. The next time you are playing with a child and have some Legos handy, build a tower that is two feet wide by two feet tall. Using normal-sized Legos, that will probably take quite a few pieces to accomplish. Now, take the tower apart and spread all of those pieces across the floor. Ask the child whether there were more Legos in the tower or more scattered across the floor.

As in the orange juice example, the child who has not yet developed into the concrete operational stage of development will likely believe that there are more Legos scattered across the floor, even though he saw you take the tower apart and scatter every single piece. He sees more pieces and thinks that there are more individual Legos than there were in the tower. His brain is not yet able to understand that objects can change shape but still retain core properties, such as mass.

The ability to master the conservation task and engage in concrete operational thinking is a critical part of childhood cognitive development. Without the ability to engage in concrete mental manipulation, it's virtually impossible to graduate to more advanced cognitive skills, such as abstract thinking, which is the key component of Piaget's fourth stage. Additionally, even though all children develop at different rates, the child who is exposed to conservation task situations will be at an advantage in terms of mastering the concrete operational stage of development.

Let's review. Developmental psychologist Jean Piaget developed a theory of cognitive development that includes four distinct stages. The concrete operational stage is the third stage. Most children will enter this stage somewhere around the ages of seven to eleven years old. The concrete operational stage is signified by the child's ability, or inability, to master the conservation task. The conservation task involves exposure to situations that require the ability to mentally manipulate objects. Children who are capable of mastering the conservation task are able to progress into the fourth stage of development, which involves the ability to think abstractly.

When you've finished this lesson, you should be able to:

The Perinatal Environment and Potential Hazards During the Birth Process

Changes in Sense of Self From Childhood to Adolescence