What Is the Place Theory of Hearing? 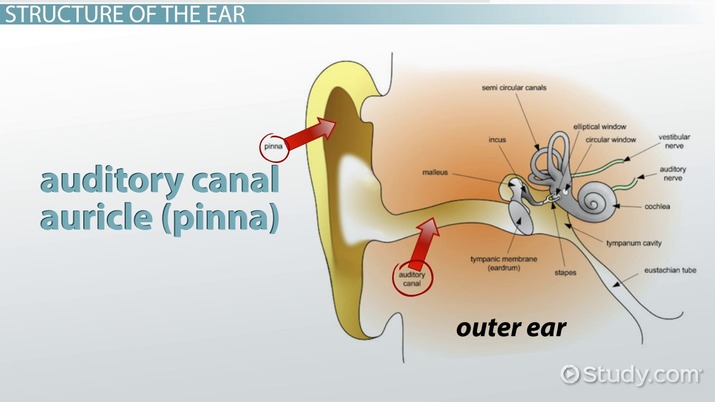 Structure of the Ear

In order for us to truly understand the place theory of hearing, we must first have basic knowledge about the structure of the ear. This picture depicts the different parts of the human ear.

We absorb sound into the outer ear, which includes the external auditory canal and the auricle, or pinna. The sound transforms into an acoustical signal after it is absorbed. The tympanic membrane, commonly known as the eardrum, is the part of the ear that separates the outer ear from the middle ear.

Housed within the cochlea is the the Organ of Corti, also known as the hearing organ, which houses sensory hair cells. Once the sound enters the cochlea, it causes the hair cells of the Organ of Corti to move. The sound is then converted into nerve impulses that are carried to the brain through the auditory nerve.

Place theory of hearing is unable to account for sounds with very low frequencies, such as those in bass notes, due to the fact that there are no auditory nerve fibers that have a preference for very low frequencies. But how then do we hear these sounds? This can be explained by the frequency theory of hearing. According to the frequency theory, the frequency of the nerve impulses of the auditory nerve corresponds to the frequency of a tone, which allows us to detect its pitch. The entire basilar membrane is activated by sound waves at different rates. As a result, the neural impulses are transmitted at different rates.

Let's review. The place theory of hearing states that different parts of the cochlea are activated by different frequencies. Sound is absorbed into the outer ear as an acoustical signal and is later converted into nerve impulses that are carried to the brain.

The major assumptions of the place theory of hearing are that the hair cells respond independently at different locations and that specific sound frequencies cause specific hair cells to vibrate.