Due to Henry Gustav Molaison's accident and resulting epilepsy, neuroscience was born. This lesson discusses the surgery that changed his life and brain science forever. Updated: 10/29/2021
Create an account

Who Was 'Patient HM'?

Henry Gustav Molaison hit his head when he was nine, which caused epileptic fits shortly after. Henry started having over 10 epileptic fits a day, which made it almost impossible for him to have any type of life. He was born in 1926, so by the time he was in his 20s and looking for help it was still only the early 1950s.

He met Dr. William Scoville, who believed removing Henry's hippocampus from his brain, effectively lobotomizing him, would completely alleviate the seizures. Although Henry was nervous, he agreed to the surgery, which changed not only his life, but neuroscience forever. 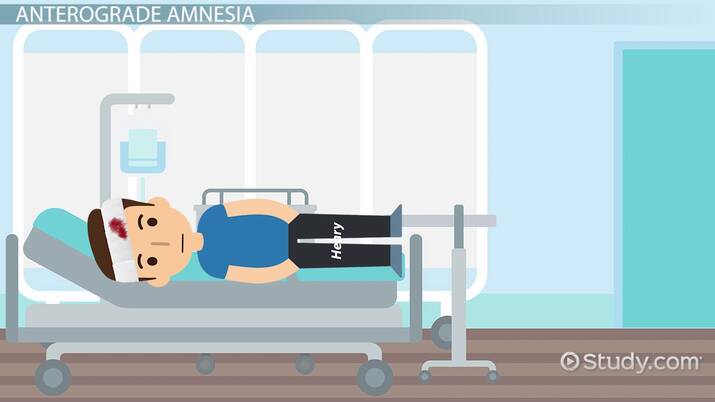 Coming up next: The Importance of Sleep

In 1953, Henry Molaison had his hippocampus removed. He was only 27. When he was out of surgery, doctors started to realize there was something incredibly wrong. Although Henry's epilepsy seemed to be gone, Henry could no longer make memories. He had what psychologists and doctors call severe anterograde amnesia.

Anterograde amnesia is the inability to develop and keep new memories. Old memories that have been stored as long-term memories are retained, but they are fuzzy in recollection.

Immediately after the surgery, Henry could recall all of his old memories from before the surgery without major problem. But even the simplest new memories were lost to him. He could not remember what he ate for lunch, or recall the names of doctors that he met just a few minutes before. So why was this sad case such a miracle for brain science?

Due to Henry's new condition and amnesia, he became one of the most studied men in history. Eventually called ''Patient HM,'' he was analyzed and studied for over 50 years of his life, until he died at age 82. Henry never really aged in his mind, always behaving like the 27-year-old man he was when he came out of surgery. However, when he saw himself in a mirror he wouldn't be surprised; he didn't really seem to be overly emotional about anything as he grew older.

But this is not all they learned from Patient HM. Henry was frequently given difficult tests, like tracing shapes from their mirror images or doing crossword puzzles. He would not remember doing some of these tests, yet with each new test he became better and better. So, although he was not remembering the actions, he was still learning from them, like muscle memory.

This taught scientists the existence of procedural memory, or the memory of actions taken and movements made, which seemed to be the type of memory Henry still had. Study of Henry also led to the discovery of declarative memory, which is the memory that allows you to remember people you have met, or recount events and conversations that you have had. This is the memory that Henry lost after the surgery.

After Henry's death, his brain was donated to science, which allowed scientists to see what had been happening to Henry's brain for the last 50 years in depth. They found that when Scoville originally tried to remove the hippocampus, he also did damage to the amygdala. This created other issues for Henry, like the inability to determine whether he was hungry or thirsty, and even made him less emotional. Additional studies also showed a severe side effect of the seizure medication Henry stayed on his whole life, which was the atrophying of his cerebellum.

Although the severe surgery that Scoville had performed was ultimately at the detriment of Henry, it was the first of its kind and scientists were able to learn from it. The study of Henry Molaison led science to develop in ways that had never before been conceptualized.

Henry Molaison was a man who suffered from epilepsy and an immense contributor to the study of the brain and memory. As an attempt to remedy the severe epilepsy caused by a bike accident as a child, he had a lobotomy on part of his brain. Dr. William Scoville removed most of Henry's hippocampus to stop the seizures, and it worked.

However, it also caused Henry to have severe anterograde amnesia, meaning he could no longer produce new memories. The 50-year study of Henry that followed resulted in the discovery that the mind has two different types of memory:

Henry still had procedural memory, but no declarative memory. The studies done on Patient HM were the first of their kind, forever changing science.

George Miller Psychology Theories | What Is the Capacity of Short-Term Memory?

Techniques to Study the Brain and Behavior