'Psychometrics' is a big word that's thrown around quite often within the psychology and testing communities. But what exactly is it? In short, psychometrics is a field of study that deals specifically with psychological measurement. This measurement is done through testing.

There are various types of psychometric tests, but most are objective tests designed to measure educational achievement, knowledge, attitudes, or personality traits. In addition to the tests themselves, there is another part of psychometrics that deals with statistical research on the measurements that psychometric tests are attempting to obtain.

Sound confusing? It really isn't. Let's walk through some of the different kinds of psychometric tests. 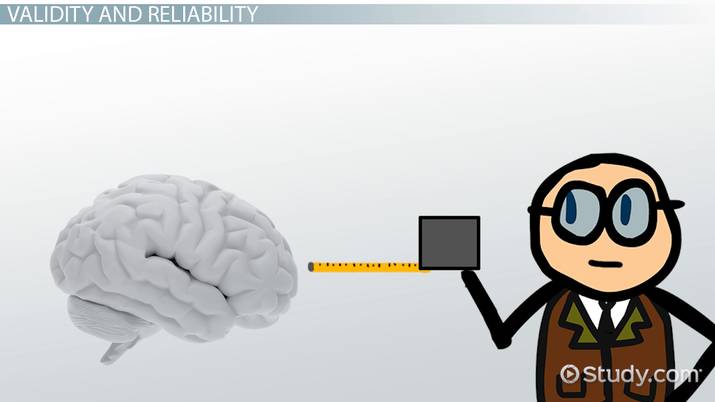 Bob is a new recruit at the FBI Academy. The FBI is known to issue lots of psychometric tests to make sure its recruits are educated, mentally stable, and otherwise fit for duty. So, in Bob's first week at the academy, he has to take a bunch of tests.

The first type of test that Bob takes is an intelligence test - likely the Weschler or the Stanford-Binet - to determine his IQ, or intelligence quotient. A trained psychometrist, which is the person who administers this type of test, will have Bob complete a variety of tasks, from repeating a sequence of numbers forward and backward to working some pretty difficult puzzles.

After Bob completes the IQ test, he'll likely take a psychometric test that's designed to ensure he doesn't have any underlying personality or mental disorders. One such test is the MMPI, or Minnesota Multiphasic Personality Inventory. There are a few versions of this test available, one of which has 567 true/false questions that will determine all kinds of things about Bob's personality.

The following day, the psychometrist might have Bob take some tests that gauge his beliefs and attitudes. This could go on and on. There are literally thousands of psychometric tests out there, although not all of them have been designed by professionals. Another popular type of psychometric test is the Likert scale, which asks about your level of agreement or disagreement in response to a prompt.

When writing and administering psychometric tests, psychometrists have to make sure the tests are both valid and reliable. Validity simply means that the test measures what it's supposed to measure. In other words, the Stanford-Binet IQ test wouldn't be valid if it measured personality traits or attitudes rather than intelligence.

Reliability means that the psychometrist will get roughly the same result from the same person each time the test is administered. In other words, does the test reliably do what it is designed to do?

Psychometrists and test writers worry a great deal about reliability and validity, which is why new psychometric tests undergo rigorous trials and norming periods before they go on the market. Norming refers to a means of 'testing' the test and developing baseline scores before it's used to test the general population.

Psychometrics is an area of study that deals with testing peoples' intelligence, attitudes, beliefs, and personality. People who administer these tests are called psychometrists. There are thousands of psychometric tests, and most are objective, meaning there are questions that can be answered either correctly or incorrectly. It's very important that psychometric tests be both reliable and valid.

Elements of an Experiment in Psychology