One of the many uses of psychology in educational settings is related to reducing undesirable behavior in the classroom. Explore the different methods teachers can use to reducing students' bad behaviors based on Thorndike's law of effect including: time out, satiation, token economies, and extinction. Learn how to use these techniques through some examples, and discover why corporal punishment isn't recommended. Updated: 08/23/2021
Create an account

Law of Effect in the Classroom

Every teacher has to deal with students who display undesirable behaviors in the classroom. These behaviors can range from students who engage in relatively benign behaviors, such as chewing gum, talking with their friends or acting rowdy, to truly negative behaviors, such as bullying other students. Principles from psychology can be used to provide teachers with several options for how to reduce these undesirable behaviors, and many of these techniques come from the behavioral perspective in psychology.

The foundation of the behavioral perspective is Thorndike's Law of Effect, which states that we are motivated to gain rewards and avoid punishments. This basic rule can be applied to several different options that teachers have for classroom management. 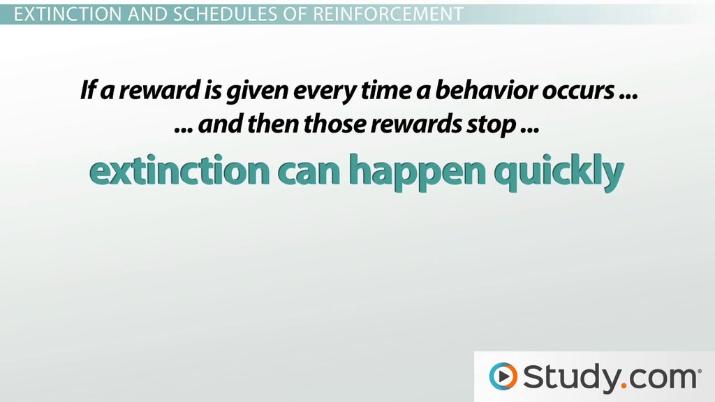 Try it now
Back
Coming up next: Externalizing Behaviors: Examples & Definition

The time out technique punishes negative behaviors by removing an unruly student from the rest of the class. If the other children were rewarding the negative behavior by giving the student attention or even by smiling and joining in, this removal subtracts that peer reward while also adding the isolation as a punishment.

For example, if Susan is teasing Molly, the teacher might make Susan sit in a chair in the corner of the room, behind the other students. This way, the other students can't see Susan, and thus Susan is ignored. Susan can still see the rest of the class, however, and thus she can both see any fun she is missing by being in the corner, and she can learn any material the teacher is covering during that time.

Instead of punishing negative behaviors, a teacher might decide to actually encourage the negative behavior. This creative technique surprises children by allowing the behavior that is typically against the rules, but works by requiring the children to engage in the activity so much that they get bored or realize the futility of that behavior.

For example, imagine Jarael continues to disrupt the class by getting up to drink from the classroom water fountain. Instead of discouraging Jarael, the teacher might stop the class and ask Jarael to go up to the water fountain and stand there, drinking continuously, for three minutes straight. This will make the point that Jarael should no longer be thirsty, and it may embarrass him by pointing out his negative behavior. This relatively light social punishment might motivate Jarael to avoid the attention by focusing on his schoolwork.

Teachers should be careful when using the satiation technique, to make sure students are not doing anything dangerous, and that any attention given to them is not something desired by that student.

Extinction and Schedules of Reinforcement

An easy technique from the behavioral perspective is to simply ignore any negative behavior. The Law of Effect suggests that if a student is engaging in a behavior because he or she is getting the reward of attention from the teacher, then removing this reward by ignoring the student should, eventually, stop the behavior from occurring. When we try to end a behavior by removing any reward given for that behavior, we say that the behavior has become extinct. Thus, this technique is called extinction.

For example, imagine that Lucia enjoys getting attention from her teacher when she makes strange noises during lessons. The teacher can try to extinguish Lucia's behavior by ignoring her. By removing the attention, or reward, Lucia's behavior should eventually go away.

A major warning about the extinction technique is that the teacher's ignoring must be consistent. This is because of schedules of reinforcement. In another lesson within the behavioral perspective, you learned about different schedules of reinforcement, such as variable ratio or fixed interval. If a reward is given every time a behavior occurs, and then those rewards stop, extinction of that behavior can happen more quickly, because the student will notice immediately when the reward is removed. However, if rewards had been given only occasionally, extinction is more difficult, because the student already knew that the reward would not occur every time.

For our example, this means that the teacher must be very sure that as soon as he decides to try ignoring Lucia's behavior, he must be sure to NEVER give her attention for the strange noises she is making. If Lucia is sometimes ignored, but sometimes rewarded by getting attention - even negative attention - this variable schedule of reinforcement will only make that behavior stronger. Lucia will never know if she will be ignored or rewarded with attention, which will make the extinction more difficult. This means that sometimes, the extinction technique may take a very long time before it is effective in removing the negative behavior.

A final warning about the extinction technique is that some children may interpret being ignored by the teacher as a sign that the teacher condones the behavior. Thus, teachers must use this technique very carefully, and only for students who will interpret the ignoring response in the desired way.

The techniques we've reviewed so far all focus on removing negative behavior. But perhaps the most effective way to remove negative behavior is to replace it with positive behavior. This is possible by using a token economy. Here, children receive a reward each time they show a positive behavior. In a token economy, the rewards given are some kind of tangible item, such as a poker chip or a gold star posted on a board at the front of the room. Children can save up the tokens, and exchange them for some kind of desired reward. Think of when you play skeeball. When you do well, you get tickets from the machine, and you can exchange these tickets for prizes such as little toys or stuffed animals. The more tickets you have, the better the prize can be.

For example, let's say Mrs. Fukami wants her children to stop talking during study hall, and instead read a book. Each time a student makes it all the way through study hall without talking, and instead by reading a book, that student gets a gold star. Children can decide how to 'spend' their stars. They could, for example, turn in five stars for free time playing computer games, or ten stars for five extra minutes of recess, or even twenty stars for a book they get to keep.

In summary: this lesson covered several techniques teachers can use to reduce negative behavior in the classroom, using ideas from the behavioral perspective.

A time out punishes students by isolating them from the rest of the class, by making them sit by themselves for a certain period of time.

Satiation temporarily encourages negative behavior by letting students engage in the behavior so much that they either get bored, get embarrassed or simply realize that the behavior is not useful.

Finally, token economies reward children for good behavior by giving them tangible rewards that they can exchange for desired prizes or activities.

All of these techniques work slightly differently, and teachers should choose techniques that both work well for their students and are approved by their principal and school.

What Is a Developmental Delay in Children? - Definition, Causes & Symptoms

Teaching Math to Students with Autism

What Is a Developmental Delay in Children? - Definition, Causes & Symptoms

Teaching Math to Students with Autism