Recurring themes in history are commonalities or patterns that appear throughout the course of history. Learn about how recurring themes and events in history such as class struggle, nationalism, geography, migration, industrialization, and cultural developments. Updated: 10/06/2021
Create an account

Does History Repeat Itself?

There are a lot of quotes about history repeating itself. Most of us have probably heard the common adage: 'Those that don't learn from the past are doomed to repeat it,' or something similar. Karl Marx once said: 'History repeats itself, first as tragedy, second as farce.' In the book of Ecclesiastes in the Bible, the author writes 'There is nothing new under the sun.'

So, does history actually repeat itself? Well, not exactly. The idea here is that there are discernible patterns throughout history. We can call these reoccurring themes. Sure, things don't happen in exactly the same way twice, but there are often commonalities or patterns that reoccur throughout the course of history. Let's take a look at some of them. 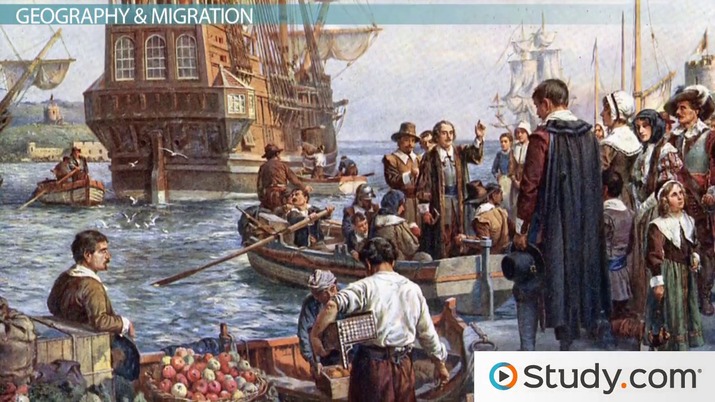 Try it now
Back
Coming up next: Animism & Shamanism: Definitions, Worldviews & Ideologies

One of the most pronounced reoccurring themes throughout history is class struggle. Class struggle refers to the tension and struggle for power between different social classes. German philosopher Karl Marx, one of the 'founding fathers' of communism, identified class struggle as the primary force in historical change. Central to class struggle is the conflict between the 'haves' and the 'have-nots.' This conflict has been waged between those with wealth and power and those without.

Often times, it has begun when the 'have-nots' revolt against the 'haves.' This conflict has reoccurred constantly throughout history. The Servile Wars of Ancient Rome, a slave uprising, is one example of class struggle from ancient times. The French Revolution (from 1789-99) was very much a class struggle, as was the Russian Revolution (in 1917). Some scholars have even suggested the American Revolution had its roots in class struggle, although this view is controversial.

Since we are on the subject of conflict, this is a good time to very quickly address warfare. Italian dictator Benito Mussolini once said: 'Blood alone moves the wheels of history.' Surely warfare occupies a central role in historical development. War springs from a variety of causes, including, as I mentioned, class struggle. Another leading cause of war throughout history has been nationalism.

Nationalism is basically profound pride in one's nation. It often leads to the belief that one's country is superior and has the moral right to wage war against other countries. Of course, nationalism is most often associated with modern history, as opposed to ancient history. The desire for another nation or group's natural resources has also been another source of war throughout the ages. Of course, we call this stealing.

Throughout history, certain regions have become more populated than others. Naturally, areas near major rivers or water sources tend to be more suitable for development. Also important are regions with a hospitable climate and good soil for growing crops. This is common sense, however, so I will not spend too much time addressing these issues.

Throughout history, people groups have found it necessary to migrate, or move from one place to another. Reasons for large-scale migration vary, but common reasons have included escaping famine, fleeing political and/or religious persecution, forced displacement, and economic opportunities. Sometimes these reasons overlap. Settlement of the New World was, at various times, spurred by many of these reasons.

Some financial opportunities have included moving to an industrialized area or searching out new technology. When I speak of technology, I mean more than just the Internet and the iPhone. Technology consists of any physical innovation that makes tasks easier. When the wheel was invented in Mesopotamia around 3500 B.C. it was a major technological advance. Since then, countless technological advances have made life easier for mankind. Each age marvels at its own technological advances, making previous advances seem primitive. It's a continual cycle - kind of like the 'circle of life' in The Lion King, only this is the 'circle of history.'

Similarly, there has always been controversy surrounding the emergence of new scientific truths and new ideas. In Ancient Greece, the famous philosopher Socrates was sentenced to death for 'corrupting the minds of the youth' with his radical emphasis on reason and skepticism. Likewise, Galileo Galilei faced the Roman Inquisition in the 17th century for contradicting the established religious view that the Earth was at the center of the universe. Of course, you and I now think nothing of this; we recognize it as established fact. Throughout history there are always those who push new ideas and those who attempt to protect the status quo.

Culture has changed dramatically throughout history, but human nature remains constant. In almost every age, issues of race, sexuality, and religion have arisen. Time and again throughout history one race or group of people have subjugated another group, deeming them to be inferior. In many cultures, and throughout many ages, women have not had equality with men. Countless wars have been fought as one religious group has attempted to 'convert' the other.

There's a lot to think about in this lesson. Let's review. Reoccurring themes are simply commonalities or discernible patterns that appear throughout the course of history. Class struggle is one of the most important reoccurring themes in history. It concerns the power struggle between different social classes, often between the 'haves' and the 'have-nots.' Nationalism is another reoccurring theme. Nationalism is profound pride in one's nation. Industrialization also takes place throughout history. Industrialization is the process whereby a society is transformed from a reliance on agriculture to a reliance upon the manufacturing of products.

Recurring Themes in History Across Cultures

Recurring Themes in History Across Cultures