The goal of genetic engineering is changing the genetic makeup of an organism. To achieve this goal, scientists must have a way of rearranging genes to create new combinations of DNA. Restriction enzymes are one tool that can be used to accomplish this goal. 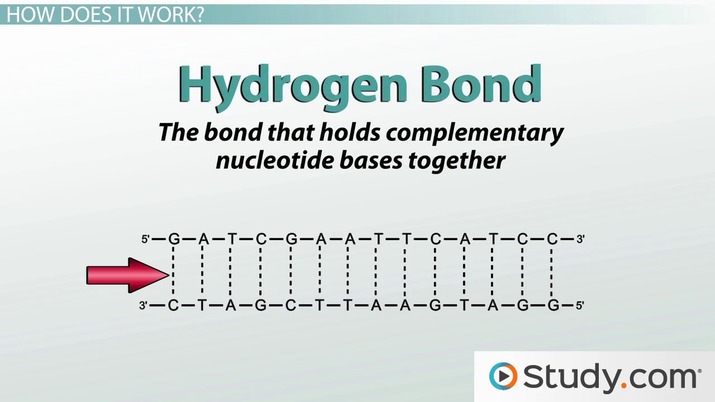 Coming up next: How Ligase is Used to Engineer Recombinant DNA

What Is a Restriction Enzyme?

Now you may be thinking to yourself, 'That seems like something that's too good to be true.' Well, nature didn't create this enzyme just so humans would have a laboratory tool to manipulate DNA. Bacteria, like us, fight a constant battle against viruses. Scientists believe restriction enzymes evolved to protect bacteria from invading viruses.

The restriction enzyme EcoRI recognizes the sequence GAATTC. Whenever EcoRI sees this particular six-nucleotide sequence, it's going to make a cut in the DNA. Recall that DNA is always read from the 5' end to the 3' end of the strand. If you look more closely at the recognition site, you should notice that the recognition sequence is the same in both strands. If you read the top strand from the 5' to the 3' end, the strand reads GAATTC. However, if you read the bottom strand from the 5' end to the 3' end, you get the same result: GAATTC.

When a nucleotide sequence is the same whether it is read forward or backward, it's called a palindromic sequence.

You may be more familiar with palindromes in a composition class, where it is defined as a word or sentence that reads the same in both directions. A classic example of a palindromic sentence is, 'A man, a plan, a canal, Panama.'

Let's briefly consider this example. If you start with the last letter of the sentence and work your way toward the first letter, you end up with the same sentence: A man, a plan, a canal, Panama. Note that like the DNA sequence, reading the sentence forward or backward yields the same result.

How Does It Work?

Great. So, now we know how a restriction enzyme determines where to cut DNA. But, exactly what is it cutting? Recall that there are two types of bonds in a DNA molecule that it could be breaking: covalent bonds and hydrogen bonds. Hydrogen bonds hold complementary nucleotide bases together. Covalent bonds between the sugar and phosphate groups hold the DNA backbone together.

If we think of the DNA strand as a paper streamer to be cut by scissors, should a restriction enzyme cut the hydrogen bonds or covalent bonds to achieve this goal? 'Cutting' the hydrogen bonds would be the equivalent of cutting the streamer straight down the middle. That will not chop our streamer into shorter pieces. Cutting the streamer in that orientation will simply create two skinnier streamers of the same length.

Note the effect the palindromic recognition sequence has on the DNA fragments that are produced by a restriction enzyme. The DNA molecule has not been cut cleanly in half at a single location. The breaks made in the DNA backbone are offset. That means that cutting the DNA molecule has produced single-stranded DNA sequences at the ends of the resulting strands. These single-stranded overhangs are known as sticky ends.

We will soon see how all of these characteristics of restriction enzymes play an important role in genetic engineering experiments.

A recognition sequence is the DNA sequence recognized by a restriction enzyme. The recognition sites of most enzymes used by scientists are palindromic. A palindromic sequence is a nucleotide sequence that is the same when read 5' to 3' in either strand. A sticky end is a single-stranded DNA overhang at the end of a DNA molecule.

At the conclusion of this video, you should be able to:

Examples of Transcription Regulation in Eukaryotes

What is DNA Fingerprinting? - Process & Uses