After his fiction masterpiece 'Native Son,' Richard Wright wrote a deeply personal and moving autobiography, covering his childhood in the South and his life as an adult in Chicago. In this lesson, we'll explore 'Black Boy.'
Create an account

The comedian Louis C.K. has a joke about how he, as a white man, could take full advantage of a time machine that wouldn't benefit other races. He could go back to pretty much any year in history and feel welcome there. He acknowledges that the past is a much less appealing place for African Americans.

If you want a sense of what he means, consider Richard Wright's autobiography, Black Boy. Wright was an African American born in Mississippi in 1908, which was an interesting time, but not a welcoming time for a person like him. The saying 'May you live in interesting times,' which is considered a curse, definitely fits. Let's find out more by exploring the book. 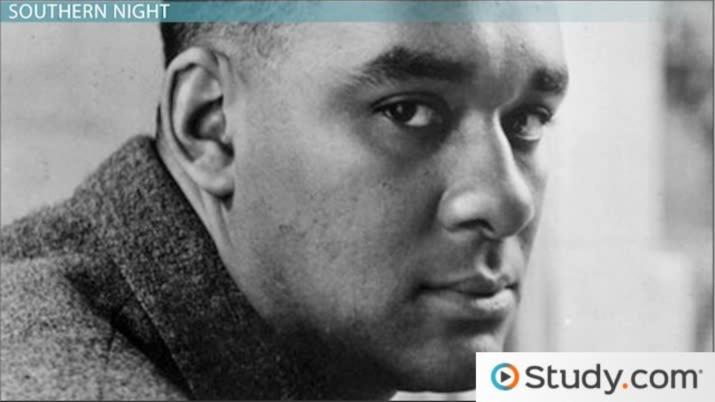 Coming up next: J.D. Salinger's Catcher in the Rye: Summary and Analysis

First, let's give it some context. In 1940, Wright published the gripping fiction work Native Son, a major milestone in African American literature. In 1945, he published Black Boy, though it only contained the first half of the story, covering his childhood. It wasn't until 1977, long after Wright's death in 1960, that the second half was released under the title American Hunger. Only in 1991 was the book published in its entirety, as Wright intended. You can now find it under either Black Boy or Black Boy (American Hunger).

This book is significant not just for its terrific writing and compelling story, but as a milestone in American literature and culture. Here is early 20th century American history as viewed from the African American experience, emerging at a time when the majority white voice dominated the landscape.

Let's summarize, starting with the first section, 'Southern Night.' The book begins with Richard as a four-year-old boy in Mississippi. He's mischievous and inquisitive. Unfortunately, he also has access to fire. He sets fire to his grandparent's house. Ella, his mother, promptly beats him unconscious.

The women in Richard's life, including his Granny, are very religious Seventh-day Adventists. Richard has little interest in religion as a young boy and as he grows up. This, of course, causes conflict.

After the fire, the family relocates to Memphis, Tennessee. Nathan, his father, moves in with another woman. This leaves the family to starve. Richard blames his father for his hunger, which is ever-present. He writes:

'Hunger stole upon me so slowly that at first I was not aware of what hunger really meant. Hunger had always been more or less at my elbow when I played, but now I began to wake up at night to find hunger standing at my bedside, staring at me gauntly. The hunger I had known before this had been no grim, hostile stranger; it had been a normal hunger that had made me beg constantly for bread, and when I ate a crust or two I was satisfied. But this new hunger baffled me, scared me, made me angry and insistent. Whenever I begged for food now, my mother would pour me a cup of tea, which would still the clamor in my stomach for a moment or two; but a little later I would feel hunger nudging my ribs, twisting my empty guts until they ached. I would grow dizzy and my vision would dim. I became less active in my play, and for the first time in my life I had to pause and think of what was happening to me.'

At six, Richard is making fun of the drunks at a saloon when they spot him and decide to get him drunk for their amusement. He ends up as a very young alcoholic. His mother has to temporarily place him and his younger brother Alan in an orphanage (where his drinking problem ends). Then they go to Arkansas to live with Ella's sister Maggie and her husband Hoskins. Hoskins is a successful saloon owner, which would be great, but the white townsfolk are jealous of his success and they murder him and threaten the family.

Ella then suffers a paralytic stroke and Richard must scrape together money for food. He's back at Granny's house in Mississippi now. He briefly goes to live with his Uncle Clark, but then finds out that another young boy died in the bed he's sleeping in, so he goes back to Granny. But he clashes with her and his aunts. He's into atheism while they're into beating religion into him. Richard learns to defend himself with violence. He has numerous fights at school, and he fends off his relatives with knives and razors.

Throughout his life, he's making observations about race. Most notably, Black Boy exposed many readers to the effect of Jim Crow laws on the African American community. Separate spaces in trains and restaurants, hostile treatment from white people and constant intolerance - all experienced by an innocent boy learning about the world he was born into.

After finishing school at the top of his class, Richard has a series of jobs. He gets treated terribly by white people. He's demeaned and mistreated. He writes of his racist employers:

'But I, who stole nothing, who wanted to look them straight in the face, who wanted to talk and act like a man, inspired fear in them. The southern whites would rather have had Negroes who stole work for them than Negroes who knew, however dimly, the worth of their own humanity. Hence, whites placed a premium upon black deceit; they encouraged irresponsibility; and their rewards were bestowed upon us blacks in the degree that we could make them feel safe and superior.'

He vows to head to Chicago, where he's heard the racism is less abhorrent. He's so desperate to get there that he's willing to steal if that's what it takes, and that's what he does.

The Horror and the Glory

He finally gets to Chicago in the book's second section, 'The Horror and the Glory.' Unfortunately, Chicago turns out to be a pretty racist place, too. An adult now, he grows to realize the profound impact racism has on the black community. It's a life of 'psyche pain,' as he terms it. This is not a physical pain but a pain that profoundly affects the mind on a conscious and unconscious level.

After a few lousy jobs, he finds work as a postal clerk. This seems like a great gig, but he needs to be 125 pounds and try as he does, he can't get past 110, so he loses that job. All along, Wright is mostly friendless. As if his struggles weren't difficult enough, he faces them alone.

Then it's the Great Depression and everyone's out of work. Richard takes up interest in the Communist Party. He thinks this may be a way to help the oppressed, advocate for tolerance and build unity. Plus, he's a great writer, so he can offer his talents to the cause. He's well aware by this point that it isn't just the South but America that needs changing. He writes:

'Our too-young and too-new America, lusty because it is lonely, aggressive because it is afraid, insists upon seeing the world in terms of good and bad, the holy and the evil, the high and the low, the white and the black; our America is frightened of fact, of history, of processes, of necessity. It hugs the easy way of damning those whom it cannot understand, of excluding those who look different, and it salves its conscience with a self-draped cloak of righteousness.'

But the Communists turn out to have their own problems. While he hopes they're agents of change, they fear change as much as anyone else. They have their ideology and they don't like Richard challenging it. He parts ways on bad terms with the Communists. The book ends with him hoping to use his own writing to instigate positive change.

In summary, Black Boy is Richard Wright's autobiography of his childhood in the South and young adult life in Chicago. It tells of his sufferings as a child, including hunger, beatings and racist treatment. As an adult, he tries and fails to escape the racism by heading north. He hopes Communism offers a path to salvation, but that, too, lets him down.

Remember that Louis C.K. joke I mentioned earlier? He ends that joke by noting that he wouldn't want to go to the future, as he presumes white people are definitely due for a major comeuppance. It's hard to argue that Richard Wright would advocate for that, but he would certainly be disappointed to know that today, over half a century after his death, racism isn't just a thing of the past.

When you have finished this lesson, you should be able to remember the plot of Richard Wright's Black Boy and understand its importance in American literature.

Edward Albee: The Zoo Story & Theatre of the Absurd

A Bend in the River: Summary, Characters & Analysis

A Raisin in the Sun: Summary, Characters, Themes & Analysis

If We Must Die By Claude McKay: Summary, Theme & Analysis