The scientific method is a multi-step process that was developed to test hypotheses in the physical sciences; however, it is also used in social sciences as well. Researchers use the scientific method to explain changes in human growth and development. Updated: 09/15/2021
Create an account

A human growth and development researcher was observing children at a preschool. She noticed that the girls in the class tended to be better at coloring inside the lines. Since the researcher found this an interesting observation, she began to research any existing information that might be related to what she had seen.

This is an example of the use of the scientific method in human growth and development research. The scientific method is a method of investigation used by researchers to identify a problem, observe associated variables, and collect data to reach conclusions about the problem. 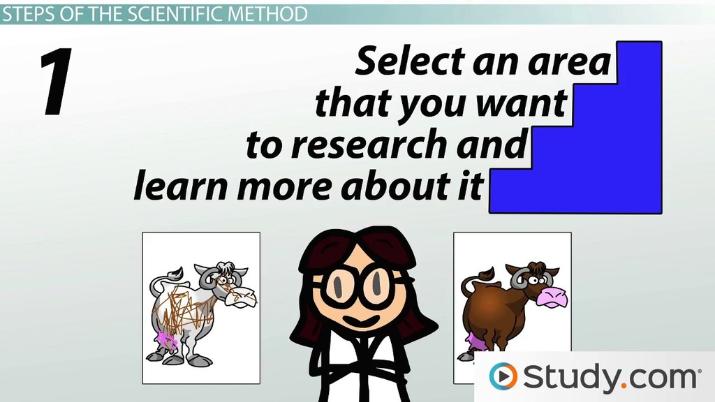 Coming up next: Data Collection Methods for Human Growth and Development Research

The goal of human development researchers is to understand, describe, and predict changes that can occur throughout a person's lifespan. They must utilize the scientific method to conduct this research in order to validate the assumptions that are being made.

You have been hearing about the scientific method from as early as elementary school. However, most of your past experience with the process was probably not associated with the social sciences. Because of this, when you first heard the scientific method mentioned, you probably pictured a laboratory experiment involving chemicals or measuring the growth of plants in a controlled experiment. Is this the same process as in the social sciences?

The answer to this question is yes. The major elements of the scientific method are shared by both the social sciences and other types of science. The only major difference is that in the social sciences, such as the study of human growth and development, different methods of research are used more often. Assumptions and inferences must be allowed as well.

This is because people are much more difficult to understand, predict, and control than chemicals or laboratory conditions. There are also ethical concerns in the study of people. Because of the different methods of research used, results of the research in the field of human development can be a bit more complex, even though the basic scientific steps being applied are still the same.

The scientific method allows for human growth and development research to occur in an objective and systematic way. This means that the conclusions being reached will still be significant. In order to understand how researchers reach these conclusions, let's look more closely at the research process itself, as well as the basic steps that are used to conduct the research.

Steps of the Scientific Method

We are going to discuss five steps involved in the scientific method.

1. You will select an area that you want to research and learn more about it.

This may begin in a simple way, like making an observation. Then you have to learn what information already exists about the topic that you want to research. This is like the researcher in our previous example. She noticed that the girls in the class tended to be better at coloring in the lines. Then she began to research any existing information that might be related to what she had seen.

2. You will develop a hypothesis about what you want to investigate.

A hypothesis is a testable statement that is logically derived from theory or observation. Previous research is essential to helping you form this educated guess. In the previous example, our researcher guessed that three-year-old girls have better fine motor skills than three-year-old boys, based on her observation and research.

3. You will test your hypothesis.

Often you will think of a traditional experiment at this point, but testing the hypothesis can be done in a number of ways. Our researcher chose to gather coloring samples and obtain data from them. She then performed a correlational research study, or a study that examines relationships between two different items or events.

4. You will make a conclusion based on the data you obtain.

5. You will make the results of your research available to others.

Our researcher did this by writing up a report on her findings. In the report, the researcher would have listed her findings as well as any limitations that her research may have had. This will allow other researchers to test her hypothesis, repeat the study to see if they get the same results, or develop additional ways to test her idea. This is like a check and balance in the scientific method, and it's an important step in the scientific process. It allows results to either be validated or proven incorrect by additional testing.

To apply the scientific method, there are certain steps that are followed:

Because of the different methods of research used, results of research in the field of human development can be a bit more complex than in traditional experiments. Applying the basic steps of the scientific method allows human growth and development research to occur in an objective and systematic way.

When the lesson is done, you should be able to:

The Purpose of Descriptive Statistics in Human Growth and Development Research

What is Self-Concept in Early Childhood?