I've entrusted the help of my pal little Timmy for this lesson to demonstrate how knowledge can be approached. 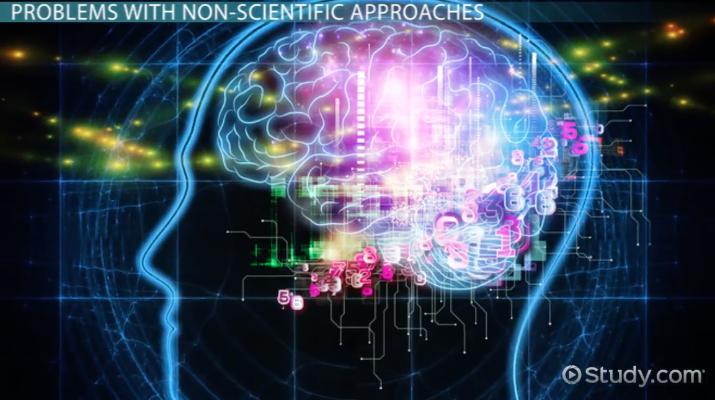 Coming up next: Significant Figures and Scientific Notation

Little Timmy thinks this lesson is just a bunch of common sense anyways. But common sense isn't always common knowledge! Common sense is ordinary good judgment independent of any specialized knowledge. For example, it's common sense that Timmy doesn't just jump out of a plane if he wants to live another day.

Timmy knows that much, and he also knows not to touch a hot stove. That's common sense, right? But how did he obtain this knowledge in the first place? He thinks back to when he was about two years old, when his mother, a figure of authority, warned him not to. Sometimes, we gain our knowledge from authority figures, like parents, bosses, and famous individuals we may have never even met. That is to say, we give importance to a powerful source of information and take it as truth that what they say is really true without questioning it.

Other times we gain our knowledge through experience, personal encounters and observations. For example, even though Timmy's mother told him the stove was hot, he touched it anyway, and guess what? That's right - he got a lesson there, from experience.

Timmy's mother is also a firm believer in experience. She's experienced many times that if she leaves for work any later than 7:00 in the morning, she'll get into some really bad traffic.

But Timmy also relies on other ways to gain knowledge. For example, every now and then, he gets a gut feeling, or an intuition, about something going down on the school playground, like a fight about to happen. Intuition is actually an insight into something without any reasoning process.

Another way of figuring things out is to use logic, the application of reasoning to reach a conclusion using a set of premises. Let's say Timmy's at the zoo, and he's watching the bears in their enclosure behind a glass wall. Suddenly, he sees one of the bears turn around and begin to charge right towards him at the glass wall. He might feel scared, and his gut feeling might be to run away, but logically, he knows the bear won't get through the thick protective glass. He reasons that the glass wall was built by people who know about bears, and that they've probably tested it to make sure it won't break. He feels reasonably safe that the bear won't get him.

There are plenty of other ways of gaining knowledge non-scientifically, like tradition. Tradition comprises our inherited ways of thinking, perceiving, and acting. Timmy's Aunt Betty swears by rose petal oil. It apparently helps cure everything from arthritis to blindness, even though she can barely walk or see.

But all the methods of non-scientific knowledge have their problems. Tradition is almost dogmatic in its approach to knowledge. Sometimes there are good solid reasons for traditions, while other times following them can cause more harm than good. Take the rose petal oil example: not only has rose petal oil never been proven to cure arthritis nor blindness, but Timmy's aunt hurts herself by foregoing proven medical treatment for her arthritis and relying instead on unproven traditional methods.

Authority figures can lie. Have you heard of politicians?

Knowledge gained from experience can lead us astray when circumstances change. Traffic patterns may change due to construction, so Timmy's mom's past experience will lead her astray if she relies solely on this.

Using logic to gain knowledge seems like a good idea, but principles of logic actually led people to believe the Earth was in the center of the universe and circled by the sun. After all, when you look up in the sky, the sun is moving from east to west throughout the day, so it would be logical to assume that that's the way it works, right?

And common sense to one person is anything but to another. While many of us think it's common sense not to jump out of a tall building, BASE jumpers, people who jump from tall buildings, bridges and other high structures with parachutes, see things differently.

So, how do we ensure that the knowledge we are obtaining is as standardized, unbiased, and verifiable as possible?

We use the scientific method, a systematic approach to gaining knowledge that consists of identifying a problem or question, formulating a hypothesis, gathering information through observation, and testing the hypothesis.

Using the scientific method, Timmy can observe something around him. For instance, he may observe that today is an unusually hot day. Then he'll begin to question whether or not this is just a one-off or today is unusually hot because the Earth is just getting warmer in general. He forms the hypothesis that the Earth is indeed getting warmer. He can then gather information by looking at records of the temperatures going back about a hundred years, and he can also observe the daily temperature for a period of time where he lives. That way, he can look at the data and determine whether his hypothesis is correct.

Perhaps most importantly of all, unlike all of the other sources of knowledge, someone halfway around the world can use the same methodology and test the same hypothesis, and this can help to verify or negate Timmy's results.

Common sense tells me you've learned quite a bit and are ready for the lesson summary!

Common sense is ordinary good judgment independent of any specialized knowledge. We can also approach knowledge by relying on authority, experience, and tradition, as well as intuition, an insight into something without any reasoning process. We can also use logic, which is the application of reasoning to reach a conclusion using a set of premises.

The scientific method allows anyone, anywhere, using the same methodology to test the same hypothesis in order to verify or negate the results.

Psychology & the Scientific Method | Is Psychology a Science?

Research Methods Types & Classification | What are the Types of Research?

Cytology Early History | What is Cytology?

What is the Scientific Method in Psychology? - Steps & Examples

What is Sociological Research? - Positivist, Interpretive and Critical Approaches