As every new parent knows, babies sleep differently than adults do. In this lesson, we'll look at two key changes in sleep patterns that develop in the first two years of life, the volume and type of sleep.
Create an account

Jerry is a new father, and he just wants to get some sleep, but his daughter Amy won't let him. Every time he goes to sleep for a few hours, Amy wakes him up with her crying. He feels exhausted and begs Amy to go back to sleep and let him get a few more winks, but she keeps waking him up.

Any parent remembers how tiring it can be to deal with a newborn who doesn't sleep through the night. But eventually, even the most finicky babies will settle into some sort of sleep schedule. This is a normal part of development, or the way people grow and change throughout life.

Let's look closer at two key components of sleep development: the volume of sleep and the type of sleep in infants. 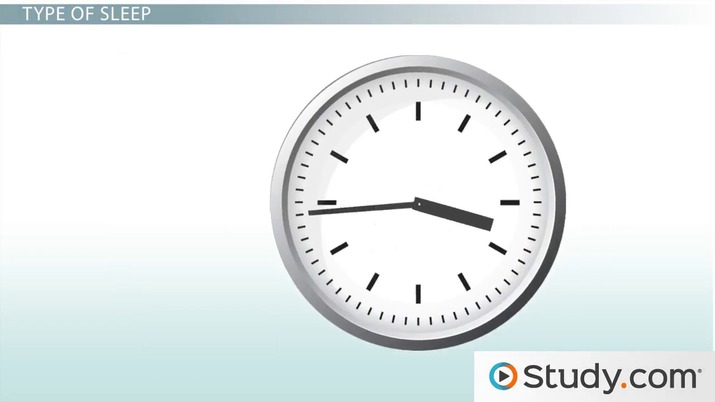 Coming up next: Infant Perceptual Development and the Five Senses

Newborns need the extra sleep. Their bodies are growing and changing so rapidly that sleep allows them to shut off and let their bodies repair. Sleep is when most physical growth occurs, so babies will naturally sleep a lot. Amy's little body knows that she needs to grow, and so it shuts down and lets her sleep for the majority of a 24-hour day.

But sleep volume, like other types of growth, changes as Amy ages. By age two, most babies are averaging only 9-12 hours of sleep per day. As their growth slows down, they need less sleep.

So if Amy is sleeping 16 hours a day, why does Jerry feel like she's not letting him get enough sleep?

Sleep volume, or the number of hours spent asleep, is only one factor in sleep development. Another key component of sleep development is how a person sleeps. Newborns, like Amy, engage in polyphasic sleep, or sleeping multiple times during a 24-hour period. Amy and other newborns have 6 or 7 periods of sleep per day. That means that, though she's sleeping 16 hours a day, she's not sleeping very long at any given time.

Because Jerry is used to monophasic sleep, and Amy is interrupting his one phase of sleep, it feels like he can't get very much sleep. During the night, when he is used to sleeping, Amy keeps waking him up. And during the day, when Amy takes lots of naps, Jerry isn't used to sleeping and can't take as many or as long a nap as she does.

Eventually, of course, Amy will move from polyphasic to monophasic sleep. Partly, this shift is due to natural physical development, but part of it is probably environmental as well. Jerry encourages Amy to sleep through the night so that he can, which (combined with her natural development) helps her move into monophasic sleep.