There are various theories on the social development of children. In this lesson, we will follow Sally as she meets with different psychologists, learning and differentiating between three of the most popular theories: psychoanalytic, social learning and attachment.
Create an account

How does a child develop socially? How do children learn to interact with others, and what is the process that gets them there? In order to answer these questions, researchers and psychologists have examined children and come up with various theories through the years. Today, we will focus on three of the most well known theories of childhood social development: psychoanalytic theory, social learning theory and attachment theory.

Let's meet Sally. Sally is curious about developmental theories and has set out to learn about them by meeting with three different psychologists, each of whom subscribe to a different theory about how we develop. 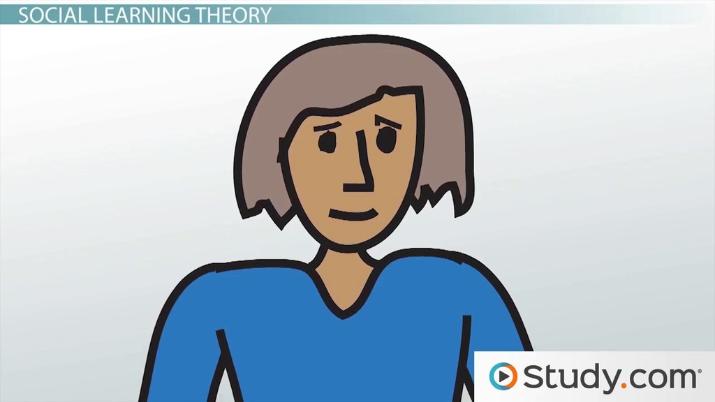 Coming up next: Social Development of Infants: Stages of Self and Temperament

Today, Sally is going to a psychologist who follows psychoanalytic theory. When the session begins, he holds up blots of ink and asks what she sees in them. He does this in order to bring forth her unconscious feelings or desires. He does not ask about her feelings or desires, because he believes that she is not aware of them. This theory was developed by Sigmund Freud and states that what really drives us are urges and needs beneath our conscious awareness, specifically urges and needs that come from childhood.

Today, many researchers do not subscribe to psychoanalytic theory because it is difficult to test for accuracy. After all, how can we be sure to know what is going on in the unconscious? This theory also differs from other developmental theories in its belief of psychosexual stages and their lasting impact on the individual.

Next up, we have a psychologist who subscribes to social learning theory, founded by Albert Bandura. When Sally asks what the theory is about, the psychologist shows her a video. 'This is six year old Lisa,' he says. 'Watch as she participates in an experiment.'

As the video begins, Lisa is watching a woman interact with a doll through a window. She is throwing the doll, yelling and hitting it. Afterward, Lisa is invited to play with the doll by herself. She throws it and kicks it, yelling at it as the woman did. 'This is the famous Bobo doll experiment,' says the psychologist. 'It displays the tendency for children to learn behavior by watching it.'

That, then, is the premise of social learning theory: we act a certain way by having first observed it. Then, we interact with others based on what we have learned. When our actions are encouraged or reinforced by others, we are inclined to repeat that behavior, practicing it until it becomes habitual. Social development, therefore, arises simply from watching those around us and imitating them.

Sally is noticing that this theory is different from psychoanalytic theory, because it does not take the unconscious into account. It also doesn't lean on emotions or stages of development. Instead, its focus is on behavior and how that comes about. The theory is therefore easier to notice and measure, as seen from the Bobo doll experiment.

Finally, Sally is going to the third psychologist, who subscribes to attachment theory, developed by John Bowlby and Mary Ainsworth. The psychologist wastes no time before she asks Sally about her childhood. 'What was your relationship like with your mother and father?,' she asks. 'Did you run to them for help? Did you know they would be there for you? How did you feel if they left?' The majority of questions asked by the psychologist involve Sally's interactions with her parents as a young child.

The psychologist explains to Sally that attachment theory centers on the type of bond we had with our primary caregivers during childhood. She says that the quality of this attachment directly affects our future health and relationships. For example, if our parents were nurturing and available for us while also encouraging our independence, we can grow up feeling less anxious and better about ourselves. If, however, we were lacking a sense of parental care or we had the opposite extreme and were smothered by it, we can carry feelings of fear, insecurity and distrust in others. As the theory goes, primary caregivers are the central figures of the child's world, so they have the biggest impact on the child's emotional growth and social development.

In 1958, a study was done by Harry Harlow. He raised infant monkeys away from their mothers. Some of the monkeys were left alone and others were given both a wire figure who fed them and a figure covered with soft cloth. Those who were given the figures, or 'surrogate mothers,' developed normally and did not behave in abnormal manners like those reared alone. Also, the monkeys given the two figures spent more time with the cloth one rather than the wire one. While they went to the wire 'mother' for food, they spent their time cuddling with the cloth 'mother,' especially when afraid. This showed the need for emotional support and security for proper development.

Sally noticed that, like psychoanalytic theory, attachment theory places a lot of emphasis on the role of early childhood experiences on development. It can be more easily measured, as seen in the Harlow experiment. She also noticed it is much more relationally based than social learning theory, which depends on learning through observation.

To review: psychoanalytic theory explains that children go through psychosexual stages that impact their lives as a whole and that they are driven by memories of these experiences in their unconscious. This theory is hard to test, unique in its depiction of childhood stages and relies on early childhood experiences to explain issues in adulthood.

According to social learning theory, we develop through observing the actions of others and repeating them. Then, as our behavior becomes encouraged by things like praise, we keep it up until it becomes a habit. This theory is based on action rather than emotion and can be easily measured.

Attachment theory is based on the premise that the type of bond we had with our caregivers as children is what determines our health both emotionally and socially. It relies heavily on early childhood experiences, but is based within the context of relationships and can be examined.

Impact of Parenting Styles on Different Styles of Learners

What Is Ethnography? - Studying Cultural Phenomena

What Is Physical Development? - Definition and Examples

The Role of School in Children's Social & Emotional Development