Social status and elements such as wealth, power, and prestige can dictate where a person sits on a cultural hierarchy in society. Learn more about social stratification factors and how they affect life in the U.S. Updated: 11/04/2021
Create an account

She's from the wrong side of the tracks. He was born with a silver spoon in his mouth. This degree is my ticket to the world!

Stratification is a key concept in sociology. Early societies didn't rank members. As societies evolved, they began to classify their members. Some categories, like landowners, received promotions. Others, like wage earners, seemed to be demoted.

Today, all societies use social stratification, though some countries are more stratified than others. The systems and the beliefs behind those systems are deep-rooted. Stratification systems impose inequalities that persist for generations. 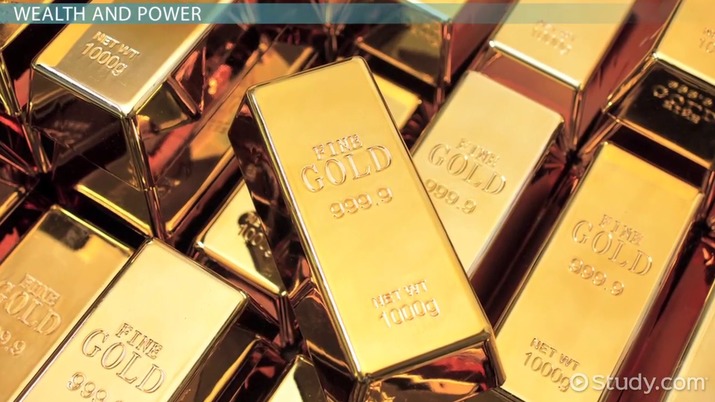 Coming up next: American Class System and Structure: Definitions & Types of Social Classes

Social Stratification in the U.S.

For example, in the United States, it's fairly easy to detect the 'haves' from the 'have-nots.' Today's Rockefellers still enjoy the wealth and status gained by family members in the late 19th century. On the other hand, some families of former slaves still struggle.

The U.S. stratification system is based on socioeconomic status or SES. SES is a categorization formula that considers a person's income, education, and occupation. Our society places a higher value on:

The sum of these factors is used to determine a person's general social class. Social class is important because the U.S. uses a class system of stratification. A class system is a stratification system in which a person's social status is based on achievement. For the most part, that means Americans can choose or earn social status. They are not locked into a particular status from birth. Class systems allow social mobility, which is movement up or down the social hierarchy. This is a unique characteristic of the class system. This equality of opportunity is often referred to as the 'American Dream.'

For example, the Rockefeller family owes their fortune to John D. Rockefeller. John was the son of a traveling peddler who'd been run out of town and accused of crimes. He was forced to drop out of high school. He set his mind to business and executed a series of timely oil deals. By age 38, his company controlled 90% of the oil refined in the U.S.

Let's take a closer look at the individual stratification factors used to determine socioeconomic status and social class in the U.S. We know that SES looks at income, education, and occupation. Our social stratification is based on wealth, power, and prestige.

Income is the least reliable factor in the SES equation. SES is generally based on income inequality, or the uneven distribution of wealth between the nation's rich and poor. A person's wealth is most often determined by his or her income, and a person's income is usually derived from his or her job. However, many outside influences can affect a person's income. For example, research shows that recent male college graduates earn an average of $20,000 more per year than females with the same education level. Issues like geographic location and prior work experience can also greatly influence income and wealth.

People have more control over power. Power is thought to come largely through education. Notice that a college degree brings a certain level of status, while a graduate degree brings a higher level. However, our country still struggles to provide equal access to education. There are noticeable gaps in performance between public school districts located in poor rural areas and those in wealthy urban areas. In secondary education, tuition and fees cost an average of almost $10,000 a year for in-state residents at public universities. Tuition and fees are higher for out-of-state residents and at private universities, making college education often unobtainable without incurring substantial debt.

Of course education plays the largest role in determining a person's occupation. Most industrialized societies recognize occupational prestige. This is a higher social standing based on holding a position that requires an advanced educational degree. Traditionally, the examples of doctors and lawyers are used, though there are countless other similar professions.

In general, jobs that require intellectual acuity are considered to be the most prestigious. Often, these jobs also pay the most but not always. Bring a professor at a university requires advanced education and intellectual acuity, but the median pay is less than that of a computer programmer, which requires only a bachelor's degree.

Note how the stratification factors in a class system are often dependent upon one another. A lack of wealth often leads to a lack of education, which can lead to a lack of employment opportunities. A lack of employment opportunities can lead to a further lack of wealth. This is why, though Americans can move within the hierarchy, social status often perpetuates for generations.

Our classes are largely based on socioeconomic status, or SES, which is a categorization formula that considers a person's income, education, and occupation. This equates to three stratification factors: wealth, power, and prestige. Note that power is mostly gained through education, and prestige refers to occupational prestige. This type of prestige is a higher social standing based on holding a position that requires an advanced educational degree.