In this lesson, learn several key ways that older adults pay their bills after retiring from work. You'll see how people can have different experiences in funding their retirement. Updated: 10/04/2021
Create an account

Alesha is about to retire. She has just given notice to her employer to let them know the date of her last official day. She's looking forward to being more available during the day to assist her mother, Rosie, who is aging herself. Alesha no longer plans to earn an income through being employed, which is what full retirement means. Once she stops working, where will she get the money to pay her bills? This lesson identifies the possibilities for how she will receive an income after her upcoming last day of work. 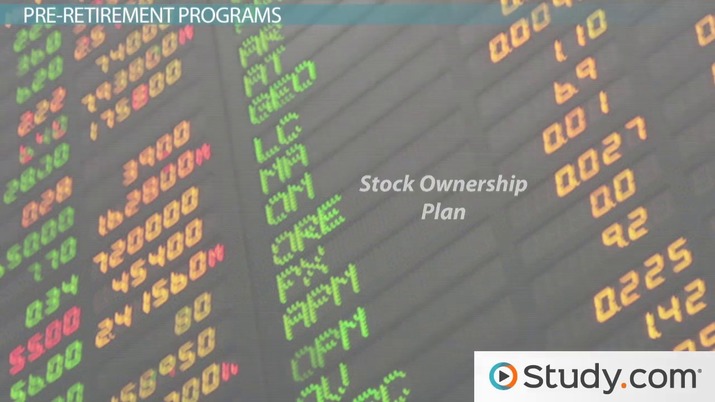 Coming up next: Leisure Activities of Adults: Types, Benefits & Examples

Thanks to the Social Security Act of 1935, Alesha will be eligible to receive ongoing monthly benefits from the United States government. During her working years, Alesha has paid taxes out of her wages that went toward funding the Social Security program. These payroll taxes are the primary way the government gets the money to pay Alesha, and everyone else, during our retirement years.

Why is the full retirement age higher than it used to be? One reason is that those making amendments to the system in 1983 recognized that the money being collected for the program was not going to be enough to last. This debate still continues today, with questions about how to overcome a shortfall in the savings needed to give all retirees benefits down the road.

Solutions often mentioned are to increase the rate of the payroll taxes, reduce benefits for those who already have enough to fund a comfortable retirement, or further increase the age of retirement. Those from different political viewpoints debate which route will be most effective and which is most fair to the public. One thing's for sure: Alesha is planning to retire, and she is expecting Social Security to be at least one source of income during her remaining years of life.

However, like many retirees, Alesha also has savings of her own. Over the years, she has set money aside in accounts that are marked specifically as retirement funds, and her employer contributed to this plan on her behalf, too. This type of retirement with a for-profit company is called a 401k, a name it gets from section 401 of the IRS code. This is the most common form of retirement plan offered by large companies and some smaller companies.

Nonprofit organizations and some schools may offer a plan called a 403b. Some employers will provide a Stock Ownership Plan, where most of an employee's savings are invested in company stock. If Alesha had been self-employed or if her employer didn't offer these plans, she could have contributed to an Individual Retirement Account, or IRA.

All of these accounts are known as defined contribution plans, or plans in which an employer, employee or both contribute to an account that will change in value based on investments over time. These accounts have special tax rules and benefits. They also have guidelines about when and how you can withdraw the money you put into them. Alesha has been contributing to a 401k for years, so this will be a major source of income for her in addition to Social Security.

Alesha's mother, Rosie, has a different type of retirement income than Alesha. Back in 1990, Rosie retired after 23 years with one manufacturing company. She now receives a pension that is based on these years of service and her salary while on that job. This type of program is known as a defined benefit plan, or a plan that will pay a set amount for the rest of a person's life.

This type of plan was more prevalent in the 20th century and is still common in certain fields, such as the military. Due to the Employee Retirement Income Security Act of 1974, Rosie's employer was required to follow this legislation that established minimum standards for retirement plans. Today, Rosie receives a set monthly amount, along with her Social Security.

Many other countries have variations on these programs. Some cultures debate whether there should be an age after which full retirement is expected of an older adult. In these cases, the government often must explore how to ensure that a retiree's financial needs are adequately met since working later in life may be less common.

Which Retirement Benefit Plan is Appropriate for Small Businesses?

While one may choose any of the retirement benefits plans that are available, there are some factors that may limit the choices. For instance, one may not be eligible for defined benefit plans because the option may not be available to everyone. The plan is common in only certain fields such as the military. Mostly for small businesses, social security programs and pre-retirement programs are most appropriate for small businesses. The disadvantage of all retirement plans is that they may not provide all the income that one needs in their post-retirement life. There are many unpredictable changes that may make the cost of living higher after retirement. However, those with retirement benefits are in a better position because they will have some income, even if it may not be enough. Thus, the major risk associated with retirement plans is that they may not address all the financial needs of the retirees, and at times they may not be released as and when needed.

In retirement, Alesha and Rosie both receive monthly income from Social Security, a program that is paid for through payroll taxes. In addition to Social Security, Alesha has a retirement account, and the dividends from her investments will provide her with income. This defined contribution plan has special rules about when and how Alesha can access the money.

Rosie, on the other hand, will receive a specific amount of money each month from a pension. The amount she receives from this defined benefit plan has been calculated based on her years of service and her salary while working. This type of plan was more common in the 20th century. Standards set by the Employee Retirement Income Security Act help protect her right to these funds. Other countries also have variations on this legislation.

Since the age of full retirement set by the U.S. government has increased over time, Rosie and Alesha will have started Social Security at different ages. In the future, another increase in retirement age or other methods may be used to help bridge the gap between the funds coming in for Social Security and the funds going out.

The Holocaust: Antisemitism and Genocide in Nazi Germany

Team Conflict and the Work Process

Monocot Structure & Examples | What Is a Monocot?