This lesson will explain the reasons for a sparse population distribution. In doing so, it will highlight the factors of relief, natural resources, climate, and political and economic stability. It will also give examples of sparsely populated areas.
Create an account

I live in a very small town where there is one traffic light. Now, if you are traveling near this traffic light at about 4:30 in the afternoon, you may find yourself having to wait about 6 to 7 minutes to get through it. Since I live in a sparsely populated area, this is our rush hour.

Now, if you are listening to this and you live anywhere near a big city, you are probably thinking I'm crazy for calling this rush hour when you are accustomed to freeways that resemble parking lots. However, living in a relatively sparsely populated area, we country folks aren't used to bumper-to-bumper traffic, unless there is an accident or some local chickens escaped from their pens and are hanging out on the road. Today, we're going to discuss areas like mine as we dive into a study on sparsely populated world regions. 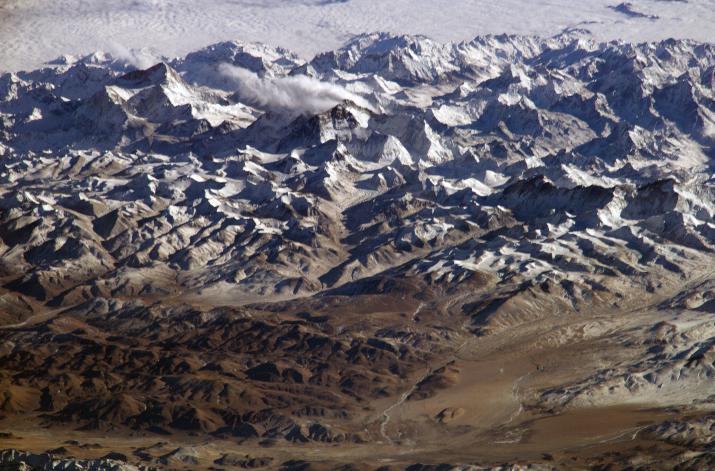 Coming up next: Economic Inequality: Differences in Developed and Developing Nations

To begin, the relief of an area has a lot to do with its population density. In geography, relief is defined as the difference in elevation between parts of the Earth's surface. When speaking of relief, regions of the world with high elevations tend to be very sparsely populated. A great example of this is the Himalayan region of the Asian continent. This mountainous area makes travel to and from it very difficult. Its mountainous terrain also makes food production extremely challenging. In other words, this area cannot support a lot of people; therefore, it is very sparsely populated.

Natural resources , natural materials, such as minerals, forests, water, and fertile land, that can be used for economic improvement, are another factor that go into population density. Areas that are rich in resources, like the Northeastern U.S., tend to be densely populated. However, areas like the Sahara Desert, which have very little natural resources, are usually very sparsely populated. Speaking of the Sahara Desert, climate also affects population density. Being rather obvious, areas with extreme climates, whether freezing, like the Arctic Circle, or sweltering, like the Sahara, tend to be sparsely populated.

Moving away from physical factors that affect population density, let's take a look at the human factors that cause some areas to be sparsely populated. For this, we'll focus on political and economic factors.

Moving to economies, the scarcity of employment opportunities will also cause an area to be sparsely populated. Being pretty obvious, in today's modern world, people need a way to make a living. If this is not available, they will often move to find it. An excellent example of this is the U.S., where the cities of the Northeast offer large job markets, and therefore, have higher population densities. This is in sharp contrast to the Southern U.S. in which job opportunities are less, and therefore, the population is much sparser.

Now that we've covered some of the factors that cause a sparse population density, let's take a minute and just point out some specific areas that are sparsely populated. In our lesson, we've already mentioned places like Afghanistan, Syria, Iraq, the Arctic Circle and the Sahara, as well as the Himalayan region of Asia. However, there is also the island nation of Iceland, the arid area of Northwest Africa, the harsh land of the Australian Outback, and the landlocked Mongolia.

Physical factors that affect population density are relief, which is defined as the difference in elevation between parts of the Earth's surface and the availability of natural resources, or natural materials, such as minerals, forests, water, and fertile land, that can be used for economic improvement. In addition, areas with extreme climates, whether hot or cold, are usually sparsely populated.

Some of the more sparsely populated regions of the world are found in Afghanistan, Syria, Iraq, the Arctic Circle, the Sahara, the Himalayan region of Asia, Iceland, Northwest Africa, the Outback of Australia, and Mongolia.

Watch the lesson and do your best to:

What Is Population Density? - Definition & Measurements

The Characteristics & Formation of Anticyclones