Spatial interaction can be defined as the flow of information, products, and individuals between various locations. Learn more about the causes of spatial interaction, review some examples, and explore its three principles: complementarity, transferability, and intervening opportunity. Updated: 10/28/2021
Create an account

Concert of a Lifetime

Finally! Your favorite musical artist is coming to a city within a day's drive from where you live and you couldn't be more excited. After calculating the cost to travel to attend the show, stay overnight, and the price of the ticket, you determine that you need at least two other people to go with you to make it affordable to attend by splitting some of the costs.

In this lesson, we'll look at your trip to the concert as an example of spatial interaction, or the flow of information, products, and human beings from one location to another. We'll look at what will make it possible for you to go or what could stop you from attending. This lesson will focus on three principles of spatial interaction, as proposed by transportation geographer Edward Ullman: complementarity, transferability, and intervening opportunity. 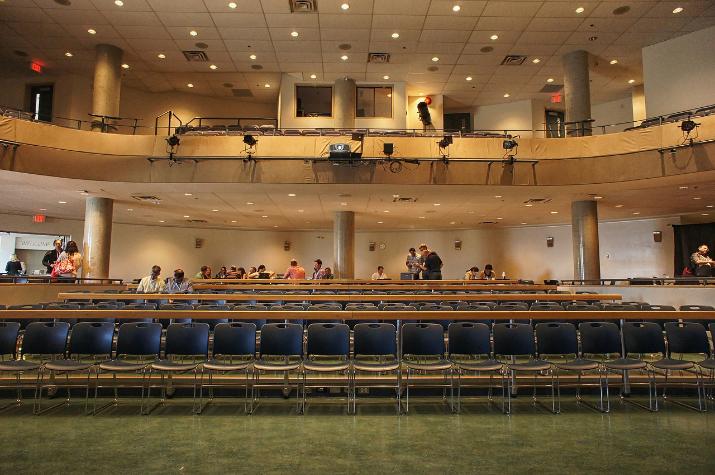 After you hear about the concert, you decide to go online to check out the tickets and discover that there's a good number left, hopefully leaving you time to work out where the money will come from so you can attend.

The availability of tickets suggests that the city where the concert is being held has fewer fans within its radius than want to attend, can afford to attend, or were willing to buy their ticket as early as you. This surplus of seats makes it possible for you to come from an outside area to enjoy the concert. One area having a surplus while another area has a deficit or need is known as complementarity. You can remember this idea by thinking of how you, the eager concert-goer, are a good complement to the concert that has a seat available to you.

In order to get to the concert, you need to be able to afford it. Perhaps if someone has a tight budget, going to the concert will be made possible by sharing the costs with others for the overnight stay and for putting gas in the car.

This is an example of transferability. Transferability is the cost of movement between two places, such as the cost for you to get to the concert. Other examples include the price to send a package in the mail or what it costs to commute to work.

Transferability is important to understanding spatial interaction because it determines what movements are most likely to occur. When the price is too high, movement from place to place may not happen after all. This may be the case even in a situation where there is complementarity, such as the surplus of seats available at a concert.

Another example would be a less expensive concert ticket becoming available at another time and place or another concert that you decide is a better use of your time and money. These are all intervening opportunities.

Geographers are interested in each of these principles because it can help them predict what's likely to happen in terms of the movement of people, things, and information. They can use spatial interaction models to try to visualize trends and examine the likelihood of movement occurring.

These insights go beyond the movement of physical objects and human beings to also include the flow of information from place to place, such as via the Internet. Other technologies, such as the capacity of your phone to indicate your location, can contribute to models of spatial interaction.

Spatial interaction is the flow of information, products, and human beings from one location to another. Three principles of spatial interaction, as proposed by transportation geographer Edward Ullman, are complementarity, transferability, and intervening opportunity.

One area having a surplus while another area has a deficit or need is known as complementarity. Transferability is the cost of movement between two places and an intervening opportunity is an alternative supply point.

Geographers use these principles in spatial interaction models that can help them predict what's likely to occur in the movement of things, people, and information.

Center of Population Overview & Median | What is a Population Center?

The Processes that Form Lightning