You have probably answered a survey at least once in your life. Anything can be a survey if you think about it. As long as the same question is asked of different people, it can be considered a survey. Formal surveys conducted by scientists and researchers have a set of questions that are then given to a large number of different people. These questions can be in the form of written questions, or they can be verbal questions performed in an interview, or they can even be tests performed on people to see what kinds of results are achieved. Psychologists, for example, may perform a survey in which they record the reaction of others to a particular scenario, such as a person standing facing the back wall in an elevator instead of facing towards the door. 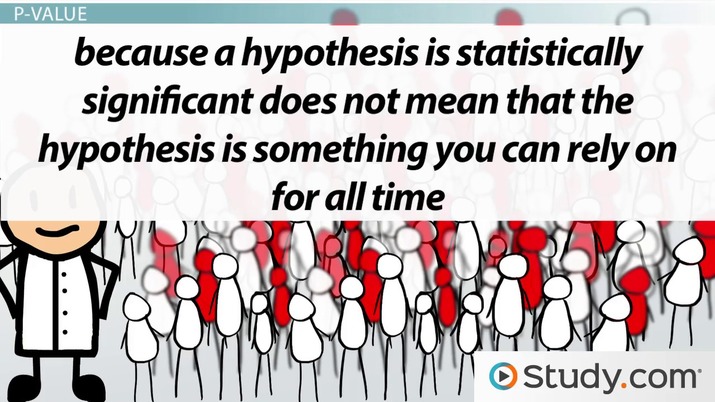 Coming up next: Expected Value in Probability: Definition & Formula

Many tests and surveys are performed every day by various people, but not all of these end up being useful. Why is this? It is because for a survey to be considered useful it must have statistical significance, a low probability that the hypothesis is not true. In other words, a statistically-significant survey will have a high probability of a hypothesis being true.

For example, if our survey shows that 99% of respondents, people who responded, drive a four-door sedan, we can say that this survey is statistically-significant because the hypothesis that most people drive four-door sedans has a high probability of being true according to the survey. However, you won't see the 99% when talking about statistical significance.

Instead, you will see a p-value, the probability that the hypothesis is not true. This p-value is a decimal number between 0 and 1. These p-values are found by referring to charts and tables related to the kind of survey you perform.

A p-value of 0.04 means that the probability of the hypothesis or statistic being true is what?

What is a Null Hypothesis? - Definition & Examples