When choosing a type of stock character, writers have two main options: dynamic and static characters. Consider the definition of these character types, as well as types of static characters, and explore examples in well-known TV shows and films. Updated: 09/30/2021
Create an account 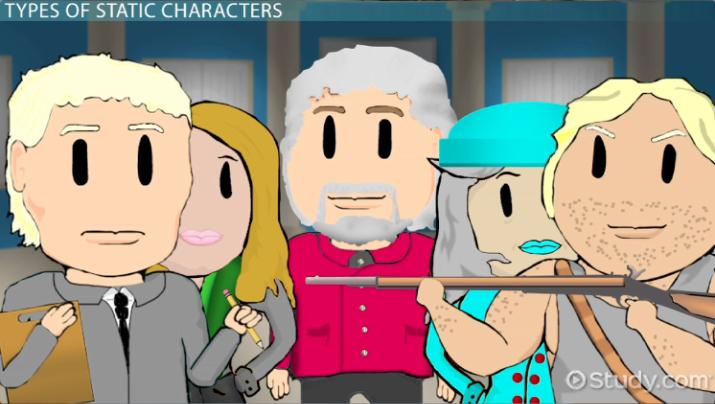 Coming up next: The Duchess of Malfi by John Webster: Summary, Analysis & Themes

Many television shows even make a joke of the stock character. For example, in The Simpsons, there is the typical neighbor character in Ned Flanders, who is married. The neighbor's wife is a stock character role. She typically is a simple housewife spending her time raising kids or nagging her husband. In fact, in a later season, her character is killed off and her death has nearly no effect on the Simpson family at all. Similarly, in the show King of Queens, the main character, Doug, has a best friend who is married. In a later season, the best friend gets divorced. The wife disappears from the show (besides some minor appearances), but the main plot keeps going. The show doesn't change after losing the best friend's wife stock character.

Returning to Neville Longbottom and the Harry Potter series, one can argue that Neville is in fact a stock character. He provides the comic relief. He is the fool or the goofball who gives the reader a break from the serious events the rest of the characters are fighting through. However, one mark of a great writer is the ability to throw the reader off by changing the characters. Just because a character begins as a flat character, even a stock character, doesn't mean that he can't transform in the end. For most of the series, Neville is the typical incompetent goof, but his role drastically changes in the final novel. He becomes a courageous leader and in fact completes one of the most dangerous tasks in the final fight. In this way, J.K. Rowling brought new life to his character and made him into a dynamic one.

The Skin of Our Teeth by Thornton Wilder: Summary, Characters & Analysis

What is Melodrama? | Melodrama Examples in Theatre

Aside in Literature: Overview & Examples | What is an Aside in a Play?

Restoration Comedy: Theatre of the 1700s

Tragicomedy Overview & Examples | What is Tragicomedy?