This lesson looks at Roman moral philosophy, beginning with the unwritten laws and customs governing Roman social life. Then, we follow the introduction of Stoic philosophy to Rome. Finally, we take a look at some of Rome's greatest stoic philosophers.
Create an account

Roman society was ruled by custom as much as by law. This was a very conservative society. The older a custom was, the more sacred the Romans held it. This network of customs was called the mos maiorum, or the custom of the ancestors. These customs governed everything from the individual family to society as a whole.

At the family level, the mos maiorum established the pater familias, the father of the family, as the head of the household. The pater familias held absolute power over his household. However, he was supposed to exercise this power with moderation and justice. Failure to do so was deeply shameful. At the societal level, the mos maiorum referred to the system of patrons and clients that comprised Roman society. Patrons had obligations to their clients, and clients in turn had obligations to their patrons.

These systems were hierarchical. One man's patron might be another man's client. This network of obligations formed a chain of responsibility, from the lowliest slave to the loftiest senator. 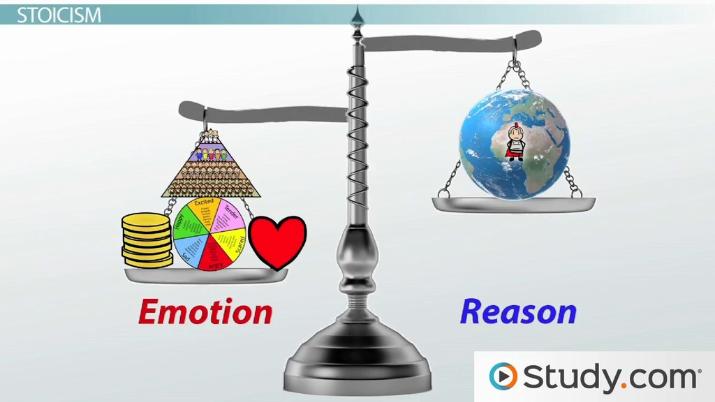 Coming up next: Reform in the Roman Republic: The Gracchi, Marius & Sulla

We can gain a clearer perspective on the mos maiorum by examining the virtues it extolled. The foremost Roman virtue was virtus. Though we derive the word 'virtue' from this word, in Latin, 'virtus' meant 'manliness'. By manliness, the Romans did not simply mean courage and strength, though those two concepts played an important role in Roman virtus. Virtus also implied the discernment to recognize good and evil and the wisdom to make informed decisions. Virtus encompassed several other sub-virtues governing a man's relationship to his fellow man, and society as a whole.

Disciplina, from whence we derive the word 'discipline,' refers to each man's need for discipline, training and self-control. The importance of this virtue was key in the iron discipline of the Roman Army. Disciplina is closely related to gravitas, a sort of dignified self-control that was meant to protect oneself and one's family from shame and dishonor. Also closely related to disciplina is the virtue of constantia, which the source of our word 'constancy.' This virtue called on Romans to put on a brave face, even in the midst of terrible adversity. A virtuous Roman did not give up when he faced a challenge, nor did he let his enemies know when they had wounded him.

The final Roman social virtue was fides, from which we gain the English word, 'fidelity.' Like its English derivative, fides means trustworthiness, faithfulness, reliability and credibility. In Rome, a man was only as good as his word. Fides provided the foundation of several important aspects of Roman society, from business contracts to the obligations of patrons and clients to one another.

Considering the importance of religion in morality, it is not surprising that the mos maiorum also included several virtues concerning religion. There was religio, the source of our word 'religion.' Religio referred to the obligations between mortals and their gods, in much the same way that fides dealt with the obligations between patrons and clients. There was cultus, from whence we get the word 'cult.' Cultus governed the performance of religious traditions and rituals.

But, the ultimate religious virtue was pietas, from whence we derive the word 'piety.' Pietas means that one lives one's whole life according to the will of the gods. It is the expansion of religious practice into everyday life. A Roman with the virtue of pietas did not leave his religious duties at the door of the temple, but carried them with him everywhere, following the will of the gods in his business transactions and everyday life. Pietas was the chief virtue of Aeneas in Virgil's Aeneid, and was a virtue often ascribed to Octavian as he set about restoring the morality and religion of the Roman people.

Finally, the Romans had virtues dealing with political service as well. A man who displayed all of these social and religious virtues could go far in the Roman state. The Roman virtue, dignitas, from whence we derive the word 'dignity,' means a reputation for honor and virtue. After all, there's no point in being virtuous if no-one knows how virtuous you are. Having achieved dignitas, a virtuous Roman would be granted auctoritas, the source of our word 'authority.' With auctoritas came the power to govern at various levels. This power granted prestige and respect in the Roman Republic. But, just like the auctoritas of the pater familias, this power came with the imperative to perform one's public duty with justice, wisdom and discernment.

As Greek philosophy found its way to Rome, the Romans struggled to find a philosophical framework for the mos maiorum. They found such a framework in the works of the stoics.

Stoic philosophy originated in Greece around 300 BCE with the philosophy of Zeno of Citium. This school of philosophy focused on the supremacy of reason over emotion. Stoics denigrated emotions as fickle, shifting, destructive and misleading, while they praised reason as the one true path to happiness. Rather than having one's happiness depend on things that are subject to chance, like social status, wealth or love, the stoics thought true happiness depended on understanding the universe and one's place within it. According to the stoics, a man whose reason aligns with nature should never be unhappy, regardless of what life brings him.

The stoics also emphasized the equality of all men, be they the lowliest slave or the loftiest emperor. They highlighted the fact that everyone, regardless of status, wealth or physical condition, had something to contribute to the whole, like the two rows of teeth, upper and lower, which seem to work against each other, but actually work together for the good of the whole body. A person's importance was not determined by society, but by nature itself, which values the toil of the slave as much as the leadership of an emperor.

This stoic philosophy aligned well with the mos maiorum of the Romans, especially the social virtues. Virtus implied a knowledge of natural law and a desire to act in accordance to it. Disciplina acknowledged that everyone had a place in society, and that society works best when everyone fulfills their role. Finally, constantia and gravitas both called for a similar strength of will and character, even in the face of outrageous misfortune.

Though stoicism had found its way to Rome as early as the 2nd century BCE, it was formally introduced to Rome by Cicero (106 - 43 BCE), a Roman statesman, orator and philosopher, who transmitted many of the greatest ideas of Greek philosophy to the Romans. In the centuries to follow, several great Roman thinkers came to embrace stoic philosophy. A generation after Cicero, the philosopher Seneca (4BC - 65 CE) wrote extensively on stoic philosophy. As an advisor to three Roman emperors, Seneca tried to impart stoic wisdom on his charges, though with little effect.

From Seneca we get such gems as:

While Seneca was trying in vain to teach morals to Caligula, another great stoic was captured in Greece. Epictetus (55 - 135 CE), a former slave, wrote a great number of discourses, full of pithy phrases, which his student, Arrian, compiled into the famous Encheirideon. In Epictetus, we see a great deal of writing about reason overcoming adversity, doubtlessly inspired by Epictetus' own life as a former slave. He wrote:

Roman stoicism reached its apex in the meditations of the emperor Marcus Aurelius (121 - 180 CE). Epictetus has provided a slave's perspective on stoicism. Marcus Aurelius came at this school of thought from the exact opposite end of the social ladder. As an emperor, Marcus Aurelius had everything he could want from life. He did not need the comfort of stoicism to help him get through life's disappointments. It is stunning, therefore, to witness the humility of this great emperor, his recognition of the value of his fellow man and his recognition of the role of good fortune in his own rise to power. These can all be seen clearly in what has come to be known as the credo of Marcus Aurelius:

To review: Roman moral philosophy began as an unwritten set of customs known as the mos maiorum, or the custom of the ancestors. These customs highlighted the primary roman virtues: from social virtues, like manliness and fidelity; to religious virtues, like piety and orthodoxy; to political virtues, like dignity and authority. These virtues aligned well with the Greek philosophical school known as stoicism. Several great Roman minds from all walks of life tried their hands at stoicism. The foremost of these were Seneca, the imperial advisor; Epictetus, the former slave; and Marcus Aurelius, the Roman emperor.

The School of Athens by Raphael: Description, Figures & Analysis

Was Julius Caesar a Good Leader?

What is an Allosteric Site of the Enzyme? - Definition & Biology