Dori has taught college and high school English courses, and has Masters degrees in both literature and education.

Grandfather is sick in bed, and it's up to Willy to try to save their farm. But to do it, Willy and Searchlight will have to be faster than Stone Fox, who has never ever lost a race. Complete this lesson to find out what happens!
Create an account

Stone Fox is a 1980 children's novel by John Reynolds Gardiner. It tells the story of Willy and how he must try to save his grandfather's farm. It's set in Wyoming, and inspired by a legend Gardiner heard while traveling in Idaho. In this lesson, we will focus on the major characters and summary of Stone Fox. 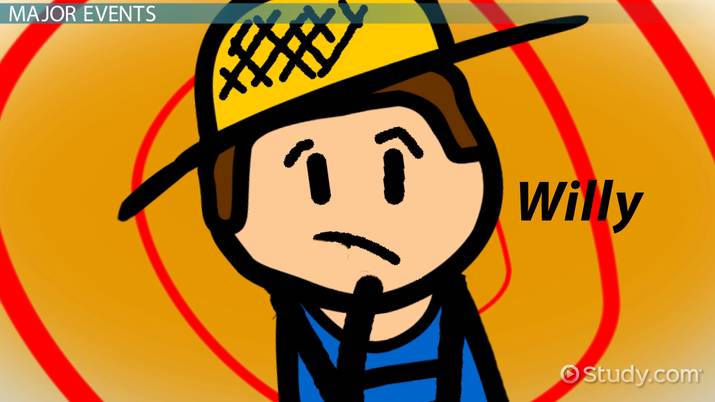 Coming up next: Tales of a Fourth Grade Nothing: Summary & Characters

Let's take a look at the major characters first…

Willy is the ten year old hero of Stone Fox. He's being raised by his grandfather and decides to take action when his grandfather gets sick and their farm is in trouble.

Grandfather has raised Willy. He is usually full of life and adores playing jokes on his grandson. The heavy burden of the tax debt becomes too much for him and he shuts down, unable to get out of bed.

Searchlight is Willy's pet dog. She is his loyal companion and best friend.

Doc Smith is a woman who lives in their town. She's a doctor and a good friend to Willy and his grandfather.

Clifford Snyder is a tax collector who isn't a pleasant person.

Stone Fox is a Shoshone Indian who does not speak to white people. He has never lost a dogsled race before.

Let's now go over a summary of the story's events. . .

Willy lives with his grandfather in Wyoming on a potato farm. Grandfather loves to play tricks on Willy, like dressing up as a scarecrow and standing out in the field. So when Grandfather gets sick, Willy thinks it is a joke at first.

One day, Grandfather cannot get out of bed. Though Willy is used to his grandfather getting up early and making breakfast, now he just lays there and stares at the ceiling. So Willy heads off to get Doc Smith to see if she can help.

Doc Smith accompanies Willy back to the farm, where she examines Grandfather. She tells Willy that he is healthy but that he does not want to live. She thinks that Grandfather will die soon and tells Willy he should come back and live with her, but Willy refuses.

Willy resolves to harvest the potatoes and sell them, and he manages it with the help of his dog, Searchlight. Together, Willy and Searchlight store food and firewood for winter. Grandfather remains in bed, though he and Willy are able to communicate. Even with all of this, Willy continues to go to school.

One day, after school, Willy finds Mr. Snyder waiting for him inside the house. He's there to collect the taxes that Grandfather owes, a staggering $500. Willy is devastated, as he can only get $50 together. Lots of people tell Willy to sell the farm, be he doesn't want to.

Willy finds out about the national dog sled race coming up. The prize of the race is perfect…it's $500. Willy decides to enter the race, but everyone tells him that he's crazy. Stone Fox is also racing, and he has never lost. Willy is still going to try!

On the day of the race, Willy takes the lead early on. He sees his grandfather standing in the window of their house, watching him. But Stone Fox soon catches up and the two are virtually tied as they near the finish line.

As they get close to the line, Searchlight falls to the ground, dead. It was quick and she felt no pain. Stone Fox, realizing Searchlight's sacrifice, draws his gun and stops all the other racers from trying to cross the finish line. Willy picks up the body of his faithful dog and carries her across the finish line, winning the race and saving the farm.

Let's review. Stone Fox is a story about love and loyalty. Willy loves his Grandfather and won't give up on him or on their farm. So he does everything he can, more than most ten-year-olds could, to save the farm. He gets the potatoes harvested, and when that isn't enough, Willy risks his own safety to enter a race to win the money they'll need.

Willy is able to complete the race and the harvest with the help of Searchlight, his loyal dog who loves Willy enough that she gives everything she has, even her own life, to help him. Stone Fox sees the loyalty of the dog and honors it, stopping the other racers and allowing Willy to carry Searchlight across the finish line, saving his grandfather and their farm.

Tales of a Fourth Grade Nothing: Summary & Characters

Littmus Lozenges in Because of Winn-Dixie

Because of Winn-Dixie by Kate DiCamillo | Summary & Plot

History of the Vikings