Strep viridans are bacteria typically found in portions of the body's digestive and respiratory tracts. Gain a better understanding of this bacteria and the treatments available when it causes an infection. Updated: 12/26/2021
Create an account

This morning, you probably brushed your teeth. After brushing, you may have noticed that your mouth looked and felt clean. But the truth is, even if it's clean to your eyes, it's actually chock-full of bacteria. One of the types of bacteria located within your mouth is a group of bacteria called Strep viridans, which is short for Streptococcus viridans or viridans streptococci. Streptococci is a term that implies the bacteria tend to look like chains under a microscope.

Strep viridans are actually a commensal group of bacteria. Commensal means they live on or in a person and derive a benefit, like a source of food or just a home, but they do not help nor harm us in return.

The viridans streptococci are normally found in:

On occasion, they can be found on our skin as well. Now let's look at how these bacteria can sometimes cause issues. 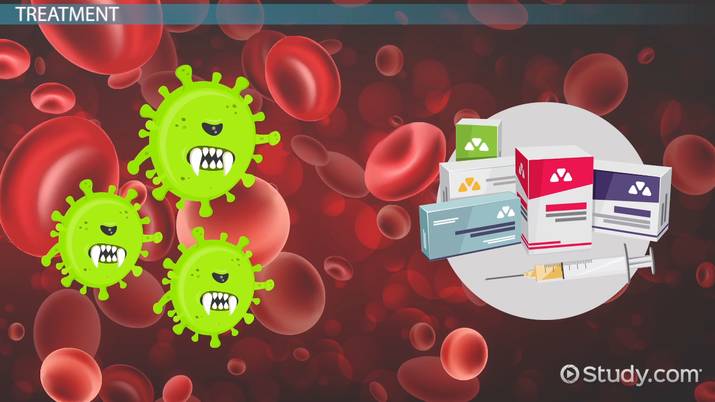 Coming up next: What Are Viruses? - Definition, Structure & Function

Now, I need to note something important right away. A commensal organism, even though under normal circumstances does not hurt nor help a person, can sometimes turn nasty and hurt us. That usually happens when a person is immunocompromised. This means their immune system, the police force and army of the body, is weak.

Just like some people are too scared to attack a strong person and will only attack a weaker person, some commensal organisms don't dare take on a strong person and only strike when that person is down and out for the count, so to speak. The viridans streptococci normally do not harm healthy people but may cause disease in people with compromised immune systems.

There are various such infections and consequent diseases that these bacteria may cause. These include:

Because the viridans streptococci are bacteria, infections caused by them are treated using antibiotics, or drugs that kill bacteria. Additional treatments may be necessary depending on the exact problem the bacteria have caused. Nevertheless, the core and mainstay treatment I want you to be concerned about are the antibiotics. Think of them as precision-guided bombs that kill bacteria only, without wiping out any other life form, including fungi, viruses, parasites, and yourself.

Originally, Strep viridans were susceptible to an antibiotic called penicillin. However, over many years, these bacteria have developed resistance to penicillin and many other antibiotics. Why? Well, if your enemy develops a weapon that can kill you, what will you naturally do? You'll develop a better defense system that can protect you against those weapons. A similar type of warfare occurs between our weapons and the bacteria's defense system over many generations. These, and many other types of bacteria, have been able to pass on genes that resist our weapons to their offspring.

Other kinds of antibiotics the viridans streptococci are commonly resistant to include:

This means that nowadays, other, sometimes more powerful, antibiotics must be used to defeat these bacteria when they harm us. These antibiotics include the likes of:

Hopefully, you won't fall victim to these bacteria, the Strep viridans, aka the viridans streptococci. These bacteria are a commensal group of bacteria, meaning they live in or on us but don't hurt us. Well, they usually don't hurt us. They can hurt us if we are immunocompromised, which means our immune systems are weak. Normally, however, these guys are found in or on:

When they do cause problems, they may cause:

The mainstay therapy for these problems is the use of antibiotics, drugs that kills bacteria, such as vancomycin. However, over the years, Strep viridans have started to develop resistance to some antibiotics, so more powerful ones must be used.